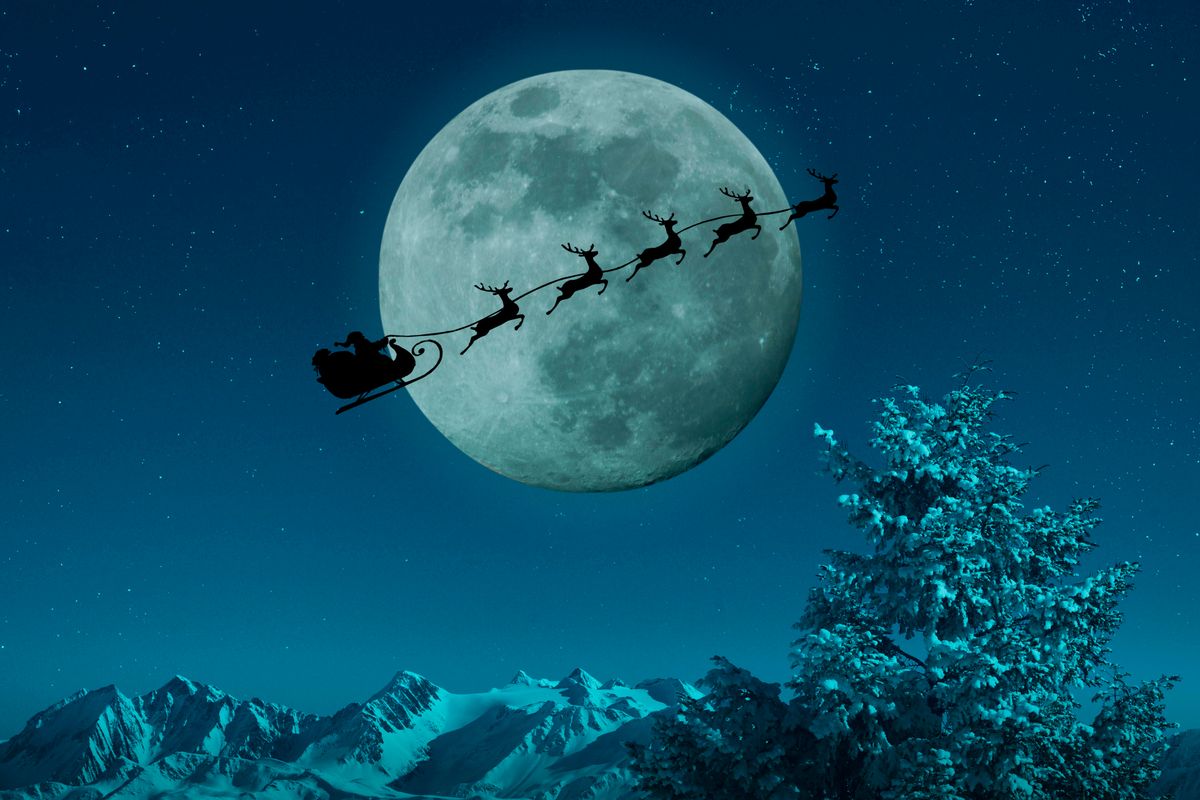 Tero Isokauppila is the founder and president of Four Sigmatic — a natural superfoods company that creates mushroom-based drink powders, including a highly popular coffee strain — and is dedicated to promoting the healing powers of mushrooms. Hailing from thirteen generations of Finnish farmers and foragers, Isokauppila has made the study and understanding of mushrooms his life's work. Through Four Sigmatic, he hopes to transform the world — and especially America's — understanding of what mushrooms really are and how they can be incorporated into a healthy wellness practice.

Isokauppila also delved into the relatively unknown history of Santa Claus' unlikely connection to magic mushrooms through Santa Sold Shrooms, (which would make great hostess gift, by the way). Read on to learn more about Four Sigmatic, the benefits of mushrooms and why there's far more to the Santa story than you ever knew:

A lot of wellness brands claim to do a lot of things these days. What makes Four Sigmatic different?

Well, Four Sigmatic is a geeky way of saying a very mathematical formula which says we focus on the 50 most researched roots in the world. So, some of those are very common — like cinnamon, black pepper, coffee, green tea, cacao, coffee, matcha, all that kind of stuff, hot chocolate. Then some are a little less known, but still, a lot of people know them — like tumeric, ginseng, maca. Then, within the top 50, there's also ingredients that very few people know, like reishi or lingzhi mushroom. So we want to make the world's most researched foods easier to access to people. Usually companies that have made really healthy products put them in powder tins or capsules, but they're inconvenient to use or not fun to use. We don't make big powder tubs. They're single-source and already packaged, so you just add hot water. There's no capsule, so you can still enjoy the flavor. I grew up using superfoods, and I would buy 72 different kinds, and making a morning smoothie would take me 45 minutes.

I think that the convenience is the one thing that sets Four Sigmatic apart. The other thing is that there's a lot of hype in this industry, and that's the one thing that I hated. I'm a thirteen-generation family farmer and a mushroom enthusiast, and I studied chemistry and nutrition. For a lot of health products — it's still kind of a Wild West-thing anyways. I'm also really passionate about education, which we do a lot of. We have a free mushroom academy where you can go online and study about mushrooms for free — and we have a free café in LA and we're opening one in New York where we just serve people free product. We have this social conscious education and focus. At the end of the day, the proof is in the pudding.

When did you realize that this was going to be what you wanted to do?

When I brought the business first in the U.S., I wanted all Americans to drink mushrooms. It's a tall order, you know. I believed in it.

Did you grow up doing that?

Well, partly yes. More in broths, but yes. Mushrooms were a big part of our heritage growing up. That's how I originally learned, through my mom. So, I wanted to make all Americans drink mushrooms. I believed in it, because I believe in the power of mushrooms, but at the same time, nobody was doing it. The moment it became an Amazon bestseller with the coffee, and we sold more than Starbucks and Nescafé, that was one of the moments when we realized, holy fuck, excuse my French, happening. What I had envisioned had come to life. Obviously it's still early days and we're a super small company, but it was one of those moments where you're like, "Okay. We're up to something."

Are you interested in the Silicon Valley market of people who are into nootropics and things like that?

We have a lot of those biohackers, just because we have the, I would say, market-leading product, and they find it. We sponsor Tim Ferris and some of those people in that audience, so we do have a lot of them, but what I'm most excited about is getting people who have never heard of mushrooms. I'm very proud when I look at our map where our customers come from and the Midwest and Southwest are full of like, orders. Me taking a healthy biohacker in New York or San Francisco and getting them to use our product versus someone else's product doesn't really make the world healthier necessarily. A lot of our customers don't like the flavor of mushrooms, but then they fall in love with our products, that's pretty dope.

So it's a cultural shift you're looking for.

100%. And through the culture shift, hopefully a consciousness shift, beyond just our products, but generally about fungi and the environment and agriculture as well.

And so Santa Sold Shrooms tells an origin story about Santa Claus that not many people know. When did you first discover the story?

About a decade ago. Almost any long story, it changes — like a game of telephone, you know? So, every culture has added their own spice. So, the story of Santa Claus, Coca-Cola, the soda Santa that we know, was propagated to actually New York .New York is the hub of Christmas in definitely the US, maybe in the world, and was brought by the Dutch. The Dutch got the story from the Germans — a lot of people think Saint Nicholas is German, but he's actually Turkish, and the Germans got it from the Italians. Saint Nicholas was a bishop, but there's no reindeers in Turkey. The Christians just adopted this pagan story from the Slavic people, and if you still today even talk to Russians or Ukrainians, they don't celebrate Santa Claus. They celebrate the guy called Ded Moroz. The Slavics took it from these indigenous people. So the story of Santa Claus, or Christmas, is like 5,000-ish years old, but because Christians adopted a lot of celebrations and a lot of things, then they kind of evolved and there's less and less documentation.

Are there still traditions around it?

Some argue that all religions, but definitely all indigenous traditions — celebrate the seasonal changes. The two big celebrations for the Nordic people are Summer Solstice and Winter Solstice. Summer Solstice is called "Midsummer." If you go to Scandinavia in the summer, people are dancing around the pole and there's magic being made. Then there's a Gregorian calendar and a Julian calendar, but it aligns Christmas with Winter Solstice. And this is beyond the Arctic Circle, so think of like, Alaska. So summer, there's no night, it's like 24 hours of sunlight, and then winter you have maybe two hours of sunlight, depending on which part. So it's really, really dark, and this was a big celebration that still exists, but obviously there aren't any more shamans going, there's doctors. But the reindeer still eat this mushroom and trip on it, so...

How do the mushrooms factor in?

So, then mushroom, the common name's fly agaric, but the scientific name's amanita muscaria, and it's the world's most famous mushroom. It's actually a part of pop culture as well. It's a mushroom that is so important, it's actually the most important mushroom, but nobody knows it. It's the mushroom on the Emoji. If you type in the emoji, you type in the mushroom, it's a psychedelic mushroom. If Super Mario catches a mushroom, and he becomes bigger and stronger, it's a psychedelic mushroom.

The polka dot mushroom. It's also legal, it's legal everywhere except Louisiana in the U.S. So unlike psilocybin, and the other common magic mushrooms, this one is legal everywhere but one state, and it grows almost everywhere. Also you think of Alice in Wonderland or the Jefferson Airplane song "White Rabbit," and if you look at Snow White everywhere there's these psychedelic mushrooms. So, it definitely has a bit of cultural power.

Why was it important to you to tell this story?

My whole career is based on mushrooms that make you healthier and make your skin better, we just launched with Sephora. We're one of the first ingestible beauty brands at Sephora and we have a lot of brain boosters that are very popular, and we have one of the more popular coffee products on Amazon. But, I always felt like it was important to also understand the cultural importance of fungi, and I think that this is probably the most important story. I would argue that Santa Claus is the world's most famous person, because beyond any religion from Asia to North America to Africa, people know Santa Claus.