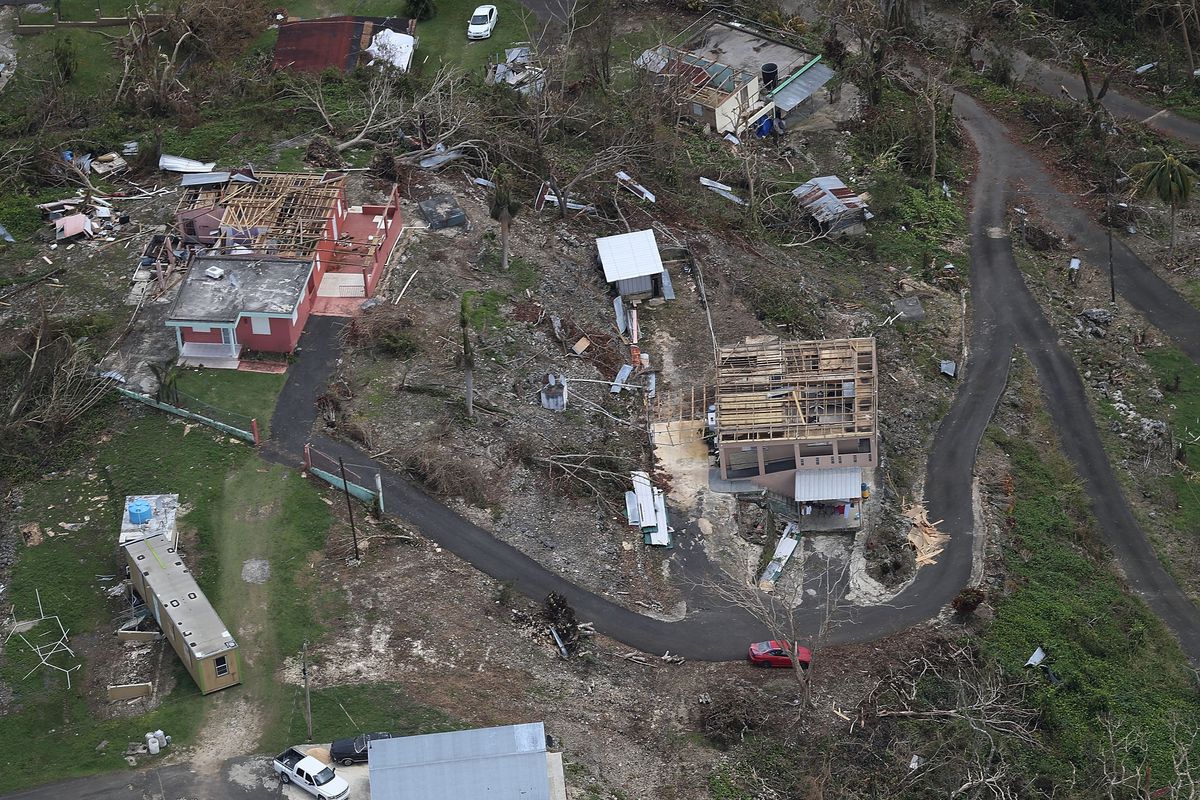 Why Oxfam's Decision to Aid Puerto Rico Is a Big Deal

Global anti-poverty organization Oxfam America has made the unusual decision to step in and aid victims of Hurricane Maria in Puerto Rico, even though it's a territory of one of the wealthiest nations in the world.

"Oxfam has monitored the response in Puerto Rico closely, and we are outraged at the slow and inadequate response the US government has mounted in Puerto Rico," Oxfam America president Abby Maxman said in a statement. "Clean water, food, fuel, electricity, and health care are in desperately short supply and quickly dwindling, and we're hearing excuses and criticism from the administration instead of a cohesive and compassionate response."

Oxfam typically only provides aid to countries that are truly impoverished. However, the organization says that a lack of political leadership as well as reports from the ground in Puerto Rico that conditions remain dire led them to take the rare step of providing resources to the storm-battered island.

Today, two weeks after Hurricane Maria made landfall, Donald Trump headed to a devastated Puerto Rico. Though he claimed the residents there "want everything to be done for them," there is reportedly little cell service, roads and bridges are destroyed (leaving people trapped and stranded), over half the island lacks clean and running water, only 5 percent of the electrical grid is back up (after the entire island lost power), and the death count is rising too quickly to keep up with, given the logistical nightmare the local government currently faces.

Upon visiting the island, Lieutenant General Jeffrey S. Buchanan called the damage "the worst I've ever seen," saying it looked "like an atomic bomb went off." The U.S. Virgin Islands face similar conditions.

Today Trump doubled down on his criticisms of Puerto Rico and his boasting that the federal government's response was adequate. "I hate to tell you this," he said to a group of officials, including Puerto Rican governor Ricardo Rosselló, "but you've thrown our budget a little out of whack." FEMA has reportedly spent far less on Puerto Rico so far than on Florida and Texas, which were also hit by hurricanes this month, but Trump said the states' situations were worse than the island's.

"In Texas and in Florida, we get an A-plus," Trump said today. "And I'll tell you what, I think we've done just as good in Puerto Rico, and it's actually a much tougher situation. But now the roads are cleared, communications is starting to come back. We need their truck drivers to start driving trucks."

Oxfam America's senior humanitarian policy advisor Scott Paul spoke to PAPER about the decision to go against the organization's typical policy and head to Puerto Rico.

"In general in wealthy countries and even in a lot of middle income countries, Oxfam doesn't respond. That's because in countries where there's enough wealth and technical capacity, really what you need to have an effective government response is strong government leadership working together with local communities," Paul said. He noted that while "some of the ingredients" are there, including enough money "if Congress chooses to appropriate it," a lack of political leadership concerned them enough to respond to the disaster.

"We also know that the US has incredible technical capacity," Paul continued. "We have emergency managers, meterologists, volcanologists, just people with really every specialization you can imagine, alongside first responders who deploy on a moment's notice to save lives. And a lot of them have been working really hard. But we noticed that we're not getting the political leadership from the president on down we need to have an effective response to this crisis."

Paul said the organization drew on accounts from both the media and from family members of staff to assess the situation. "We were also listening to Puerto Ricans," Paul added, "both through the news media and through the families of our own staff who have made it clear that they're really scared, and that help is not coming soon enough. So taking all that into consideration, we decided to respond."

Meanwhile, here is our president tossing paper towel rolls like basketballs into a crowd in Puerto Rico:

There's video of Trump shooting paper towels into the crowd and it does not disappoint pic.twitter.com/KPfJ1AeAqk
— Caleb Ecarma (@calebecarma) October 3, 2017

For ways to aid the victims of the hurricane, head to our guide on how to help Puerto Rico.