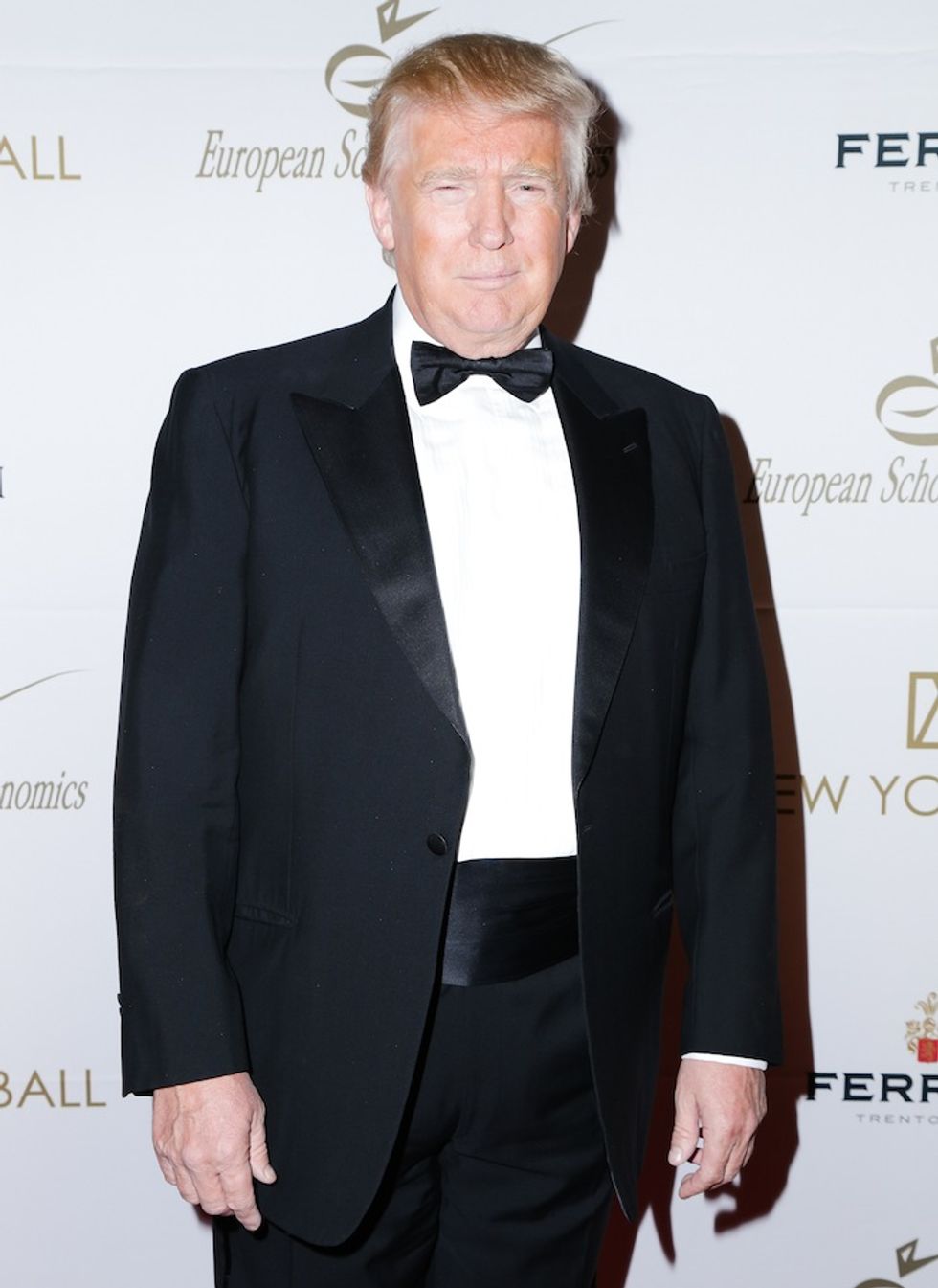 Why Our Trump Obsession Needs to End

by David Hershkovits
PAPERMAG
[Photo by Matteo Prandoni/BFA.com]
So much has been written about Donald Trump that I have resisted adding my own two cents. But as a New Yorker living in one of the world's most liberal, tolerant cities, I take a personal affront at the Trump talking points that have made the sociopathic, narcissistic, racist, flimflam man beloved by Americans who don't know any better. A loser who's been bankrupted four times and married three selling himself as a winner. Only Carly Fiorina comes close to him in the outright lie department.

But now's the time to speak up. You know, kick him when he's down. Sportsmanship be damned when we're fighting for nothing less than the survival of what's left of America's good name. He insults Mexicans, women, anyone who disagrees with him, shows no compassion, serves up birther bullshit and is generally the Ugly American come to life.

I say he's down because his numbers have dropped and I sense that the media has had enough of him, too. We've seen his schtick too many times. He's crossed over from perversely amusing to gratingly annoying with only one direction left to go. Down for the count. Trump, you're fired!

Others have pointed out -- there's no shortage of punditry when it comes to the subject of Trump -- that he's done nothing more than unleash what was already there, bubbling under the surface, a righteous indignation shared by many blowhard politicians indebted to campaign contributors who care about nothing more than holding on to their ideological bonafides and pandering to their electorate. The greater good of the country be damned. Trump has successfully tapped into that sentiment and enjoyed the media's obsession in return.

Back in the day, before he emerged as a right wing bigot, Trump enjoyed the limelight that's granted to anyone who makes it as a celebrity in New York. His presence on the social scene was common, considered a "get" at charity events as well as a desirable photo op for the likes of Neil Young, Russell Simmons, Al Sharpton, Bill and Hillary and Diddy. When this moment passes -- as it will -- and Trump is once again relegated to being just another rich New Yorker with an ego to match, I hope that all will not be forgotten, that he will be shunned by these same people who once courted him. He has crossed the line from being a buffoon to being dangerous, contributing to the unleashing of prejudice and mean-spiritedness throughout the land. This is not something New Yorkers should let slide. Perhaps he should move his headquarters to Iowa where the polls tell us they like him -- or at least 25% of the Republicans do.