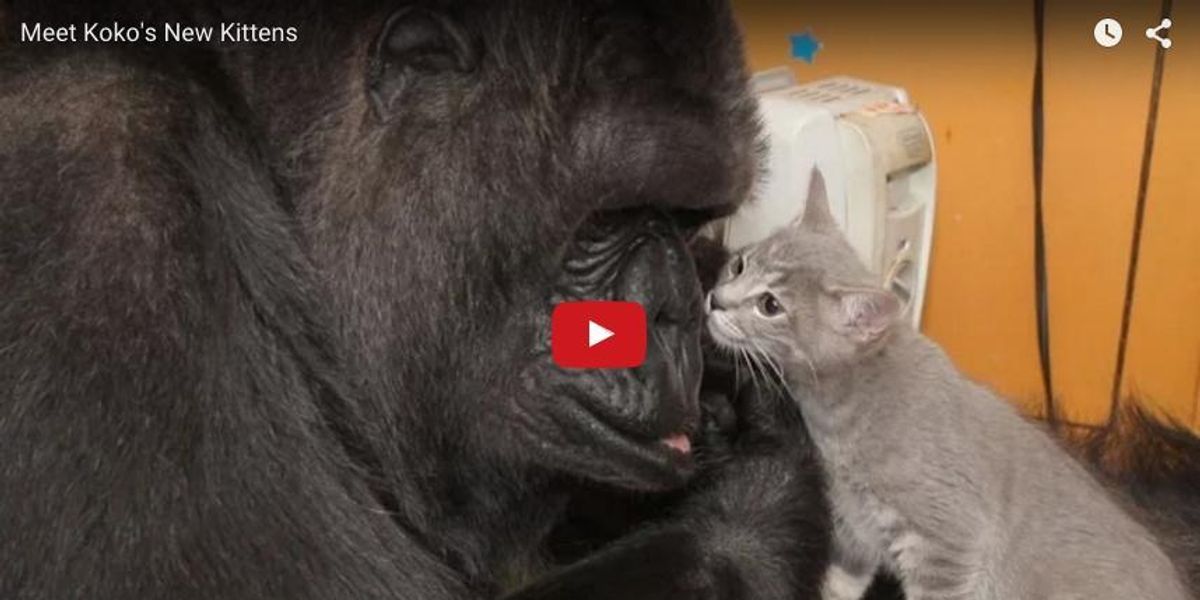 Why Koko the Gorilla Needs a New Social Media Team

Koko the gorilla has a social media problem.

"Actually," you're probably thinking. "She went viral as hell this week." And you're right. A video of her adopting two kittens for her birthday was uploaded to her YouTube channel Tuesday and already has over a million views. If you haven't seen it shared by every member of your family and graduating class yet, you should check it out. It's very sweet.

The issue? She celebrated her 44th birthday in July -- and the video sat around for four months before it was released. Even weirder, the video wasn't the way her team decided to break the news. 18 days earlier, the September 25 edition of the koko.org email newsletter rolled out a bunch of photos of Koko with the kittens. Then seemingly at random, at 5:00 PM on a Tuesday, they dropped the accompanying video.

Imagine any celebrity rolling out a news item that way. If Chrissy Teigen adopted two kittens on her birthday and wanted to show us pics and a video, they'd be simultaneously debuted across every platform like it was a g-d Apple event. Samsung would probably sponsor it. It's a testament to Koko's relatability that the video reached as many people as it has. No shade to her team at all, but tbh that clip went viral despite how they told the story, not because if it.

But the Gorilla Foundation's first priority isn't PR -- it's research, which makes sense. There are plenty of theorists on Koko message boards who think Penny Patterson, the Stanford psychologist responsible for Koko and the Gorilla Foundation, hasn't been doing enough (read: anything) with Koko for decades, but that seems like a moot point, too.

Patterson developed an entire new language, Gorilla Sign Language, and Koko is the planet's most fluent speaker of it. That's insane! Right now, in 2015, a gorilla can make jokes -- and hope to make you laugh. She can title her own paintings. She can fangirl over Mr. Rogers and tell him about it.

It's not Patterson's mission or responsibility to constantly heighten the experiment or position Koko as some pop culture hypebeast. The missed opportunity here is that they've essentially raised a great ape into a human teen, and they're not letting her blog about it.

Think about it: like most teens who live at home with their parents and are dreaming of something more, Koko has a lot of feelings all the goddamn time but doesn't have the vocabulary or life experience to relate to anyone around her. TV is her only window to wider culture, and she gets crushes on the guys she sees there. She met her current boyfriend by video dating, but they're not having sex yet.

I just want Koko to have the social presence of any red-blooded American teenager locked in her bedroom and pissed off at her mom. So, as a service to The Gorilla Foundation, and maybe also as a job application, here are my (free!) suggestions for how to improve Koko's social presence:

It's nothing too crazy, to be honest. She's an actual national treasure and living legend, and she should be viral in America's hearts every day -- not just the ones when someone offhandedly remembers you have YouTube account.