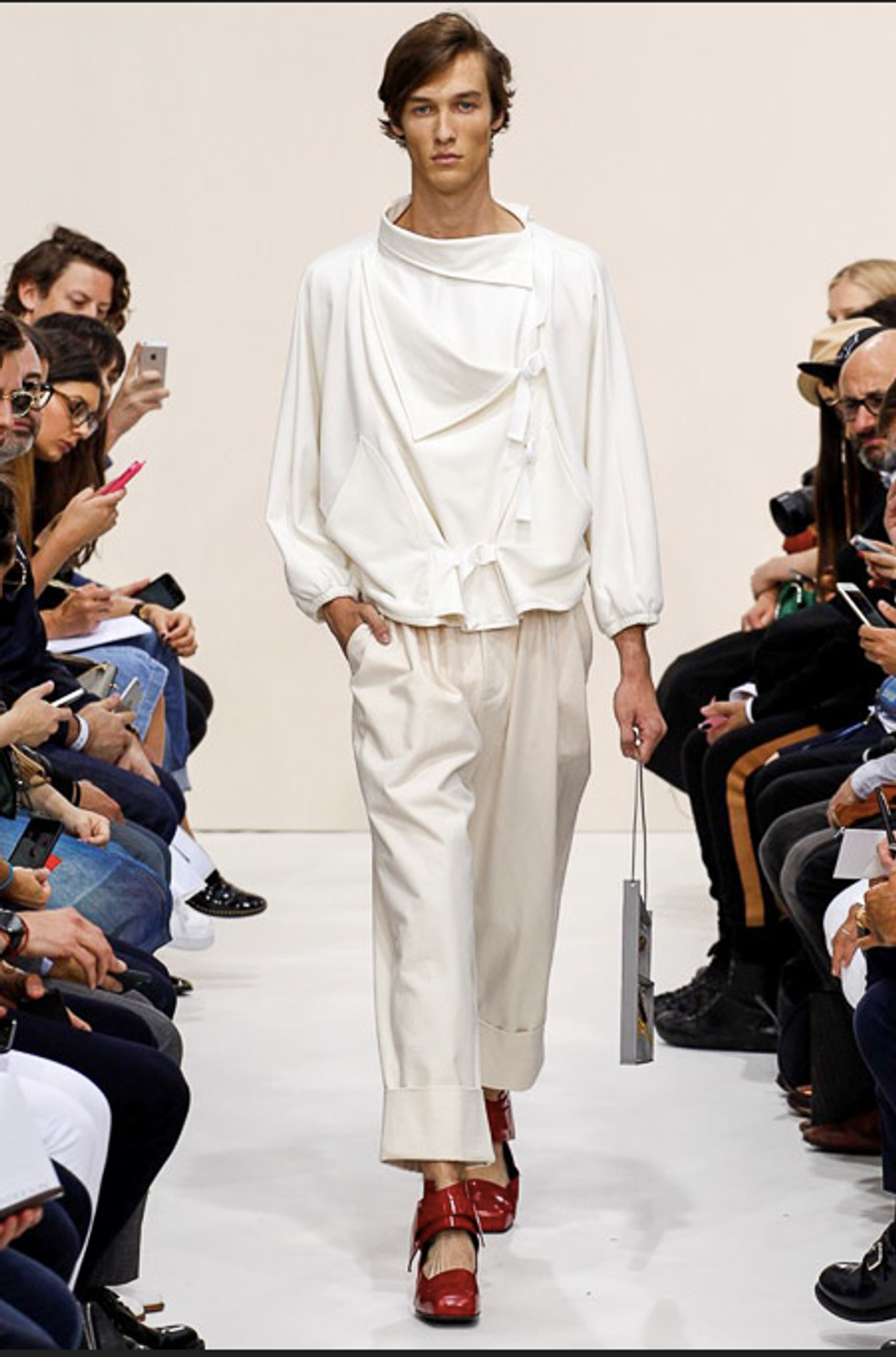 This morning in London, JW Anderson showed his Spring 2016 Men's collection and once again reminded us that this show sets the tone for the entire fashion season (not just the men's season). In the way that for years Miuccia Prada has set the tone with her Milan women's show, Anderson now leads the fashion flock in a new direction. Along with Alessandro Michele of Gucci, his castings have redefined the men's beauty look of the moment: Lanky, slim-shouldered, androgynous boys evoke equal parts 1980s new wave and Evelyn Waugh. The silhouettes are androgynous in a deadpan way -- it's not kitsch or drag-camp but instead reflective of a more gender-fluid youth culture today. His clothes ignore gendered fashion rules of what is "meant" for a boy and what is "meant" for a girl. While these looks might not end up on style-conscious dudes outside the major fashion capitals, they lead the fashion world into a new direction.