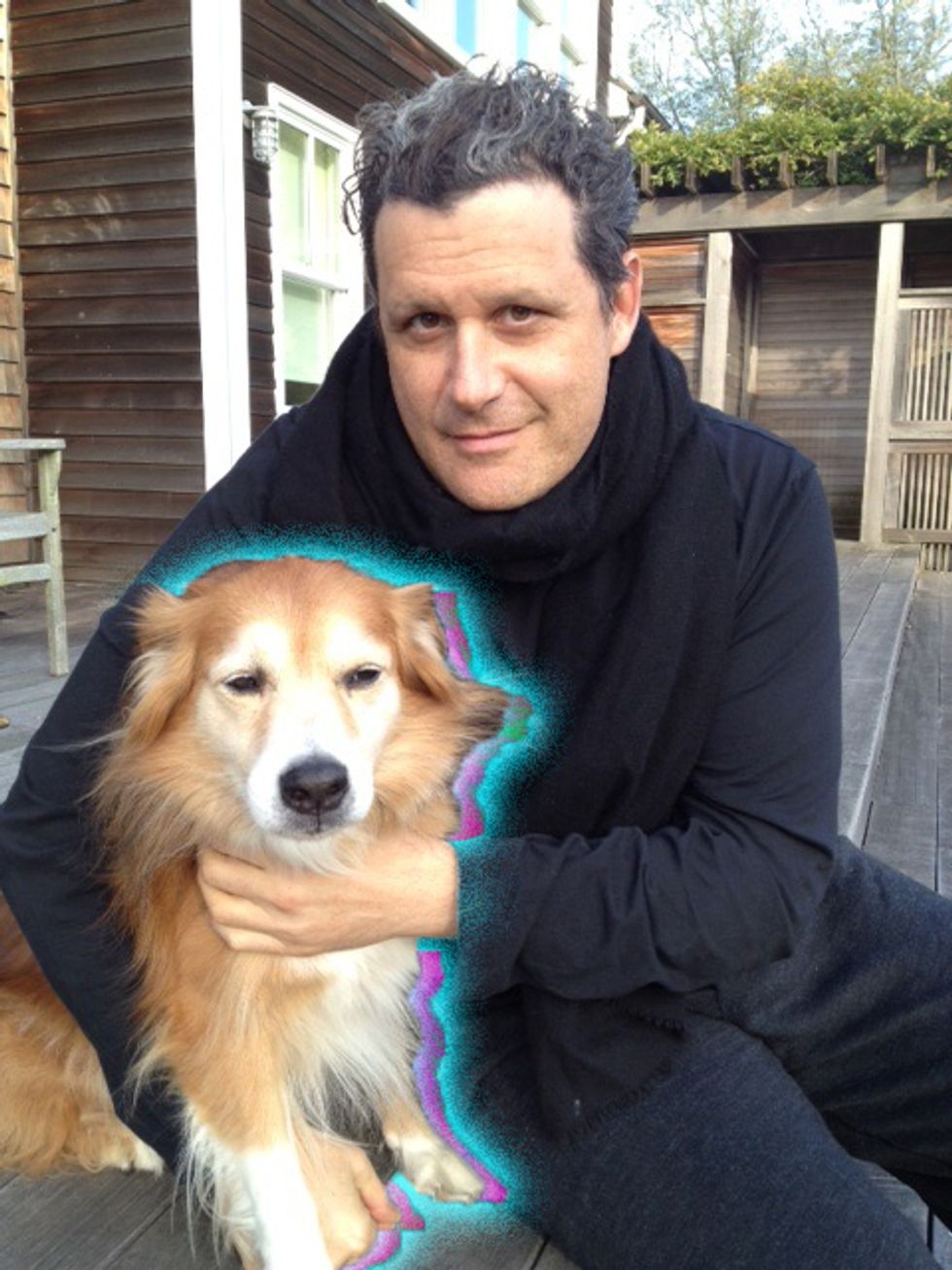 Why Fashion Peoples' Pets Are Becoming Their Spirit Guides

by Matthew Reinhold
PAPERMAG
(Photo courtesy of Isaac Mizrahi; graphic by Avinash Hirdaramani)
Recently my parents took my boyfriend and I to a weekend retreat in the village of Lily Dale in upstate New York, a hamlet that has the largest congregation of mediums in the world. Originally home to the Fox sisters, who are largely credited as founders of the Spiritualism movement, which believes that the dead can communicate with the living, Lily Dale is currently a top destination for folks curious about New Age-y religions, Spiritualism and all things occult. For my family, a visit to Lily Dale is an annual tradition. Both my grandmother and great-grandmother claimed to be clairvoyants and my mother is no stranger to a dream catcher or a bit of cleansing sage.

We were there for a seminar on finding our spirit guides or an entity that can provide guidance and inspiration. So, in a congregation hall reminiscent of 17th century Salem, my mother, father, boyfriend, 25 crystal-covered hippies, and I closed our eyes, and went into what our instructor called the "safe place." It was there that we asked the universe to reveal to us our spirit guides. At that moment, in my mind's eye, my three-year-old blue-grey hairless cat, Fuss, trotted over, sat down, and blinked slowly into the sunshine.

As it turns out, I am not alone: there is a growing constituent of people who believe that their pets serve a greater purpose in their lives. And, perhaps not so shockingly, a lot of these people are in fashion. For an industry that can occasionally turn into a pissing contest to see who can be the most outrageous and ahead of the curve, it makes sense that some designers would look for unorthodox inspirations, elevating their pets into muses (see: Karl Lagerfeld and Choupette) and beyond.

Isaac Mizrahi tells us about the importance of his German Shepaherd-mix, Harry: "I paid seventy grand for a crystal, which was insane; it was specially washed and it lived inside a tree, ya know? And honestly when I got the crystal my life improved by like 30% or something, but when I got Harry... 70%!"  Harry has even played match-maker. "I met my husband Arnold because of Harry, which is a common story," Mizrahi says. "I was walking my dog and I met Arnold on the street."

"To call Harry my spirit guide sounds too on the nose," Mizrahi continues. "There is a deep deep deep deep deep connection! There is a physical connection and an emotional connection. If I cough, he can't bare it, right? He leaves the room. If I'm crying he literally comes over and licks my face -- so it's deep and it's profound." Harry even shepherds Mizrahi off to sleep each night and keeps the designer on a strict bedtime schedule.

Like Mizrahi, designer John Bartlett thinks his dogs play an important role in his spiritual life. An avid Vedic meditator, Bartlett says he spends 20 minutes repeating a mantra twice a day. It's often thought that during these sessions, an energy field is created around the meditators that animals are particularly sensitive to. "Dogs sense when we are meditating and easily go to that place with us, which often involves sitting on my lap," Bartlett says. His canine brood consists of chihuahua Papa, terrier-mix Millie, and baby Bernese Mountain dog Hugg, all of whom are rescues.

For others, pets may provide career inspiration and guidance. Self proclaimed 'Crazy Cat Lady' Abby Moriarty, Women's Design Director at Calvin Klein, says that "it's no secret that my cats are my everything. They're my aesthetic spirit animals as well as my guides." Her twin cats, River and Eames, are both Domestic Short Hair (DSH) rescues with snow-white fur and blush pink noses. They live in her white and blush apartment and they adorn the walls of her white and blush office, alongside the white and blush clothing pieces she creates.

Her story began with her first cat, the late Flick, also a DSH, who, Moriarty says, "guided me during a time when I moved from corporate fashion to freelancing, and was working for myself." She adds, "I finally had down time, and I spent it with him." It was during this quality time when Moriarty came up with the idea to create breathofthecat.com, a fashion blog inspired by Flick's clean and sparse good looks and terrible cat breath. The blog's popularity garnered the attention of Shepard Fairey who invited Moriarty to do a capsule collection based on her site for his OBEY line. "I really came up with that concept with Flick. He calmed me and guided me to inspiration in a time of transition," she says.

While it's easy to pass all of this off as just another "silly fashion people trend," doctors and animal experts alike share the idea that animals possess a sort of higher power. Self-proclaimed 'Vegetarian Veterinarian Weirdo' Dr. Linda Bender, the author of the book Animal Wisdom and the teacher of a class at New York's Open Center called "Animal Wisdom, Learning from the Spiritual Lives of Animals," says, "We are finally rising to animals' consciousness levels!" She explains that there are various levels of consciousness and as humans, we live on the surface and it's where we experience our daily life and discourse. Animals, on the other hand, exist on a "pure energy level," without any egos or neuroses. If we can turn inward and concentrate, we can start communicating emotionally rather than verbally, which is how our pets speak to us and, in some cases, bring us guidance, inspiration and calm.

And if it seems like a stretch to imaging getting guidance from a creature that drinks out of the toilet or sleeps 23.5 hours of the day, just remember which one of you stress eats, picks at your skin and needs to take a Xanax before you go to bed/go to a meeting/go to a party.