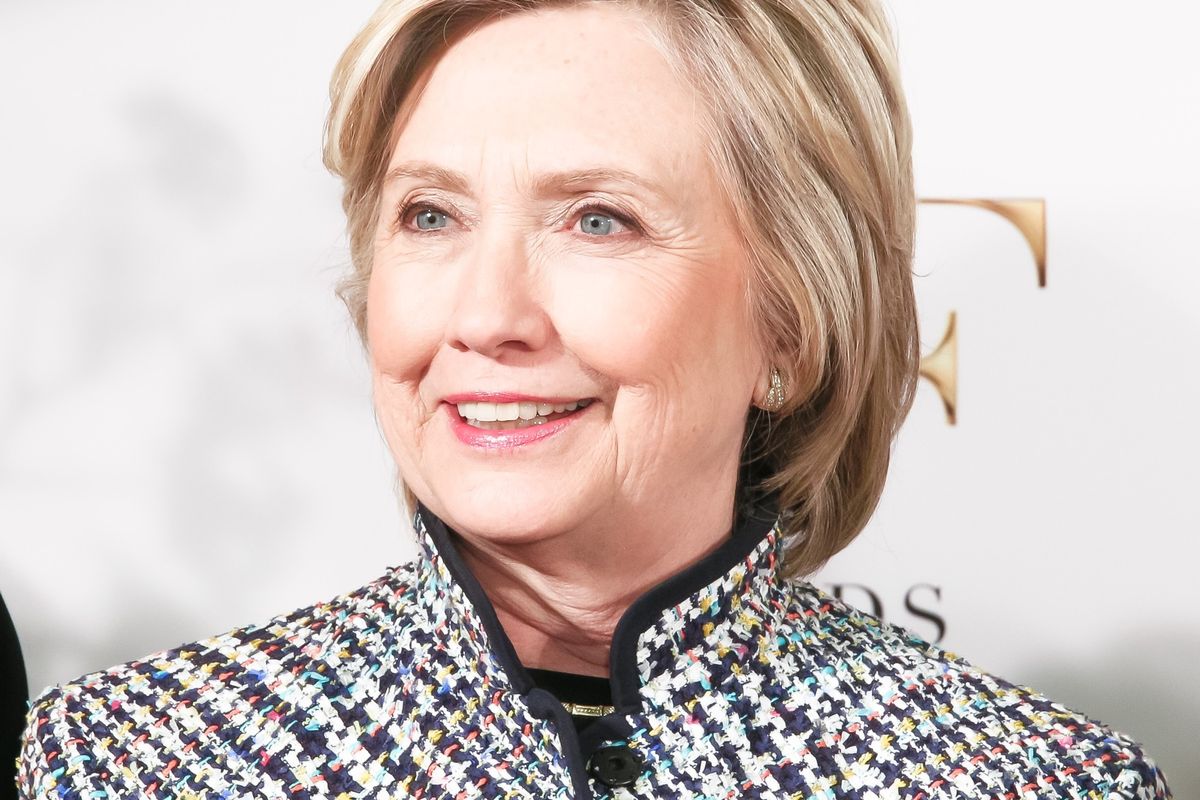 Why Are We Talking About Hillary Clinton's Kitten Heels?

It's always great being a woman. No matter how powerful, how smart and how accomplished you are, there's always room for snarky criticism and snide jabs -- whether it be your penchant for pantsuits or sensible footwear. And it's something that unfortunately became quite the talking point during last night's Presidential Debate, which was supposed to be centered on homeland security, economic growth and race relations.

It all started with the Internet during the debate. Because despite Clinton's universally agreed-upon trouncing of Trump ( even amongst conservatives), one of Twitter viewers' biggest gripes with her performance centered around her choice to wear kitten heels.


Hillary's heels weren't even kitten heels they were like unborn cat fetus heels like they never needed to be that small
— Erin (@saintdyana) September 27, 2016

And I heard Hillary was wearing kitten heels at the debate.
— Becca Carter (@BexxCarter) September 27, 2016

Half inch heeeeels she walked in the debate like nobody's business... pic.twitter.com/VMHlDtTwGX
— Myke (@Liberianboii86) September 27, 2016

But why does Clinton -- a 68-year-old Secretary of State who holds the historic honor of being the first woman nominated to nab a major party ticket nomination -- need the height of her heels questioned. During what's basically an incredibly stressful, 95-minute interview for the most important job in the world (in front of 100 million+ viewers while being screamed at the whole time) is a little physical comfort really that egregious? But also, realistically, the kitten heels are a sensible footwear choice that is age-appropriate, classy and serious. It's the best possible compromise she could have made given the criticism she would've undoubtedly gotten if she wore flats ("lazy, frumpy") or 4-inch heels ("why is this old woman in such high, age-inappropriate heels?").

However, this unfortunately doesn't really come as much as surprise, as it's yet another occurrence that speaks to the hideously unfair double standard the appearances of professional women are. You can never win in the eyes of the public, even despite consistently demonstrating that you're vastly overqualified and have decades of experience. You're always wearing too much or not enough. The fact that the way they present themselves is supposedly an indicator of their ability to "run the country" is inherently fucked. Women's superficial grooming choices are constantly magnified, scrutinized and internalized in ways that affect important polling traits, such as likability, confidence and effectiveness -- an appearance-based correlation men tend to be immune to. Take Trump, whose choice of suits, ties and shoes are never dragged.

I think they used too much hairspray on Hillary's hair OR she forgot to dry shampoo this morning. #greasy #Debates2016
— Margaret (@marharvell) September 27, 2016

Then again, it's not this is the first time Clinton's been criticized for simply existing. Remember, even Trump's last jab in the debate was about her not having " the look".

Smile. Not too much. But smile. But not too much. pic.twitter.com/kTCmJoGp4r
— Erin Ruberry (@erinruberry) September 27, 2016