Why Are We So Obsessed With the '90s? 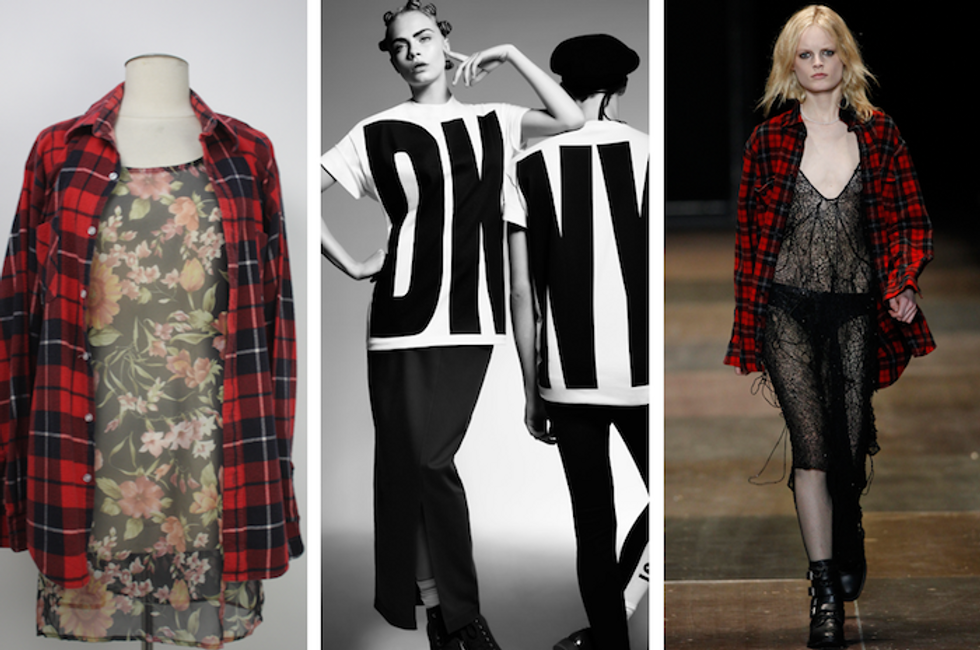 In the last few months alone, we've seen the New Museum's NYC 1993: Experimental Jet Set, Trash and No Star exhibition, a DKNY collab collection at Opening Ceremony featuring reissued pieces from the '90s and, of course, Hedi Slimane's scandalous Saint Laurent runway show where the models walked out in chic grunge-rock babydoll dresses like the ones Courtney Love used to wear in 1994. So what the hell's going on here?

We asked Laura Wills, the owner of NYC's legendary vintage store Screaming Mimi's, to share some insight. "It always takes 15 to 20 years for the resurgence of a trend," Wills explains. She says she first noticed the craze among her own stylish employees. "A lot of my staff and customers were '90s babies and like to romanticize a period that they barely knew and now want to live in." She adds, "I think kids feel much more drawn to the '90s now than the '80s because they don't like the excess or the fashion [of the '80s]. To them, the '90s are much more interesting because there was so much going on in fashion and music." Aside from ubiquitous grunge mainstays like flannel and babydoll dresses, Wills points to the rise -- both on the runway and on the street -- of crop tops, tube skirts (or "bodycon" skirts as we know them today) and graphic, oversized t-shirts, all of which can be traced back to the popularity of hip-hop and streetwear trends during that decade.

At Screaming Mimi's, Wills has noticed customers taking a similarly expansive approach to '90s styling, flocking to everything from "big, shapeless dresses like what Elaine from Seinfeld [wore]" and "boys' vertical striped shirts from Polo or Tommy Hilfiger -- a mix of preppy and streetwear." And, just as the reinterpretation of any fashion era brings modern day tweaks and changes, Wills says she sees people contemporizing '90s looks by "mixing two kinds of silhouettes...like wearing an oversized long jacket with a tiny crop top under it."

And what current trends will the cool kids be scouring Screaming Mimi's for in 2033? Wills has a hunch that the avant street style made famous by brands like Y-3 and Jeremy Scott will be making a comeback. So save your old rainbow computer key head-to-toe look and drop crotch pants for your children, folks.