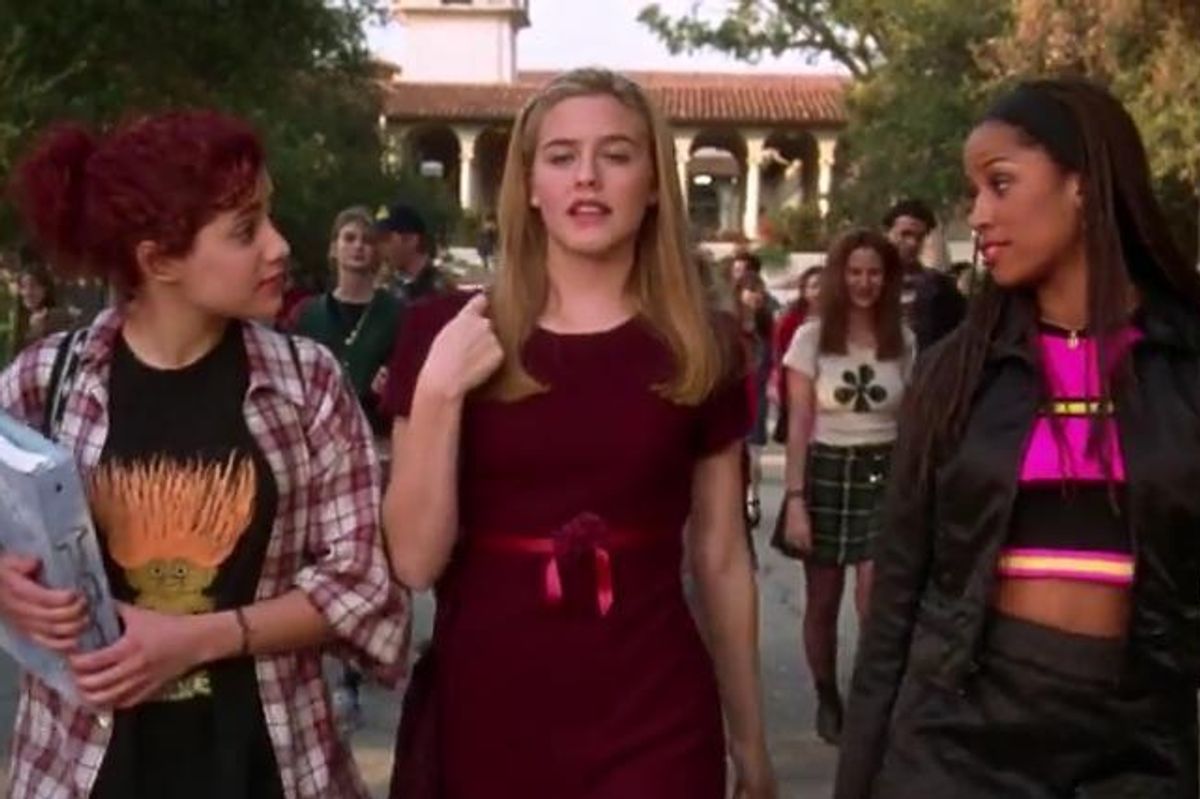 Why '90s Teen Movies Are Actually the Best Sex Education

In the 1995 classic Now & Then, there's a scene in which the uptight and rule abiding Chrissy is approached by her mom who decides it's time to talk about "the facts." "You mean sex," Chrissy counters. And that's "very scary for Mommy." (Evidently, "it's like somebody going, 'Boo!' - 'Ah!' that's what sex is.")

Chrissy might have had the worst sex talk imaginable but she goes on to learn from her "trashmouth" friends all about the intricacies of French kissing, breast sizes, and hard-ons. It's also how anyone who grew up watching teen films in the nineties learned the ins and outs of sexual health in a way our public school systems could only dream of teaching.

That's because twenty years back, there was no "right" way to have sex in teen movies. Some teen characters desperately thirsted for it, some abstained, and some were so nonchalant about sex that it was hardly worth mentioning the whos, whens, and wheres of it. (Here's looking at you, Dazed and Confused.) And this was great: If the only wrong way to have sex was if it was being forced on someone, as in a rape or sexual assault, it erased the concept of sexual norms. For '90s movie teens, sex became merely a part of life, subject only to the terms of whoever's having it.

This is a lesson the genre embraced in a big way, particularly since few characters approached sex similarly. In Clueless alone, heroine Cher chooses to abstain from sex completely, Dionne waits for the right time with boyfriend Murray, and Tai approaches it very casually (even apologizing for treating Cher's virginity callously). Which is huge, when you recognize that Clueless looked at sex as a spectrum representing the realities of teen culture. Some teens do it, others don't, and others don't particularly care either way.

In 10 Things I Hate About You, Kat chooses to stop having sex with her boyfriend Joey because she decided she wasn't ready. While that choice and it's consequences--namely being ostracized by the in-crowd--shapes her "go fuck yourself" attitude, what was even more important was how the movie did a brilliant job of letting Kat make her choice without making a judgment about sex itself. Meanwhile, Can't Hardly Wait sees a slew of characters treat sex and the pursuit thereof as an extension of love, boredom, and everything in between, while Pleasantville's teens used it as a tool of liberation.

That's even more important when you realize how this genre approached the concepts of sexual stereotyping and slut-shaming in general. Though set in the 1960s, 1999's But I'm A Cheerleader pushed back against heteronormative ideals and celebrates the idea that love is love. Cruel Intentions directly addressed the Madonna/whore complex by pitting two characters embodying those archetypes against each other. Though it does end up villainizing the more sexual woman and warning against the evils of sexual fluidity, activity, and manipulation, the film is also a realistic portrait of the way society pigeonholes sexual women. Empire Records addressed the damage caused by slut-shaming. When Gina responds to Corey's insults by sleeping with the man Corey likes, it leads to a conversation about their fears, regrets, and being true to who you are, and makes their friendship even stronger. Hell, even She's All That -- a movie that is so wrong about so many things -- painted mean girl Taylor as the villain not because she was having sex with her new boyfriend, but because she was cheating. It's never about the act of sex -- it's about what it represents.

But that being said, these teens were not transformed by their choice to have sex (or not). Richard Linklater's excellent survey of '70s youth, Dazed and Confused, treated sex mostly as a shoulder shrug and middle school goals. And we all know the titular couple in Romeo + Juliet would've still been suicidally in love, regardless of whether or not they consummated their wedding night. In these films, sex may be a plot device, but it's not the plot. Which is probably why we're still so obsessed with these stories and characters.

Even when sex is key to the plot, it leads to a larger conversation. Sex in Singles is treated casually until it leads to pregnancy for the main character, (a narrative that is transformed again by a miscarriage). In 1994's Reality Bites, sex plays a huge role in Vickie's story, and leads to a bigger conversation about HIV and the realities of being sexually active at a time when fears about AIDS were still front and center. American Pie arguably tackles the myth of male masculinity by confronting the ridiculousness of hanging one's worth on their partner count. This is part of what makes these films so valuable--while teen-centric and sometimes ridiculous, they also reflect the realities of trying to navigate sex, sexual expectations, and health in a modern time.

Some parts of the '90s might feel painfully dated now (just check out out all those landlines), but when you realize that movies like Love & Basketball explore sex and serious relationships in a way that's both hopeful and heartbreaking, or Scream takes a knife to the virginity myth, the exact decade doesn't seem to matter as much anymore. Especially since modern films seem more old-fashioned. Last weekend's Mike and Dave Need Wedding Dates prioritizes the happiness of its heteronormative "nice guy" lead characters. 2004's Mean Girls used sex as a social weapon in the wars between teen women. And every Nicholas Sparks film treated sex as a precious treasure that can't exist or occur without love. In short, we can do better, and the proof of this is in the past.