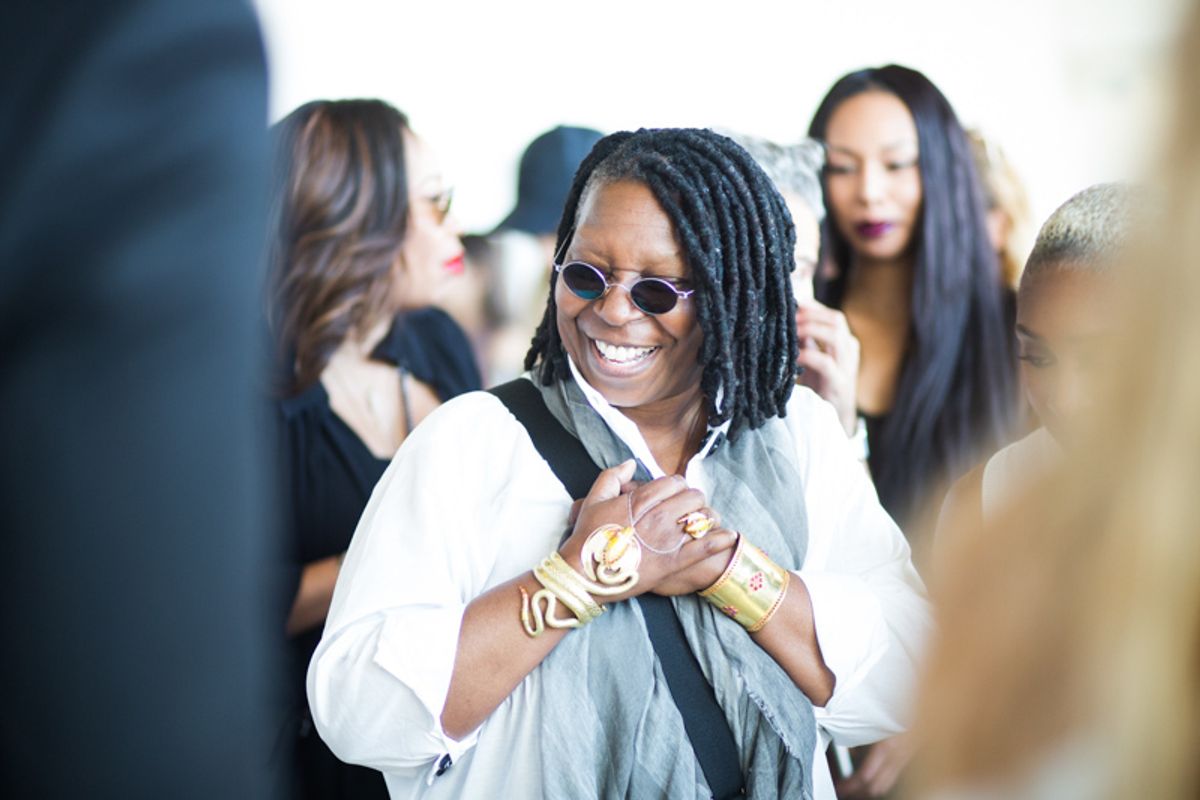 It's never too early for Christmas anxiety!

Caryn Elaine Johnson (known to us mortals as Whoopi Goldberg) has been a fashion icon for decades, and especially in recent months, and is now solidifying her status as garment sage with a capsule collection of holiday sweaters for Lord & FUCKING Taylor, out at the end of October.

Ms. Goldberg has blessed each of the nine options in the batch with some Whoopi-approved Alt Yuletide glory...

The EGOT winner told Vogue about her inspiration:

You can't call them "ugly." Mine are kind of "funny Christmas sweaters" or "Christmas sweaters with a twist." They are actually quite wonderful, and they feel good. I have a lot of sweaters that I have bought from lots of different people over the years, but it seems that after two, three years the sweater quality has gone down for me, so I was kvetching about that. I think that's what initiated it. But I love good sweaters, fun sweaters, and holiday sweaters, so I've tried my hand at it.

On keeping it diverse:

There is a Christmas tree with a Charlie Brown Christmas tree, and on the other side, it's a Christmas tree of how the Christmas tree sees itself, which is a big, lush beautiful thing that's lit, and the lights light up. There's an octopus; he is wearing a yarmulke. He has a menorah and he is trying to hold everything. There is a little boy who's decorating the Christmas tree and he's holding the yarmulke and he's got dreidels; he's got Christmas trees. It's basically about how we are all in this together. There's a [sweater that depicts a] family, which is like “what makes a family." Everyone looks like each other in the family except for one person who doesn't look like anyone else in the family, but it's a holiday so they're all together anyway. I love the Rockettes, and I felt that we should have reindeer like “Reindeer Rockettes." It's all in my funny, weird head of things that I like to see. There's a great one of two Santas kissing, one white Santa and one black Santa, and it's fantastic. It's anything that will elicit a smile or an “aw" from you; that's what I want.

And most importantly, on not giving into the god damn holiday rush Hell vortex that opens its chasm-mouth before Halloween even happens:

I'm old school. I won't break them out until December 1. For me, you get out of the turkey's way; you take a breather.