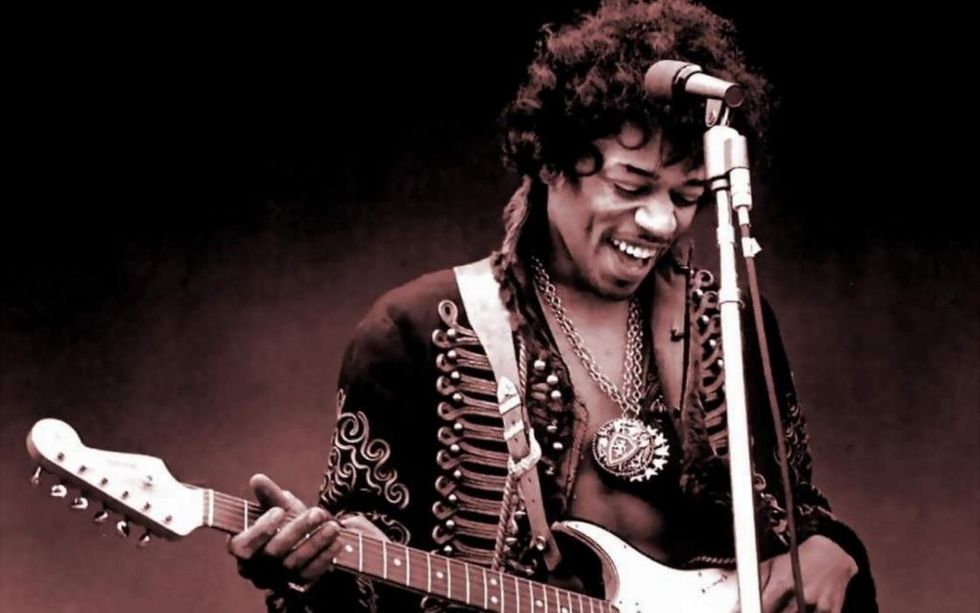 Who Was the Dude John Lennon Wanted to Sleep With Most? We Investigate.

Yoko Ono, musician/performance artist/Twitter prophet/sentient scream lost in a windstorm, opened up to the Daily Beast about her late husband, John Lennon, and mentioned his probable desire to sleep with another man.

The polarizing figure, who is receiving an Icon Award at the Attitude Awards in England today for her unwavering support of the LGBT community, described her marriage to the legendary rock star during the mercurial '70s, where sexuality was decently flux.

Of John, who was also an avid supporter of gay rights, Ono said, "John and I had a big talk about it, saying, basically, all of us must

thinking that we're not [bisexual] because of society. So we are hiding

the other side of ourselves, which is less acceptable."

On John's "type," Yoko basically said the dude would have to be hot AND intelligent, which, like, way to be obvious, John.

"'I don't mind if there's an incredibly attractive guy,'" Yoko claims John told her. "It's very

difficult -- they would have to be not just physically attractive, but

mentally very advanced too. And you can't find people like that."

Yoko then went on to dispel the rumor that John slept with Beatles' manager Brian Epstein, while not exactly denying that there was something between them.

"It was almost a love affair," Yoko said, "but not quite. It was never consummated. But it was a pretty intense relationship."

Juuuust kidding, but the way she does seem to paint John reminds us of that "smart bro" at Oberlin College who j/o's with a hot gay friend while on mushrooms sophomore year and then says, "I'm pan (sexual)" for a few months.

Either way, it's pretty fun to imagine J-Lennon boning a dude, and pretty awesome that he was that open back then.

Time to narrow down a list of gents in that era who we can imagine John having dug enough to take to bangtown.

A vocalist for The Monkees/friend of Lennon's. Monkees and Beatles. Apples and..gay sex.

The psychedelic folk singer's song "Everybody Talkin'" was featured in the queer classic "Midnight Cowboy." Fitting!

Cassavetes could have used the experience as a research for a guerrila-style indie about gay sexs.

Spiritual adviser for The Beatles during their "India" years. Tantric fun on the side?

It's said that Dylan introduced The Beatles to weed in the 60s...so why not this, too.