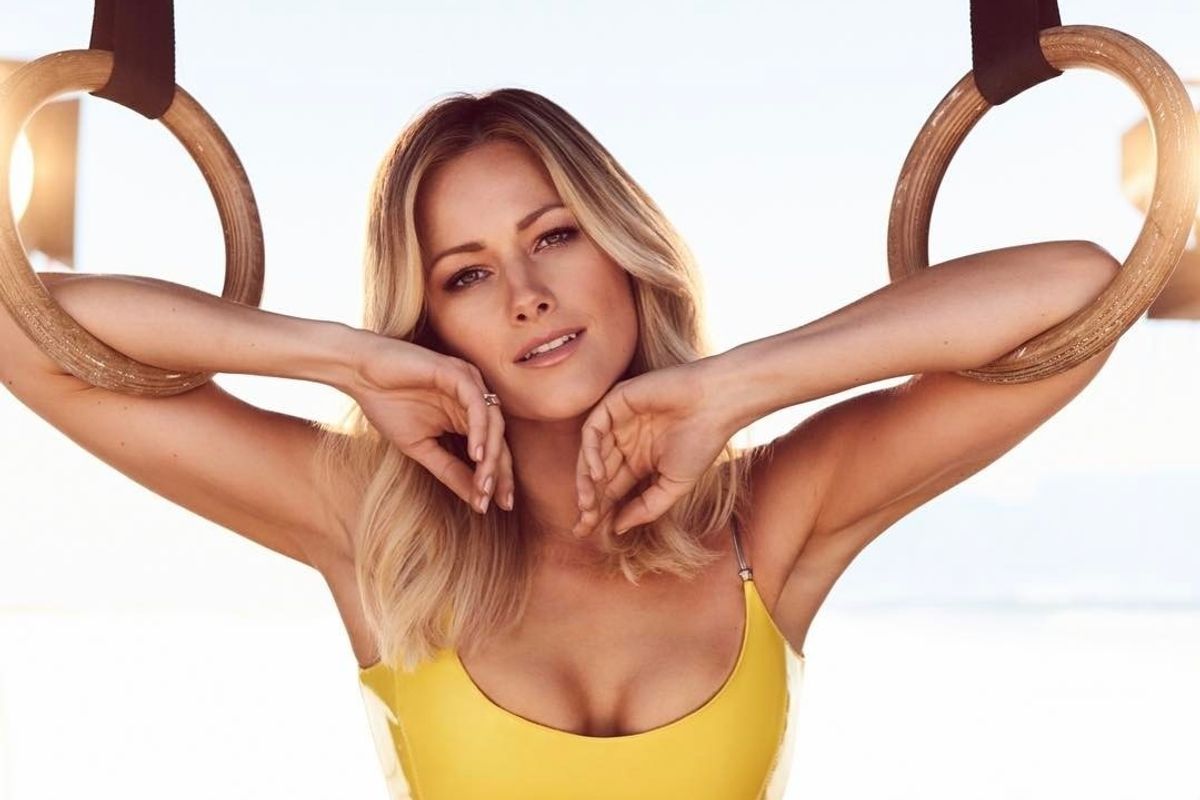 Wait, Who Is Helene Fischer?

Forbes, a publication known for compiling lists that make ordinary people feel bad about themselves, has released its annual ranking of the music industry's most highly paid women performers. There are few surprises. Katy Perry tops the chart, with her yearly earnings totaling $83 million. Taylor Swift is just behind her, after banking $80 million. Continuing down the top 10, we predictably come across more household names: Beyoncé, Pink, Lady Gaga, Jennifer Lopez. Then, just above Celine Dion and just below Rihanna, comes the curveball. Helene Fischer accumulated $32 million in pre-taxed earnings between June 1, 2017, and June 1, 2018. Who?

Fischer, the eighth highest paid woman in music, is a German pop star. A quick Google search reveals as much, but on a quest to find out more about her this morning, I came up with more questions than answers. Every biographical detail available strongly implies that her apparently massive financial success was achieved against many tall odds. For one thing, she was born in Siberia. Siberia! The genre of music for which she is most known is a niche europop-country hybrid unique to the beer halls of southeast Europe, referred to as "schlager." And she only has 556, 000 Instagram followers, which is impressive, but doesn't exactly draw immediate comparisons to Katy Perry's 73.5 million.

Still. I acknowledge that the Forbes ranking means something. The onus is on America to learn more about Fischer, not the other way around. This woman is one of the most powerful pop stars in the world! She out-earned Britney Spears, Ariana Grande, Selena Gomez, and Mariah Carey. She has beautiful ice blonde hair and recently toured through 12 of the largest stadiums in Germany, Austria, and Switzerland wearing Kylie Minogue-style sequins. Her cover of Jennifer Rush's "The Power Of Love" is technically proficient, if nothing else.

Here are the fast facts: Fischer, who is 34, has released eight studio albums, five live albums, two compilation albums and 29 singles. She mostly sings in German, with the exception of 2010 album "The English Ones". She was recreated in wax by Madame Tussaud's in Berlin. She rarely comments on politics.

And she is dating fellow German schlager musician Florian Silbereisen, who looks good in lederhosen, as demonstrated by this incredible video:

Fischer shares similarities with Celine Dion — they've covered a number of the same diva pop standards. But unlike Dion's, her songs are rooted in a folk-disco tradition that peaked in '60s and '70s Germany. Schlager music has a kitschy mass-produced quality that is by definition uncool. It isn't tasteful, but it is fun. Fischer has leaned towards a cleaner sound in recent years, but most of her popular songs are still backed by a trashily catchy eurodisco beat.

Her highest-charting single to date, "Atemlos durch die Nacht" (Breathless in the night), epitomizes the schlager-pop hybrid style of music that has made her so beloved and, uh, rich.

I leave you with a small excerpt from the extensive biography section of Fischer's official website, which says it better than I ever could. Courtesy of Google Translate:

"She brings young and old together, city and country, men and women, all on an equal footing. It is the intersection that everyone can agree on, and in the best sense of the word. Her warm-hearted nature, the pragmatic nature, her down-to-earth attitude to life, actually unglamorous attributes, only give her extra shine."

Congratulations, Helene, on making it to the Forbes list big time. Celine and Britney, better luck next year.