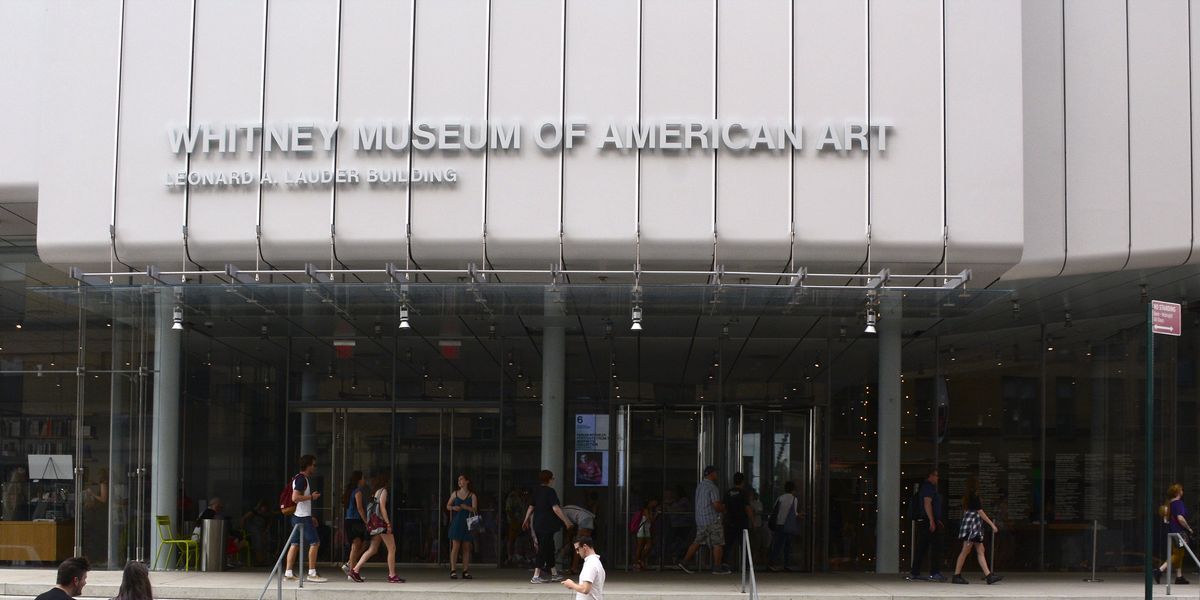 Last month, the Whitney Museum came under fire for their "Collective Actions" exhibition. Meant to be a showcase of artistic works made in response to COVID-19 and the Black Lives Matter movement, the museum cancelled it after several featured artists of color revealed that their works had been acquired without consent.

According to the artists, the Whitney bought many of these works through discounted sales meant to benefit racial justice organizations; an exploitative move they said prevented them from receiving proper compensation for their art. And now — on the day "Collective Actions" was supposed to open — 45 out of the exhibition's 80 featured artists have released a letter asking for reform at the museum.

On Thursday, the New York Times reported that the group urged the Whitney to "commit to a year of action" by reforming their acquisition guidelines and ethics, as well as engaging in substantial reflection over how they can "navigate this charged political moment without relying on the unpaid labour of Black, Indigenous, and POC artists."

A collaborative effort spearheaded by artists Kara Springer, Chiara No, and fields harrington, the letter expressed disappointment with the Whitney's decision to rush the cancelation of the exhibition, rather than take "the time to listen and respond."

"The brave move would have been to lean into the discomfort rather than further demonstrating our dispensability to your institution by canceling the show within hours of receiving criticism online," the artists added before noting that, "These fumblings are born of the broken system that undergirds all of our lives and our institutions."

"The Whitney's formal statement in support of Black communities states that you have increased the racial diversity of your collection, exhibitions, and performances. The ways in which you acquired our work and planned to show it, without conversation with or consent from many of the included artists, demonstrates an undervaluing of our labor and denial of our agency," they continued.

The letter then goes on to state that while BIPOC artists are often showcased to demonstrate an institution's pledge to inclusivity and progressiveness, "this performance of racial inclusion seldom comes alongside a real commitment to supporting historically excluded communities."

"That we were brought into the museum through an administrative loophole in which the special collection acquisition made it possible to collect and exhibit our work without adhering to the museum's own standards of compensation offers an important insight into how Black, Indigineous, and POC artists continue to be inadvertently marginalized and exploited," they concluded. "This is a critical historical moment that calls for us to move past easy statements of support for Black lives into the real work to transform and dismantle oppressive systems of power."

In response to the letter's publication, the Whitney's senior deputy director and chief curator, Scott Rothkopf, told the publication that the museum has been having "productive conversations" with many of the featured artists.

"We recognize the issues raised and are committed to continuing this dialogue and making positive changes for the future," he said. However, there has yet to be any mention of future plans to address the concerns raised by the letter.

Read the letter in full, here.