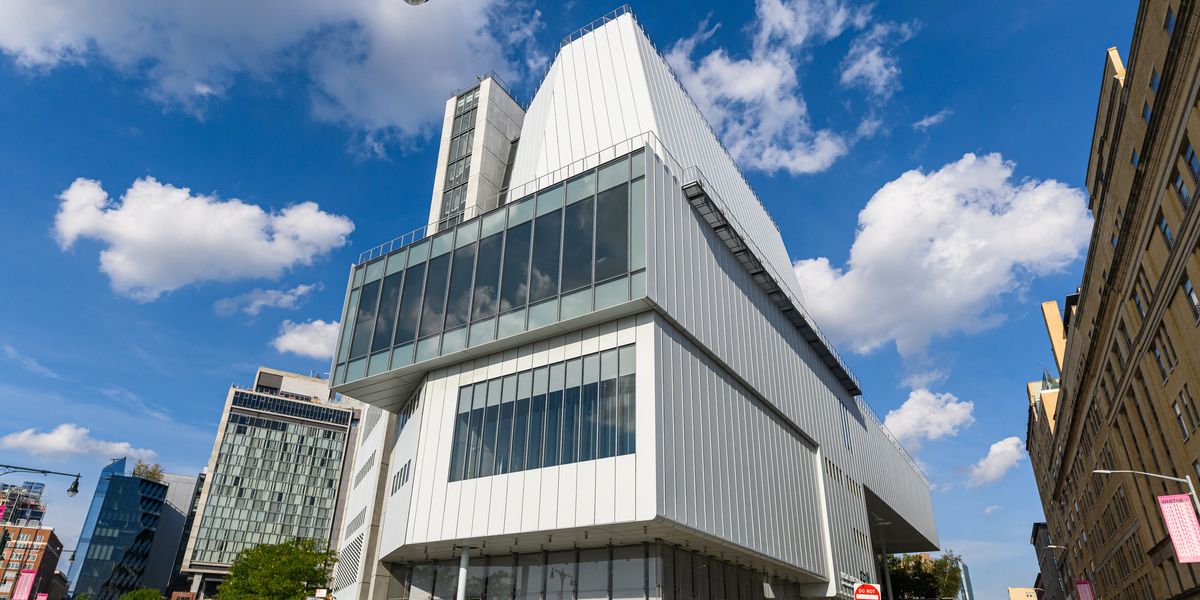 Update 8/25 5 PM EST: According to ArtNews, The Whitney Museum has cancelled Collective Actions, which was originally set to open on September 17. "We at the museum have been listening and hearing from artists about their concerns," Farris Wahbeh, the show's organizer and the Whitney's director of research resources, wrote in a letter to the show's artists. "The conversations and discussions that have come out of the exhibition are deeply felt. We apologize for the anger and frustration the exhibition has caused and have made the decision not to proceed with the show."

After announcing that it'd re-open to the public on September 3rd with a limited capacity and updated social distancing policies, the Whitney Museum revealed this week its newest exhibition. Collective Actions: Artist Interventions in a Time of Change, which will feature work made as a response to COVID-19 and the Black Lives Matter movement, has already drawn criticism from the artists included in the show.

According to the exhibition's description, Collective Actions is primarily comprised of prints, photographs, posters and digital files that were created or distributed as a part of various anti-racist fundraising efforts that have popped up in the past few months. What the Whitney fails to mention, and what many have taken umbrage with, is that these works were largely acquired without the artists' prior knowledge or consent and at a deeply discounted price.

Related | Here's What Happened When We Asked Twitter for Black Art

Artists and collectives have come forward to reveal that the Whitney only recently made them aware that their work was to be included in the upcoming exhibition, offering little in terms of additional compensation outside of lifetime passes to the museum. By acquiring work through print sales and charitable initiatives, the Whitney is being called out for circumventing traditional channels of acquisition and exploiting the very artists they purport to champion.

See in Black, one of the collective projects in question, condemned the museum's actions in a statement. "The Whitney's use of the works acquired through the See in Black print sale at significantly discounted prices — the proceeds of which were donated 100% to charity — constitutes unauthorized use of the works to which the artists do not consent and for which the artists have not been compensated."

Horrified to hear that the @whitneymuseum has reached out to a slew of Black photographers informing them that prin… https://t.co/LgvJ9uBDQj
— Women Photograph (@Women Photograph)1598360963.0

what the @whitneymuseum has done with @seeinblackphoto is so vile. exploiting the work of black photographers who p… https://t.co/CStqugInSr
— alex medina (@alex medina)1598330712.0

This isn't the first time that the Whitney has courted controversy in recent years. Last year, former vice chairman of the museum and owner of military-grade tear gas manufacturer, Safariland, Warren Kander resigned from his position after several months of protests calling for the Whitney to cut ties. A few years prior to that, the Whitney drew sharp criticism for its inclusion of a painting depicting Emmett Till's open casket by white artist Dana Schutz in their 2017 biennial.

On the other, I think about the aquisitions. This is bad allyship 101. Rather than buying the prints at full price… https://t.co/eCiqWnLJZG
— kimberly rose drew (@kimberly rose drew)1598358353.0

The Whitney has yet to comment or issue a public response to the controversy, but Collective Actions: Artists Interventions in a Time of Change is still slated to open in September.