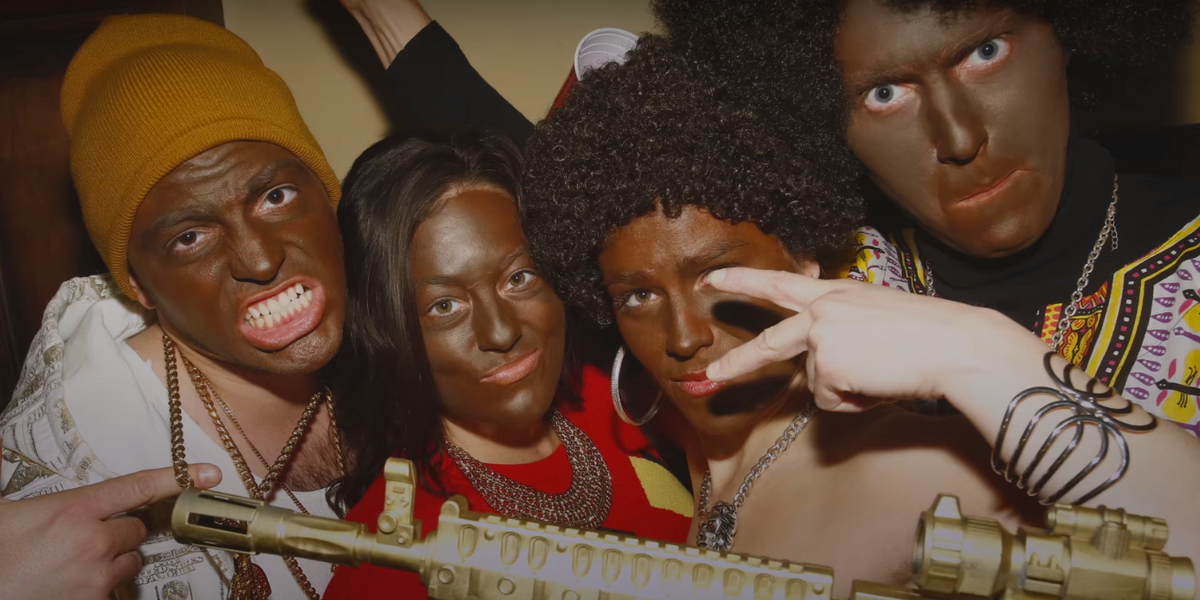 UPDATE 4.05pm EST: Creator Justin Simien has responded to white supremacists who took offense at the trailer for Dear White People, describing the reaction as "encouraging in a weird way".

"It just brought more attention to the series," Simien told Entertainment Tonight. "Thanks, white supremacists, you really helped me promote my show...I'm a little grateful, I guess, to the insanity."

Dear White People is shaping up to be one of Netflix's most-anticipated shows, with the trailer racking up over half a million views in 24 hours. It premieres on April 28.

Aren't people the worst? If you your lips gently mouthed the word "yes," then you answered correctly! People are most definitely the worst!

Neo-nazis (bet you didn't see that coming did you?) have come in hot in response to Netflix's trailer for Dear White People, which is based on the lives of African American students at a fictitious ivy league university.

In the show's teaser a black radio announcer addresses the white students at the university, suggesting appropriate Halloween costume choices that don't appropriate her culture.

The 35-second trailer was enough to inspire a boycott Netflix hashtag, which steadily gained popularity among many alt-right white supremacists. One Twitter user with the handle 'HesOurPresident' promptly deleted her account with the message: "Promote racism and white genocide & you get dropped."

Had enough Anti-White crap from the "entertainment" industry yet?
— 🐸Pepe Nukem🇺🇸 (@DukeNukemSez) February 8, 2017