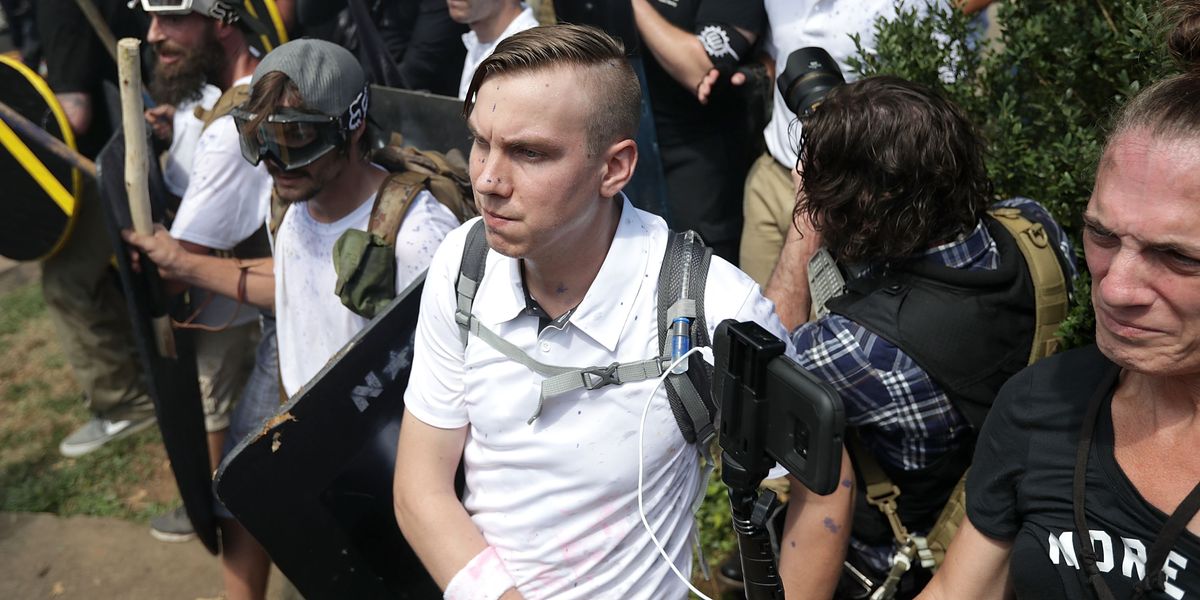 Just two months after a white supremacist rally in the college town of Charlottesville, Virginia caused chaos that ended in the death of anti-fascist protestor Heather Heyer, a group of white nationalists led by Richard Spencer returned to the same site.

White nationalists now chanting - “We will be back". About 3 dozen supporters in Emancipation Park. Plenty of police on standby in park. pic.twitter.com/LuJEsAgxQy
— Matt Talhelm (@MattTalhelm) October 7, 2017

Armed with tiki torches (a symbol of Polynesian ethnic pride, ironically), the supremacists gathered in Emancipation Park around the now-covered statue of Confederate leader Robert E. Lee that was the focal point of the rally in August. They only stayed for about ten minutes, chanting "You will not replace us" and "We will be back" as a statement to Charlottesville - and likely America - that despite the massive backlash to their message, white supremacists haven't gone anywhere.

According to Buzzfeed, 40 to 50 people attended the rally, wearing the white supremacist frat-boy uniform of khaki pants and white button-ups.

Charlottesville Vice-Mayor Wes Bellamy wrote on Facebook: "When White Supremacists Make odes to White Power, and clearly use torches to send a message to our community that they are the superior race while trying to strike fear and intimidate others, they are breaking the law. I'm calling on our Commonwealth Attorney, Dave Chapman, to enforce this state code, and prosecute the individuals who participated in the torch burning tonight. As a city, we cannot continue to allow these White Supremacists to continue to act in this manner. Our community does not deserve this."

19 people were injured in August when self-avowed neo-Nazi James Fields rammed his car into a crowd of counter protestors, killing 32-year-old Heyer. In a press conference, Trump said that there were "some very fine people" on both sides of the march, and said there were "many sides" responsible for the violence that happened, further emboldening white supremacists everywhere.