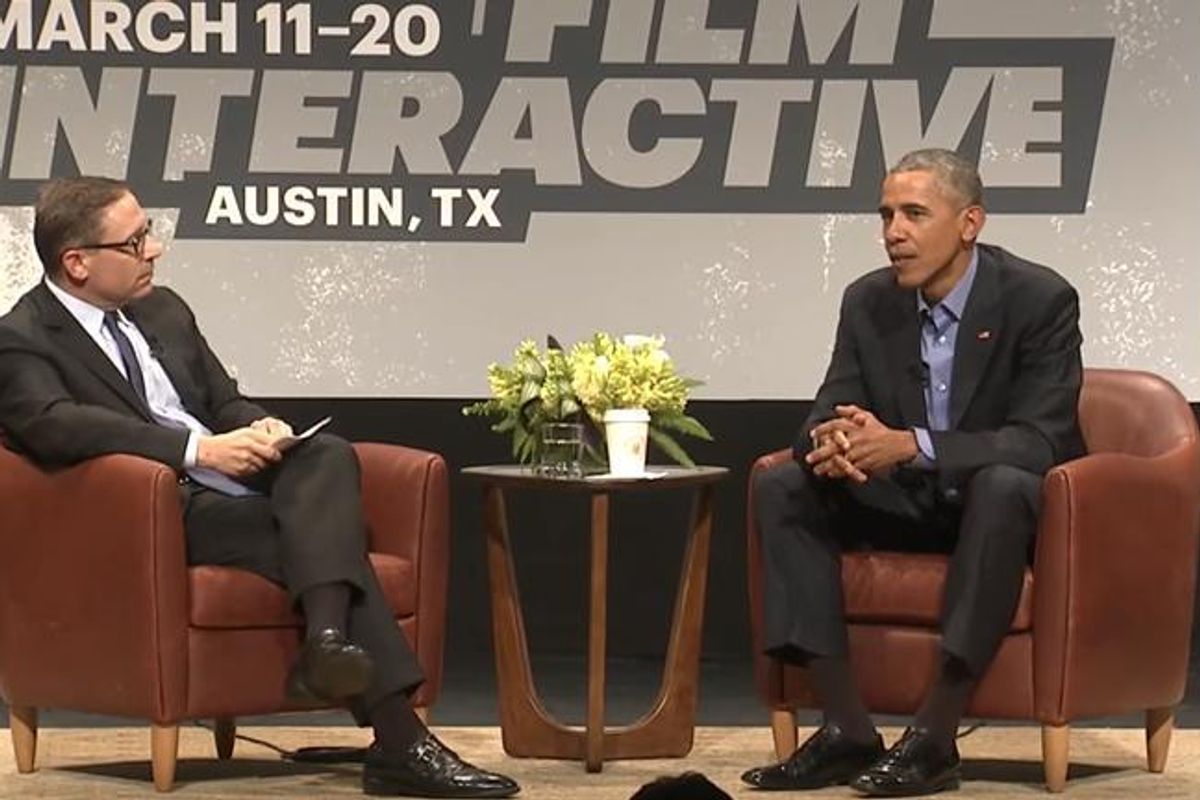 The White House Is Hosting Its Own Version of SXSW

Having both spoken at this year's SXSW Festival in March, President Obama AND First Lady Michele Obama are planning to put their own spin on the famous Austin, TX festival, on the literal South lawn of the White House.

South by South Lawn is a one day festival being held on Monday, October 3, and is being brought to life by the American Film Institute, C3 Presents, and the President's Committee on Arts and Humanities.

According to the White House's website, the event will be broken down into "interactive, film, and music."

INTERACTIVE: Panel discussions throughout the day will explore topics like how to make change stick with organizers who are having an impact, as well as a discussion with influencers who are using their platforms to bring about positive change. Interactive booths will encourage attendees to engage with and learn about new technologies and innovations.

FILM: The film portion features the 3rd Annual White House Student Film Festival in association with its founding partner, the American Film Institute. Students in grades K-12 submitted more than 700 short films round this year's theme, The World I Want to Live In. The submissions are inspiring and we're excited to share official selections and honor young filmmakers as part of this event.

MUSIC: Musical performances will include well-known and emerging artists who are using their music to inspire audiences.


The website encourages you to nominate either yourself, or other artists/innovators you know whose talents should be added to the roster.

You have by September 10th at 5 PM so submit nominations!

It is a call to arms for every American to roll up their sleeves and make a positive mark on our country — and a celebration of the great work so many of us have already accomplished.