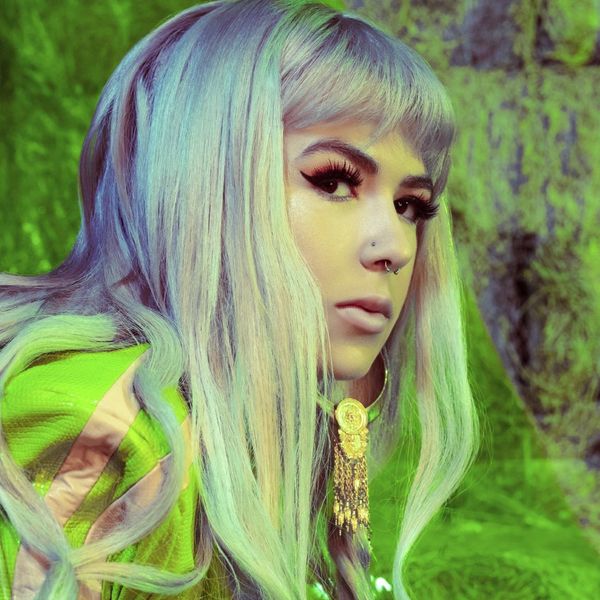 WHIPPED CREAM on the Songs That Made Her

Before Caroline Cecil ever set foot behind the decks and became WHIPPED CREAM, the Vancouver Island-native was originally a competitive figure skater curating road-trip playlists as she traveled from rink to rink. It wasn't until a fateful accident on the ice that forced her into an early retirement, that Cecil would subsequently attend her first music festival and get inspired to try making music.

Fast forward to 2019 and WHIPPED CREAM is making it happen. From Shambhala to HARD Summer to the mainstage at Ultra Music Festival, Cecil has been steadily rising through the ranks on some of EDM's biggest stages. Known for bringing a hip-hop flair to her own strain of bass heavy music, WHIPPED CREAM is notorious for going hard.

As a producer, she's ticking all the right boxes; she's released on labels owned by industry heavyweights such as Skrillex, Steve Aoki, Zeds Dead, and Brillz, was tapped to remix the mysterious Australian producer Zhu earlier this year, and most recently collaborated with rapper Lil Xan on her latest single "Told Ya." Whether it's dubstep, techno or trap, Cecil manages to weave a dark sinister aura across her productions in what has quickly become a signature.

With more music planned for the New Year, as well as an upcoming appearance at Holy Ship! Wrecked, 2020 is poised to be a breakout year for WHIPPED CREAM. So in order to help you get to know her a little better and understand where she's coming from, WHIPPED CREAM put together a playlist of the songs that made her the artist she is today.

"Hanging On" is one of my favorite songs of all time. It's one of the reasons I got into music.

The "Human" music video to me is one of the most inspiring pieces of visual art. Sevdaliza is a god.

This is one of my favorite Boys Noize records. Everything about it makes you want to drink black coffee and smoke cigarettes.

"A Pledge" is one of those workers you can turn on anytime and truly feel. I like to listen to this when I wake up. Feels like I just watched a movie.

Gesaffelstein - "Out of Line"

"Out of Line" is my favorite Gesaffelstein record. I love everything about it.

Flume's production and influence on the scene can't be ignored. I love the words of this song, I can feel really connected to it. Those synths are insane, how did he make them sound good? Oh ya, it's Flume.

"Hood Baby Shit" is my favorite song right now. I listen to it 20 times a day. Keed is one of my fave rappers right now.

Missy Elliot - "Get Ur Freak On"

Missy Elliott is a legend. When I listen to this it reminds me I'm a legend too.

This was my favorite song growing up.

My middle name is Foxworth. Kids used to call me Foxy, this is my song.

A lot of people think they don't know this song but when you listen you will know it. This is a song from my childhood, my dad used to play it.

This is an all-time classic. The music, the lyrics, I love everything about it.

First Aid Kit - "Winter Is All Over You (Baauer Remix)"

This was a huge song that inspired me to produce better, as well.