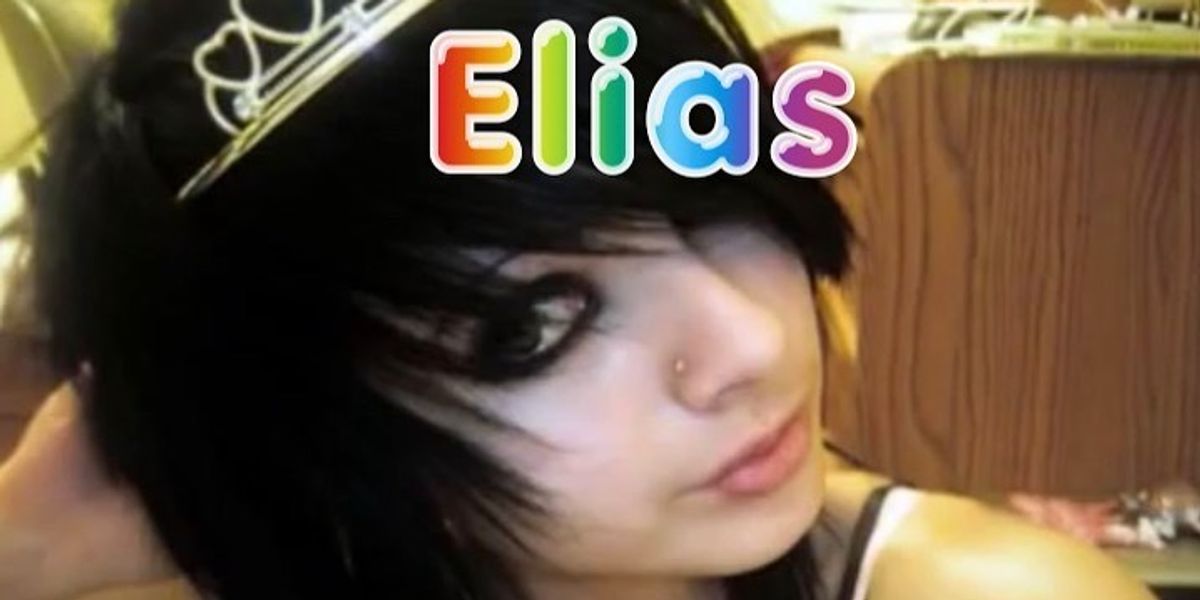 Everyone's Obsessed With the 'Which Are You' Memes

Whether it's picking your fantasy quarantine house or the second coming of chain challenges, social distancing-related boredom has sparked a number of new viral trends across every imaginable platform. The latest meme to emerge is a new format based on the question, "Which XYZ Are You?" And while it may seem almost too easy, in the span of a couple of weeks, it's already taken over Instagram.

A cross somewhere between souvenir name tags and those viral "Which Character Are You?" personality tests, making the memes themselves are pretty straightforward. Simply find a niche topic with a plethora of related photos and start overlaying them with names in the font of your choice (though rainbow Comic Sans appears to be quite popular).

With such a flexible premise and the ability to make almost countless iterations of these posts, it's no surprise that a seemingly endless array of "Which Are You" meme accounts have quickly surfaced. From pages dedicated to iconic internet imagery such as the cursed image to celebrity-oriented ones using famous faces like Lindsay Lohan or Guy Fieri, no pop cultural phenomenon has been left untouched by the trend — though, like many memes, it's hard to determine how it actually started.

What we can say for sure though is that unlike other memes, its rapid spread and a seemingly endless proliferation of these accounts can mostly be attributed to private DMs from friends. Just ask meme-maker Jenna, who explained that @WhatSceneGirlAreYou was born after she was sent a number of images featuring food to random animals, "and literally anything you can think of," alongside her name.

"I thought, Wow, these low effort meme pages are blowing up because people love seeing their name on them and what they're associated with," she continued. "I figured why not make one myself just for fun? We're stuck in quarantine and I don't have a job, so why not?"

Speaking to the popularity of these memes though, Jenna also added that she's been "overwhelmed with hundreds of new requests every day." But while this hasn't been helped by the fact that many of these accounts allow users to directly request names, it did lead her to enlist the help of her friend Yaka. And as Yaka pointed out, this seemingly easy task is actually quite difficult because "there is no automated system to find or make these images, which means it's just super tedious and unorganized."

Granted, both Jenna and Yaka said that seeing the page grow to 5,000 followers in the week since they started has been "really exciting" — something they attribute to the perception that these memes are somewhat like "this strange visual horoscope."

Related | The Chain Challenge Is the Latest Quarantine Trend

They continued, "We get so many messages about how 'shockingly accurate' our posts are. These meme accounts are reminiscent of that feeling you get when you find your name on a souvenir cup or novelty keychain from an amusement park."

By the same token, sisters Layla and Daly of @Which_Cursed_Cat_Are_You explained that the bulk of people who follow them and make requests are people with unique names who could never find their name on any of these souvenir items.

"I think these accounts give those who can't find their names and feel left out the chance to be a part of something and feel included," Daly said. "And especially since we're in quarantine and we have nothing better to do."

Meanwhile, Elena of @Which_Shia_LaBeouf_Are_You said that she believes the "personal" nature of seeing your name attached to a photo of something or "someone [you] love" makes them feel more "connected" to it.

"It almost feels like a little community, and it's very inviting," she said, before explaining that she thinks celebrity-oriented accounts like her own have experienced "more of an uptick because we're already so familiarized" with the famous subjects.

"Especially Shia, because people love him for so many different reasons and don't see him in the internet world as much," Elena continued. "Whether it's the love for his movies, art or his fashion, his supporters are all so cool. Plus, so many people are relating to Shia in the photos saying, 'Wow, this one is spot on. So me.' He's just a relatable guy to many."

Jenna and Yaka said they've noticed a similar proclivity toward meme-makers who use photos of celebrities and recognizable internet icons. In their particular case though, they believe their popularity — similar to pages like @What_90s_Things_You_Are — is tied to a pre-existing nostalgia. Even if their account is unique in the sense that @WhatSceneGirlAreYou "bridges the gap between the original scene kids from Myspace/2000s and a brand new Generation Z."

"COVID has given people a lot of time to really deep dive into the depths of more forgotten subcultures," they said, adding that many of the original scene girls whose pictures they've used have contacted them to express how "flattered" they are.

"[A lot of them are] pleasantly surprised that their pics are being shared and circulated again," Jenna and Yaka said. "They reminisce and educate us a lot about what the scene culture was like in its heyday."

Related | Picking Your Quarantine House Is the Latest Meme

At the end of the day though, these accounts just appear to be an overall welcome boost of positivity for everyone involved — whether they be the people responding to these posts with messages of appreciation or the meme-makers themselves. After all, as Daly explained, she's felt like running @Which_Cursed_Cat_Are_You has allowed her to bond a lot with her sister.

"For my sister and I to be able to give somebody the joy of seeing their name on something that is special to them is truly heartwarming," she continued, as Layla added, "The feeling of knowing that you made someone happy is a beautiful thing and to be able to provide someone with joy during such a difficult time is amazing and really special to us."