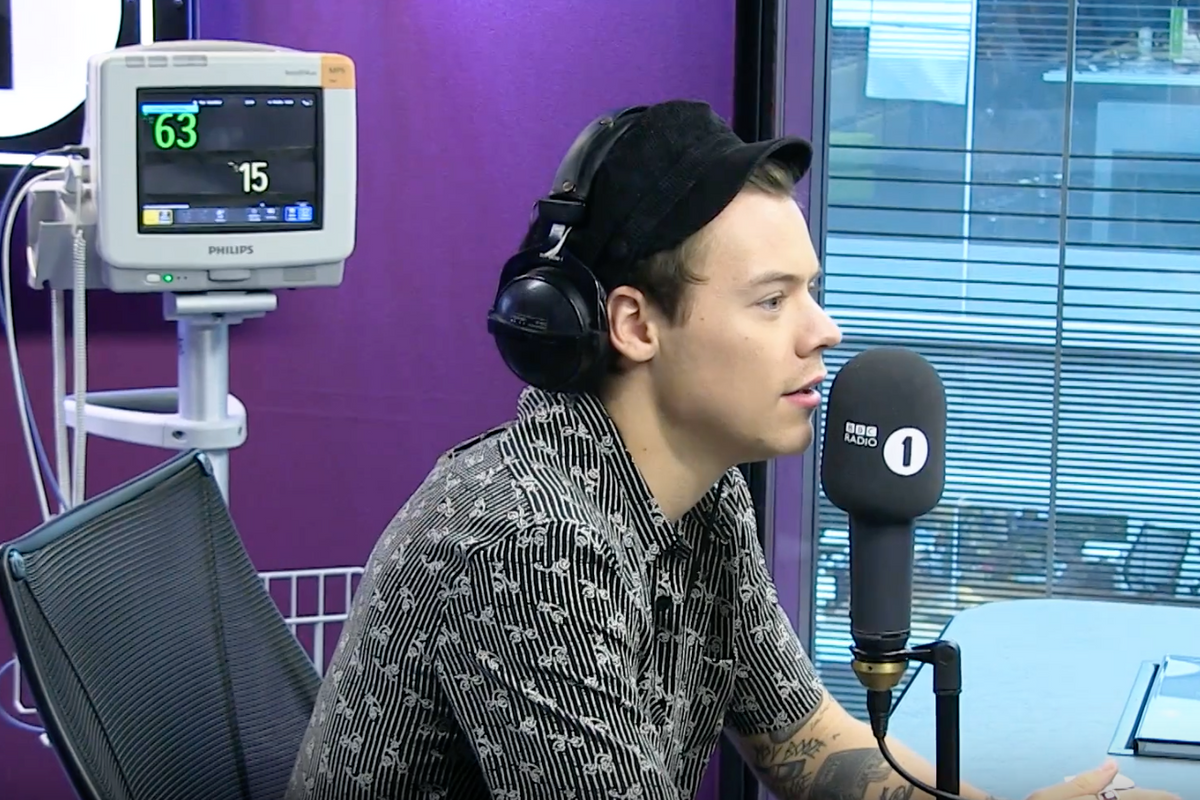 If Nick Grimshaw's shadily genius game is any indication, Harry Styles just might play for the boys' team, as well. During an appearance on Grimshaw's Radio 1 show to promote his debut film, the Christopher Nolan-directed Dunkirk, the actor-musician hybrid was strapped up to a heart monitor to track his natural responses to a series of various photos — leading to a hysterical yet potentially juicy revelation.

Harry's heartbeat was totally normal for most of the photos — including one of famous model Camille Roe. But suspiciously, a photo of shirtless Ryan Gosling in The Notebook got his heart pumping just a bit faster than usual, leading him to say that the actor was very handsome in the film. "He's great," Harry said in a somewhat nervous tone. The only thing to get Harry's heart beating faster was a pair of Chelsea boots, and can you blame the guy?

While the situation, including the fact that the radio host knew exactly what photo to use to get a reaction from Harry, raises suspicions, it's entirely possible that Grimshaw just wanted to make the boy blush. After all, it's difficult not to react abnormally to Ryan Gosling, even for the straightest of men. Watch the game below.