Where Have I Seen Them Before?: Mad Men Season 5 Edition

This season, we've been particularly impressed by the work of Mad Men's casting office, filling in bit roles with everyone from Dennis Haskins (a.k.a. Mr. Belding from Saved By the Bell) to Alexis Bledel (a.k.a. Rory Gilmore from Gilmore Girls).  It's almost as if they did a Google search of "beloved + 'TV characters' + 'Gen Y'" and just booked all the names that popped up. Whatever their strategy, we're loving it and plan to keep an eye out for more of these familiar faces. In the meantime, check out who we've spotted below and, if there are any particularly egregious omissions, please bring them to our attention in the comments section. 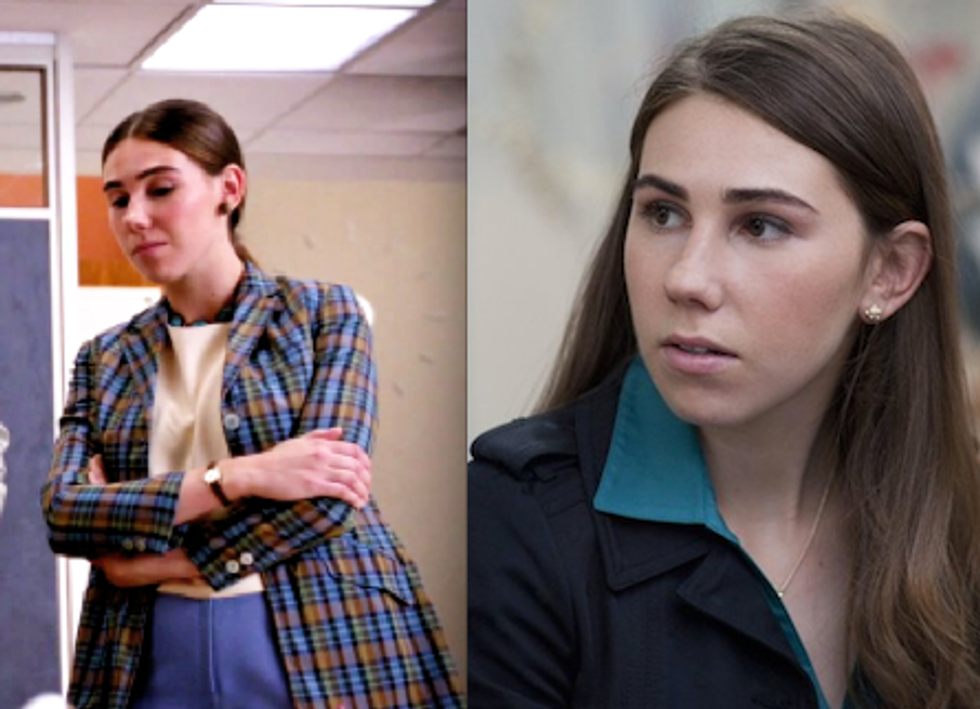 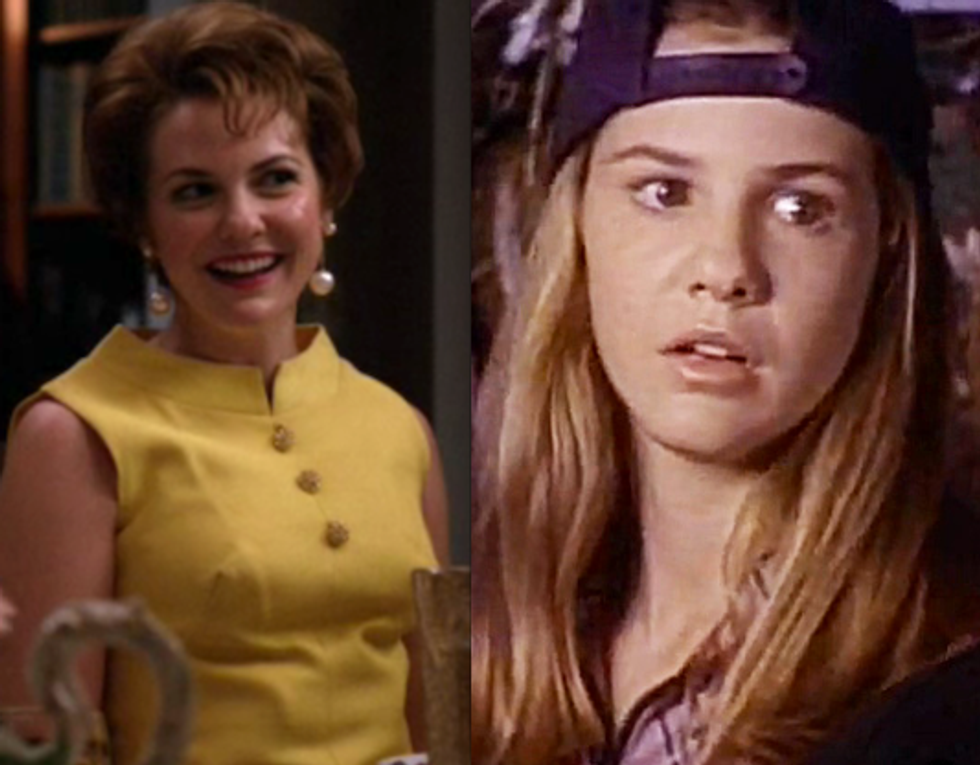 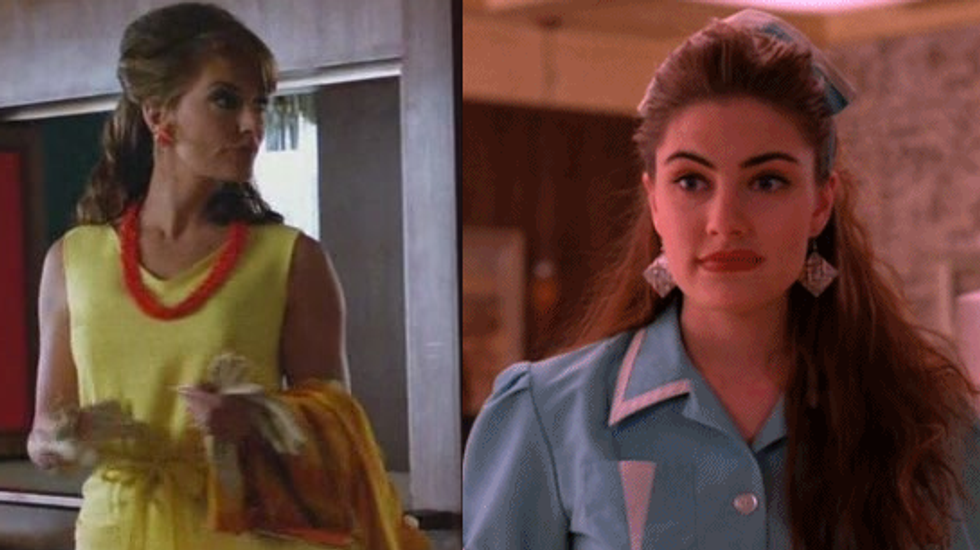 Don's Former Lover = Shelly Johnson from Twin Peaks
MÃ¤dchen Amick is no stranger to on-screen inappropriate relationships, whether crossing the line with the newly-married Don or cheating on her trucker husband on Twin Peaks with a dead girl's boyfriend. 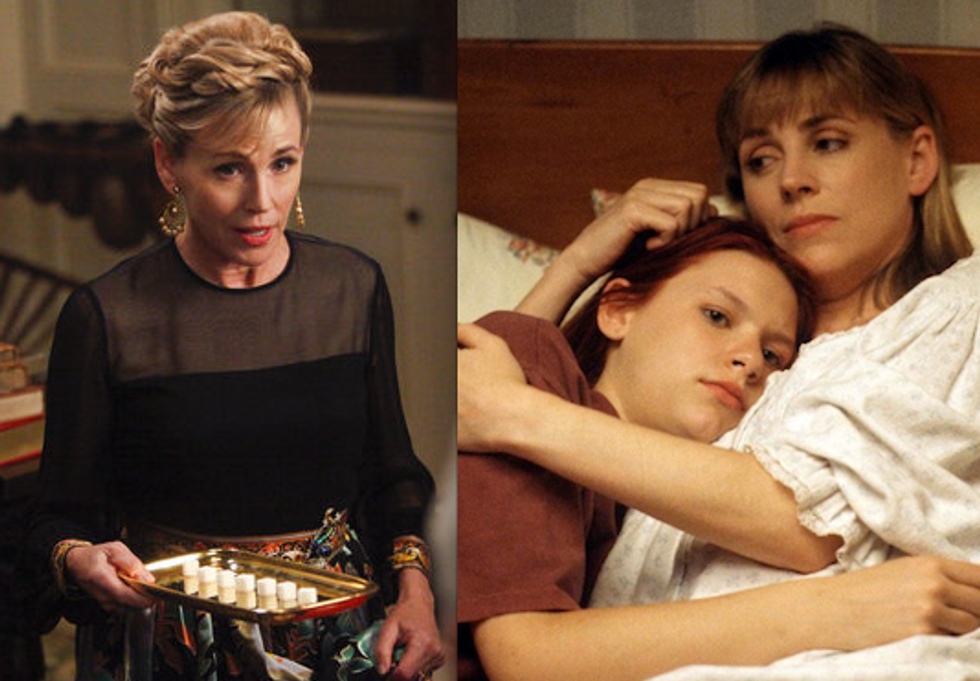 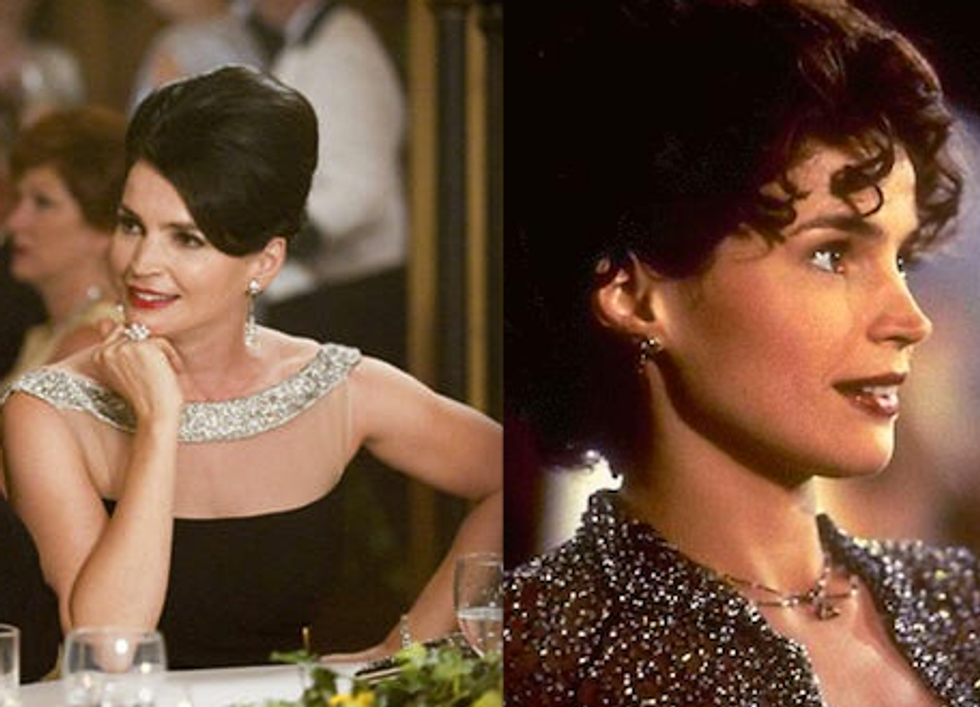 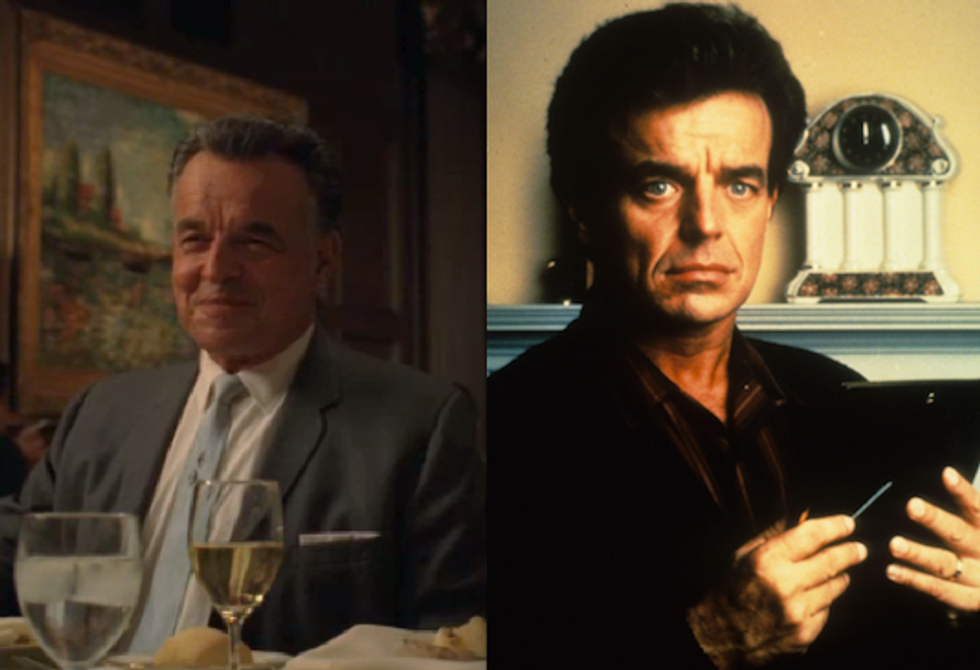 Ed Baxter = Leland Palmer from Twin Peaks
Bonus points for anyone who recognized that Ray Wise is also on Tim and Eric Awesome Show Great Job ! 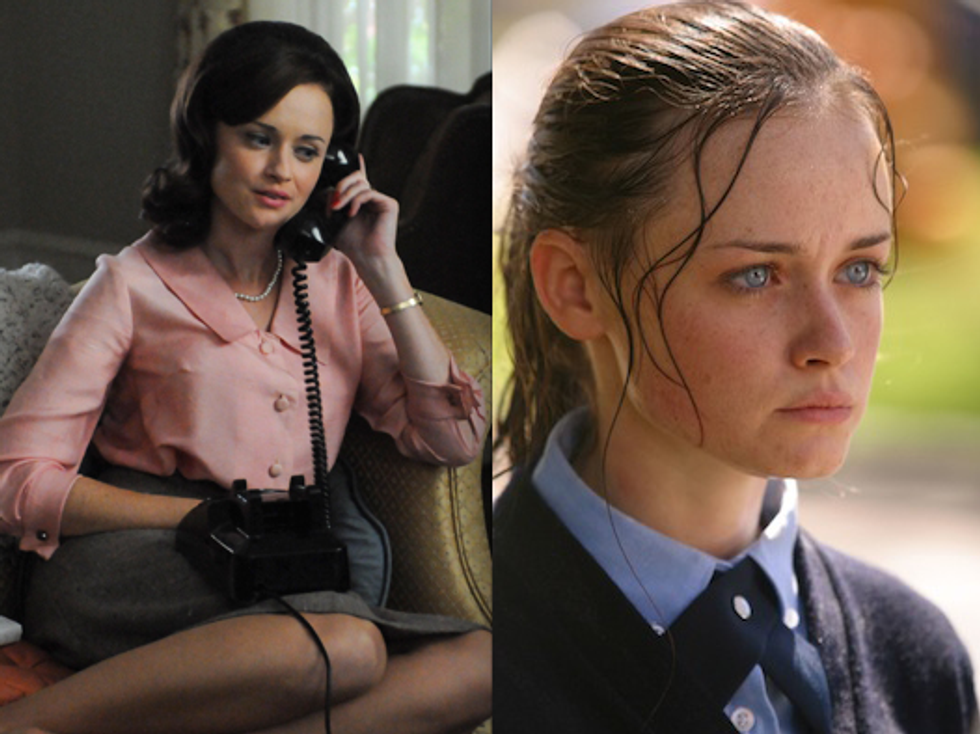 Beth Dawes = Rory Gilmore from Gilmore Girls
Holy shit! Alexis Bledel hooks up with the kid from Indian in the Cupboard! 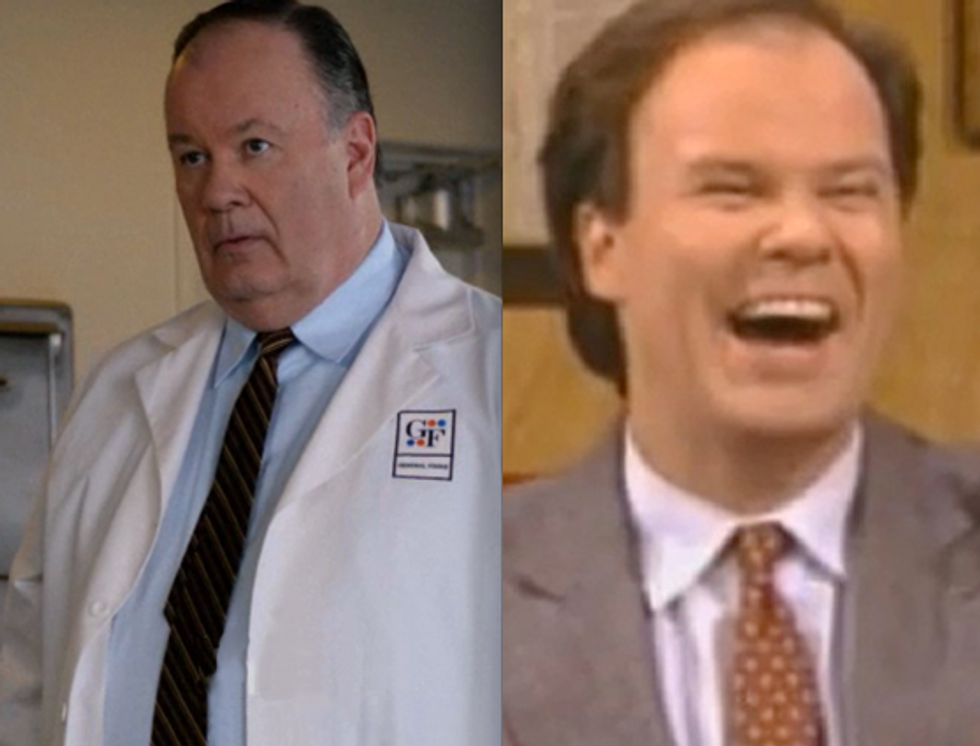 Phil Beachum (a.k.a Cool Whip Exec) = Mr. Belding from Saved By the Bell
We're just happy that Dennis Haskins has returned to acting and doesn't have to get his paycheck from hosting club nights and calling people on their birthdays. 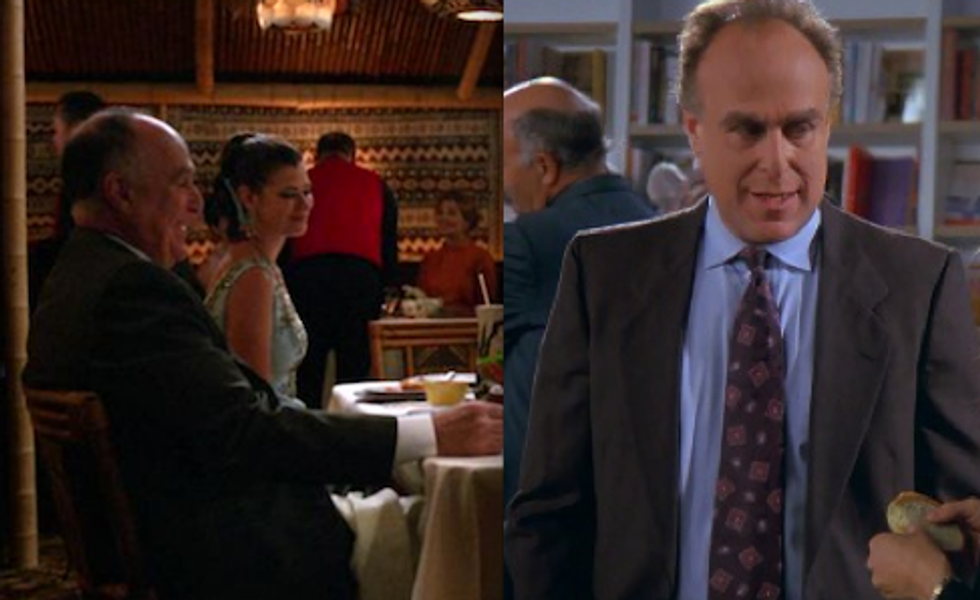 Max Rosenberg (a.k.a. Manischewitz Exec) = Mr. Lippman from Seinfeld
We spent a sleepless night trying to figure out where we'd seen this Shabbat wine tycoon before and there was no sweeter victory than remembering Richard Fancy as Elaine's boss, Mr. Lippman.