When Not Eating Italian, the Franks Chow Down on Sushi and Sichuan 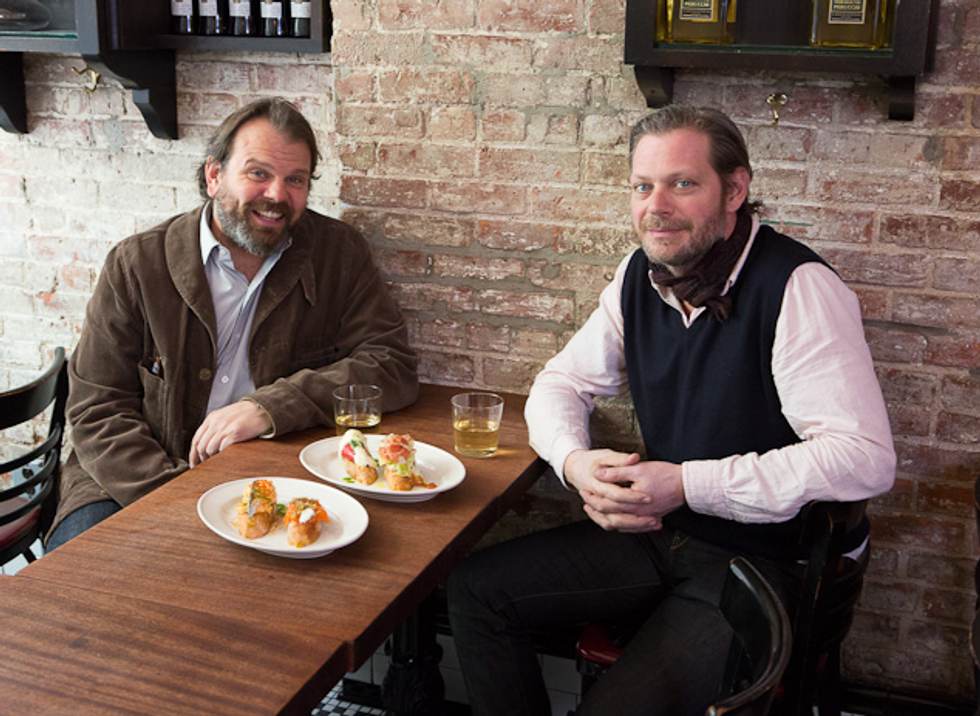 L-R: Frank Castronovo and Frank Falcinelli
Each week in our Chefs Off Duty series, we talk to some of our favorite chefs and industry folk around the country to find out their secret late-night spots where they like to grab a bite and a pint when their kitchens are finally closed. Next up: Frank Castronovo and Frank Falcinelli, the guys behind Brooklyn's Frankie's Spuntino, Prime Meats and Cafe Pedlar. Next week the Franks will be hosting some events on behalf of Le Grand Fooding in their newly-opened Red Hook space dubbed "the Res," which they describe as a "chef-artist residence in Red Hook, Brooklyn that brings chefs from all over the world we love and puts them in an environment where they're not pressured by corporate or money interests." They'll be in charge of preparing meals centered on the "farm-to-table" movement (this year's Le Fooding theme is "Time Mach'Inn" and explores three food trends -- fusion, bistronomy, and farm-to-table -- from the last twenty-plus years.

Where do you guys like to grab a bite to eat when you're leaving your own kitchens?

How long have you been going there?

What do you like to get when you go there?

Castronovo: We do tuna flights, which has all the different types of tuna. We'll also do a flight of salmon -- wild salmon, Chilean salmon, New Zealand King salmon, all that stuff. And then we'll do uni and oyster. I do sushi and sit at the sushi bar and it's all hand-to-mouth, I don't even touch chopsticks. I sit right in front of the sushi chefs and get it straight from them. We don't even need soy sauce. It's a seamless experience. 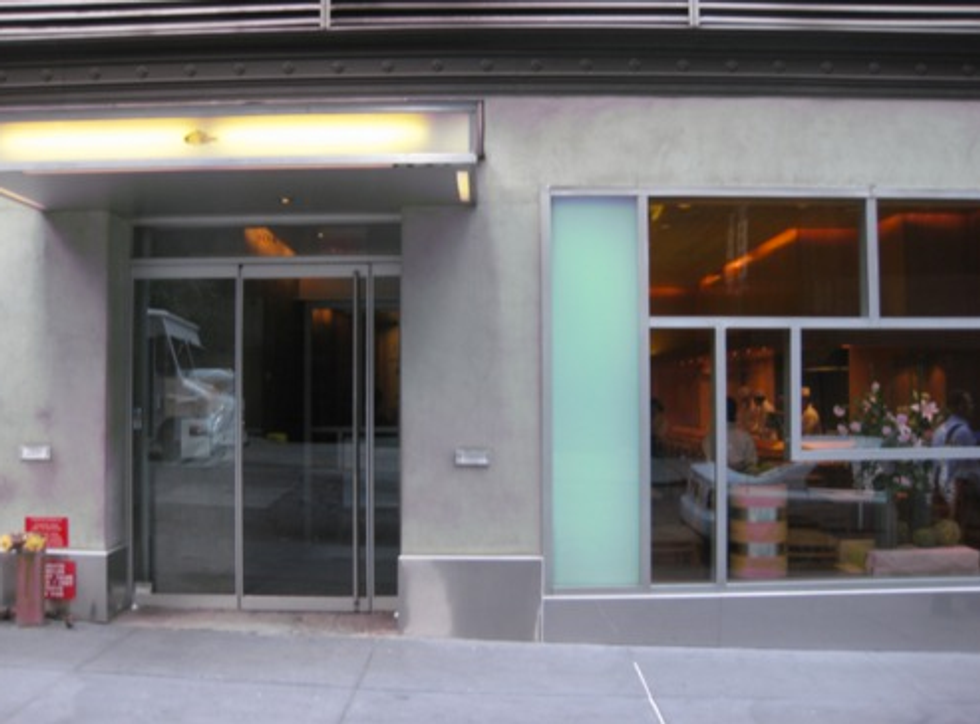 Sushi Yasuda
Don't they have 'rules' about what you can and cannot eat with your sushi? They don't offer any fusion-y rolls, right?

Castronovo: No, it's all high-quality, classic sushi at its finest. I'm telling you, it's seamless. There's no waiters, there's no silverware. It's so clean and you're in and out in 45 minutes. It's the best $400 for two people in 45 minutes in New York City.

And what about you, Frank, where do you like to go eat when you're leaving your own places?

Did you guys ever go to the one in San Francisco?

Castronovo: We were at the San Francisco Mission Chinese the first week it opened.

Falcinelli: We became friends with [Mission Chinese Chef/Owner] Danny [Bowien] back then. He came to New York and called us up and we were his ambassadors in the city. We had our Christmas party at Mission Chinese and that was the first time they opened and served food in the restaurant. 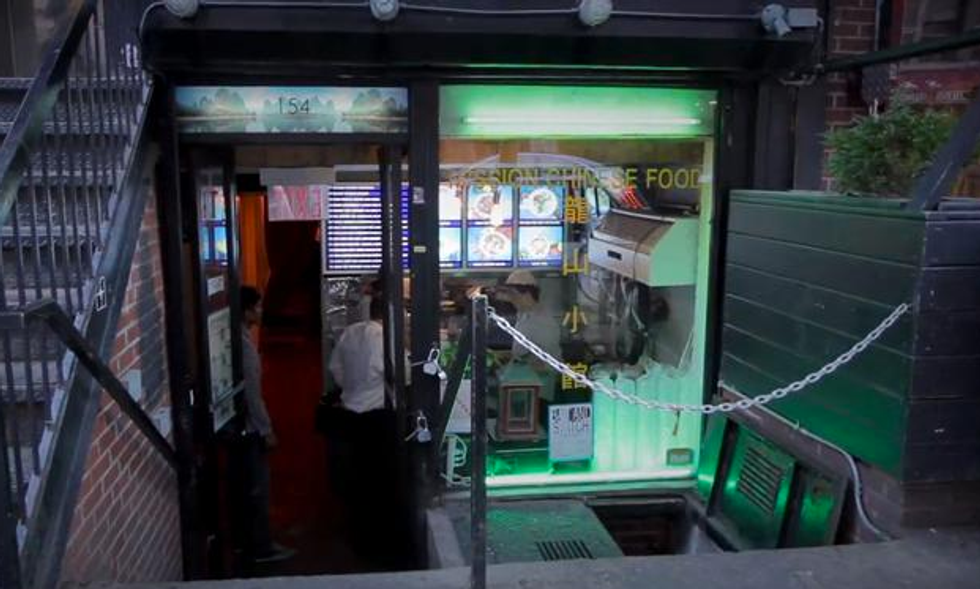 What do you guys like to order over there?

Falcinelli: We get the cod-fried rice and a triple or quadruple order of the fried chicken wings, usually with a pound of the spice on it. Frank [Castronovo's] favorite thing is the lamb -- the cumin lamb. Usually Danny will send out a couple of things and then there's usually a gallon or two of sake.

Any good anecdotes from nights at Mission Chinese?

Falcinelli: Our best Mission Chinese story was sitting next to Daniel Boulud and Adam Rapoport from Bon AppÃ©tit Magazine. Two months before, we'd invited Daniel Boulud to a symposium at MAD and his assistant was like, "Daniel's way too busy." So we get there and Danny sends out the whole menu and we're sitting there and right by us, Adam Rapoport says, "Hey, what are you guys up to?" And we said, "Oh, we're going to this food symposium with [Noma's] RenÃ© Redzepi and we've got a friend of ours to fly us over on his plane" and Daniel Boulud goes, "Oh, man, that sounds so fun, I wish I could go there!" We were like, "Dude, two months ago [we asked you]!" And he was like, "This is not possible!" And he looks at his phone and sees he had said he was too busy and he winds up changing his whole schedule and he came [over there]. It was one of the best trips.