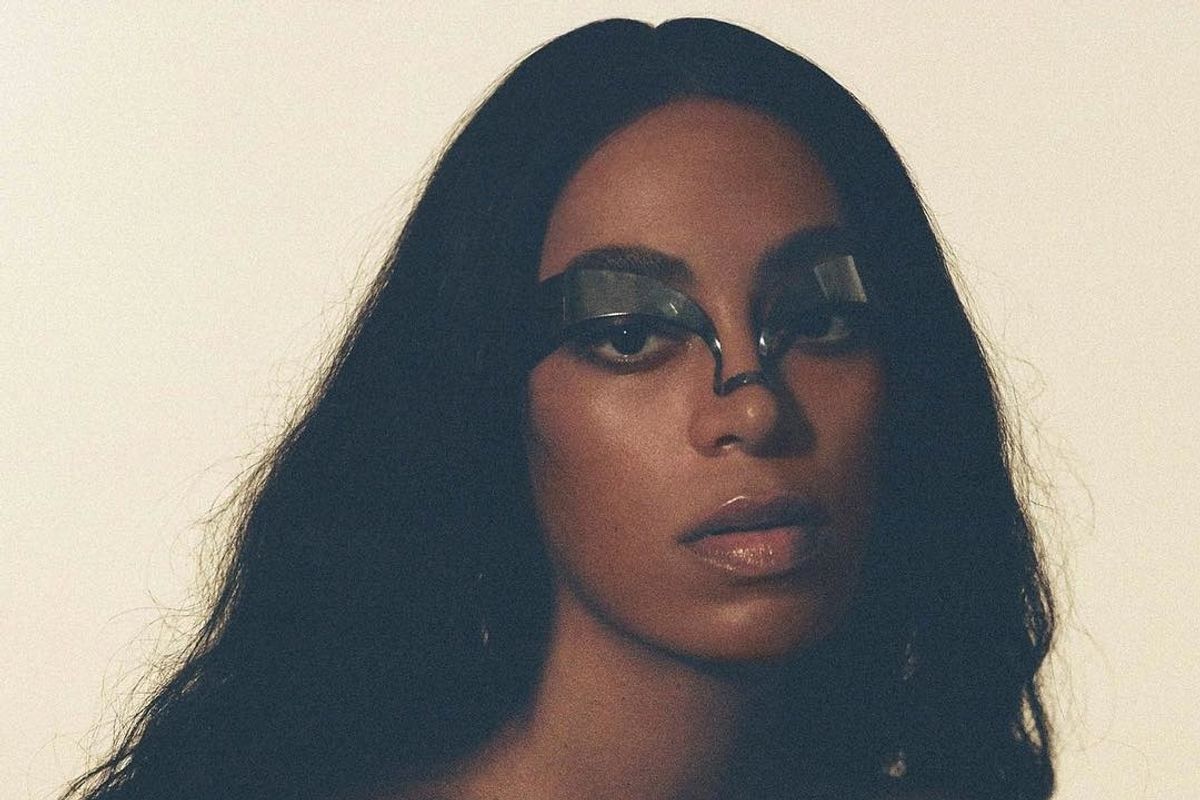 On Solange and Constructing Home Where You Stay

On March 1, Solange provided a transition from a taxing Black History Month into a Women's History Month that seems to already be unfolding in much the same way. In the midst of attacks on Black womanhood, from congressional leaders to encounters in daily life, Solange's fourth studio album is a salve. Throughout it, Solange incorporates three other Black women from Houston as narrators: lesbian poet Pat Parker and sister actresses Phylicia Rashad and Debbie Allen. There's an obsession with defiance in Black life and an expectation that all art must be regulated into it — but, not everything is an act of rebellion. Solange's When I Get Home is not a battle cry nor is it about the voyeurs. This is Solange inviting us inside to bear witness; it is her love letter to home.

Blackness is condemned to be forever homeless; disconnected and displaced. The only permanence is being under watch, while simultaneously regulated to being a commodity, a thing instead of a person, and it's difficult to build any kind of home from that. There's not much sorrow for Black people without a home — whether it is the literal lack of a place to put your head or the temporariness of only ever "staying" someplace — because things don't need home, after all. This has a lasting impact, as Saidiya Hartman wrote in her book Lose Your Mother: "The transience of the slave's existence still leaves traces in how black people imagine home as well as how we speak of it." Although Solange's album is about home, it's not in conflict with noting this transience. Instead, it speaks to how Black women have constructed home from places where they were only ever meant to stay.

The album opens with "Things I Imagined," where Solange's voice becomes increasingly ethereal as she repeats the titular lines. The repetition may seem unnerving or inconsequential, but it's a necessary basis. Imagination is a place where the world can shift. Centers can be altered or dragged back beneath your feet; those meant to be severed from earth can plant themselves again. As Hartman wrote, "an imagined place might afford you a vision of freedom... an imagined place might save your life." What is imagined becomes fundamental to confronting forced transience and creating a Black home. The things Solange sees are not left floating alone and abandoned, for as the track ends, Solange switches her refrain, "Things I imagined / Taking on the light."

When I Get Home is an auditory map of Houston. As shown by Tina Knowles' Instagram post, Solange carefully incorporates references to physical places throughout the city — from "S McGregor," a reference to a major bypass in Houston, to "Exit Scott," a reference to how to find Solange's childhood home. But it is "Almeda" that perfectly captures this album's conversation about home unquestionably rooted in Black experiences.

"Almeda" is named in reference to an area in Houston, its sound derives from the chopped-and-screwed style, and it's the track where Solange affirms Black peoples' ownership over both our own stuff and our own selves. For a people who aren't intended to be or have anything, the act of creating could be categorized as rebellion. Or, it could be called what it is: an act of deep faith. "Black skin, black braids / Black waves, black days / Black baes, black things / These are black-owned things," Solange says, reminding listeners, "Black faith can't be washed away / even in that Florida water."

With Solange weaving together this story of Houston and southern Blackness, it's almost impossible to not linger on thoughts about my own home and the act of leaving it. Because as much as this album is about Houston, it's title still loops back to transience. Home sends us away. Home is a thing we sometimes have to get back to. In the case of my family, Black women migrated north for their sisters, settled in Minnesota, only for their granddaughters to wander, too. On "S McGregor," Solange samples Phylicia Rashad's recitation of a poem written by Rashad's mother, "On Status": "And now my hearts knows no delight / I boarded a train / Kissed all goodbye / I boarded a train / Kissed all goodbye / And now my heart knows no delight."

Black people take pride in the homes that they came from — the cities, the porches, the high rises, the corners and the blocks — and the regions that shaped them. When I Get Home is not the first time a Black woman has loved on her city, but it doesn't have to be. This is not Solange asserting herself within the trend of rushing to be "first," a contest that sweeps away all the unnamed who did it before. Instead, When I Get Home is Solange bearing witness.