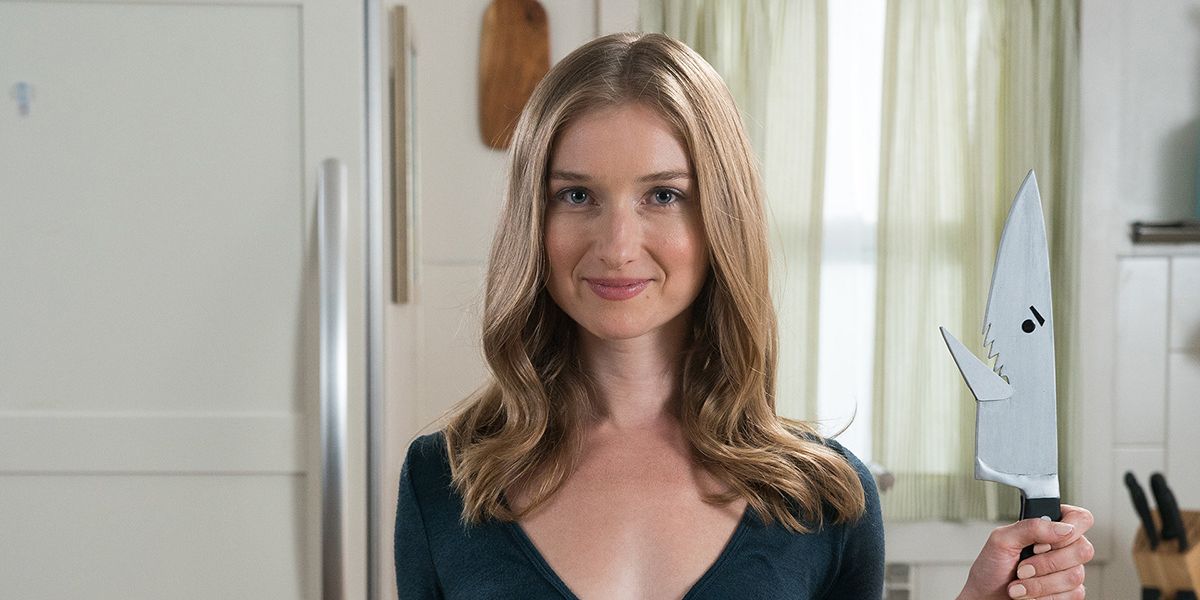 When Food Has Feelings

Have you ever had one of those moments where you looked down at your food and wondered what it would say if it could talk (Please tell me I'm not alone here)? I've also had moments that felt down right maniacal as I chopped into my vegetables as the sacrificial offerings for my dinner guests (but that might be for another post). Well from creative minds of up & coming foodie director, David Ma, and animator, Brian Haimes, comes a new comedy that explores this fantasy in all it's dark comedic glory. I recently came across their pilot for a new series, Food Kitchen, and had to know more. David and Brian, both based in NYC, recently sat down with me to discuss their new project, the challenges working with puppets, and the fetish side of bell peppers.

How did you guys meet?

We met on the set of a commercial shoot at the beginning of the year. After that shoot, we knew we wanted to join forces and bring together my speciality in directing food with Brian's directing background in animation, stop-motion and puppetry to create something new.

Is this your first time working together?

No, this is actually our fourth project together. We collaborated on a series called Food Films that I directed as well as a Halloween cooking series for Genius Kitchen.

I've seen Food Kitchen and it's hilarious. There's something familiar about your show and yet the entire premise is completely unexpected. I see that you both wrote this show. How does your creative process work as a team? Does one of you come up with an idea and then you build off of it?

We actually had a talented team of writers who helped us write the show and develop it's characters. Dave Canning, Dan Treichel and Jonathan Morvay each brought their own wit and humor to the show and really brought our concept to life. As a team, we often start with a concept, from there we pass the idea back and forth. After spending some time developing it we either commit to it and work it into our script or we discard it. The experience has been a really organic process and fun to collaborate.

David, so much of your work around food can be described as a "feast for the eyes" (IG: @davidwma) in that the visual presentation is arresting. This show approaches the entire food genre from more of a comedy angle. Can you share a little bit about why you decided to switch it up?

I love creating and shooting beautiful tabletop work, and you'll notice a lot of my tabletop work has an irreverence/comedic feel to it. A lot of food these days is shot so seriously and I've always aimed to make food fun. I knew I didn't want to only be a tabletop director and this was a unique opportunity to show my approach to shooting people (and food), directing actors to interact with food in a way we haven't seen before.

And Brian (IG: @brianhaimes), I am a huge fan of puppetry, so the minute the chicken breast sat up and started talking, I was hooked. But as far as puppets go, were there any unique challenges to animating food?

The only real challenge was how to approach the puppets. We wanted them to be the size of actual food, but also get transformed through the recipe. This created a unique build for each phase of the character. And each phase had its own set of challenges and solutions. A lot of what we were able to do was achieved by using small mechanisms inside the puppets instead of the puppeteers hand. Sal Denaro, a very talented puppet maker, was able to crank out multiple versions of the same character. Then we sliced diced and mechanized them as needed.


Are the food characters based on any real life people?


Will all episodes take place in the kitchen?


We would love to see Food Kitchen go beyond the kitchen. Vignettes of our host shopping at the farmers market, or gardening in her backyard. We love the idea of a whole produce basket of lemons squabbling and arguing, or a bunch of carrots being pulled from the dirt screaming "don't go into the light!!"With a bigger production budget, the number of locations would help tell a greater story and give us a deeper look into the life of our host.

I guess Food Kitchen is a little macabre in that almost all of the main characters are killed or eaten at the end of the episode. Will there be any reoccurring roles for the food characters?

Currently the knife is our only reoccuring character, as he's a kitchen staple that every chef relies on. As true to life, our food doesn't come back. We are not opposed to leftovers, but mostly the characters are one-offs. We will see some backstories and additional development of the personalities But each one is designed for each recipe and only serves that one purpose. We have a feeling we'll be making more recipes with bell peppers in them though :)


Do we ever get to see relationships develop?

You'll just have to stay tuned to find out. That pepper could make love to anything...or anyone.

Tell me a little bit more about Sarah Schenkkan. Where did you find her?

A friend actually recommended Sarah to us. After checking out her Instagram (IG: @actress_eats) we had her do a read for the host. She was perfect in every way. Her delivery was earnest, sincere and she just had the quintessential cheery demeanor you'd expect from a Food Network host.


I know that she also has a blog about food. How much did she contribute to this project?

We knew from Sarah's instagram and blog that she loves food. So it was a natural choice for us to cast her for her enthusiasm and passion for all things food. She did an incredible job working with our puppeteers and staying in character even while the pepper was whispering strange, strange things to her.

What was the most challenging aspect of getting this show made?

One of the biggest challenges in getting this show made was Real world/Puppet world continuity. We only had two days in to shoot in studio, so we often had to shoot scenes out of order (i.e. all the wide-shot host scenes on the first day and all the closeup food shots on the second day) so ensuring all the elements were on the countertop were placed properly was difficult. Brett Long, our food stylist and culinary producer also did an amazing job ensuring we had our food prepped and ready in every state from kebab'ed, to grilled to marinated so we could stay on schedule.

Additionally, in order to make this look and feel just like any other cooking show you'd see on the Food Network or Cooking Channel, we worked closely with our art director Melissa Stammer who prop styled the kitchen at Seefood Studios to feel colorful, bright and cheery. She really nailed the look and brought the set to life.

Not yet, but that's a GREAT idea. Unfortunately he'd probably get reported and kicked off in the first few posts anyway, haha.

What's next for Food Kitchen? When can we see the next episode?

Our goal is to talk to networks about picking up Food Kitchen as a regular series. We'd love to make it a full episode, with celebrity guest chefs joining week to week and seeing how the food would in turn "roast" them. 23 minutes would be fun to fill with comedic musical numbers from our characters (i.e. a rock opera solo from the onion or maybe a peapod opens up to reveal a barbershop quartet of peas singing about their fate.

Thanks for speaking with us today. And let us know when we can start 'liking' that Pepper on social media ;)

We'd like to give a huge thanks to our Executive Producer Howie Howell and all the incredible partners he brought in for the post production process. Given this was a personal (passion) project we didn't have 100k to spend, so he was able to connect us with talented shops like Mackenzie Cutler, Decibel Studios, Singing Serpent and NTropic to pull of all the rigorous VFX/rig removal, intricate sound design, music composition and comedic timing with the editing while helping us stay on track to meet an aggressive production schedule. We'd also like to thank Jonathan Shew who co-wrote the catchy song with Singing Serpent and provided the vocals for the opening. It took a massive team to pull off this 4 minute episode and we're looking forward to making more!

Check out the first episode below!