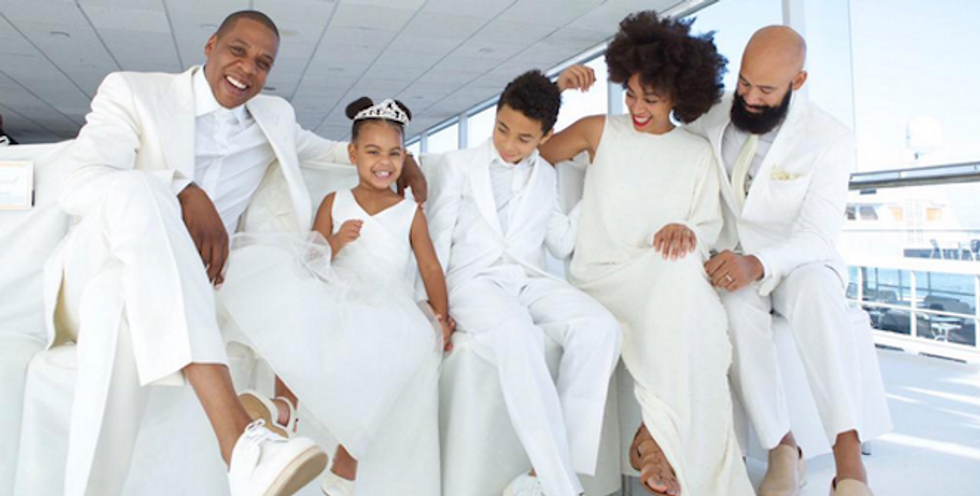 When Blue Ivy Tells You to Marry Someone, You Do It

by Elizabeth Thompson
PAPERMAG
Photo via Beyonce.com
In a new interview with People, Tina Knowles, who married her boyfriend Richard Lawson earlier this month, says that H.R.H. Blue Ivy was the one who told her to tie the knot.

"When we came out one night dressed to go to dinner, Blue said, 'Oh, ya'll look beautiful. When are ya'll getting married?' Richard said, 'Oh, Blue, soon. Do you approve?' And she said yes. That's the first time we talked seriously about getting married."

Essentially, when three-year-old Blue Ivy asks if you're getting married to the person you're dating in front of them, you don't nervously laugh and ask her to sing "Let It Go" again, you GET MARRIED.

You also listen when Blue tells you she wore Dior to the Grammys, as Rihanna, who attended dressed as a common peasant in Giambattista Valli, learned in February. (She'll never make that mistake again, your grace.)

Go quietly invest in something from Dior and check out these adorable photos of Blue and the Knowles/Carter gang from Tina's wedding that Beyonce shared on her site below.