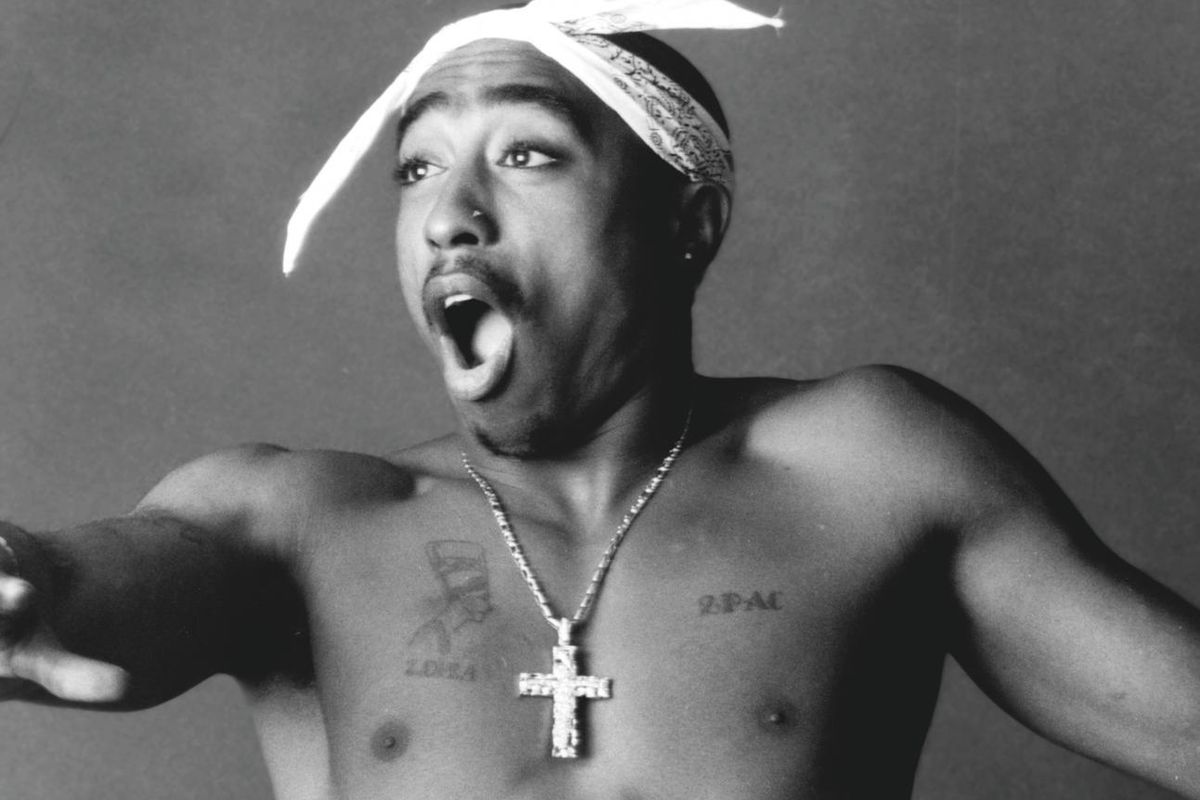 "Whatever He Was Rapping About, It Was Urgent:" Eminem on the Genius of Tupac

by Eminem / As told to Abby Schreiber
PAPERMAG

we asked three rap icons to pay tribute to lost leaders of the game. Go here to read Kendrick Lamar's piece on Eazy-E and stay tuned for Swizz Beatz on

The first time I ever heard Tupac was his verse on "I Get Around" with Digital Underground. I was 18 or 19 years old and I remember thinking, "Who is this?" He stood out so much. Once I heard that, I got his first album, 2Pacalypse Now. I saw the video for "Brenda's Got a Baby" and I remember thinking, "Holy shit." By the time he got to Me Against the World, it was him at his pinnacle. He's off and running. He knows what he wants, and he's figured out how he wants to be and how he wants to sound -- everything. I would probably put that up against anything as far as a classic hip-hop album goes.

He was taking things further than a lot of rappers at the time -- pushing it to the next level as far as giving feeling to his words and his music. A lot of people say, "You feel Pac," and it's absolutely true. The way he chose which words to say with which beat was genius; it's like he knew what part of the beat and what chord change was the right place to hit these certain words... to make them jump off the track and make you feel what he was saying. Like, listen to "If I Die 2Nite." Whatever he was rapping about, it was urgent. If it was a sad song, it'd make you cry. But there were a lot of different sides to him: fed-up, angry, militant, having a good time. His spirit spoke to me because it was like you knew everything that he was going through, especially when he made Me Against the World. You just felt every aspect of his pain, every emotion: when he was happy, when he was sad. His ability to touch people's lives like that was incredible.

The school I come from growing up, we spent a lot of time studying rappers, everyone from N.W.A. to Public Enemy to Big Daddy Kane to Kool G Rap to Rakim to Special Ed, taking all these bits and pieces from each one. Tupac was the first one to really help me learn how to make songs that felt like something.

He was so versatile -- if you weren't in the mood for what he was doing on this song here, he's got something for you over here. He covered such a broad perspective and there were so many different sides to him, but the best part about him overall was that he was a human being. He would let you see that. I used to be fascinated with his interviews like, "Yo, what he's saying is so true." He would also be able to trump people who were interviewing him when they would hit him with hard questions -- it was incredible. He was a superstar in every aspect of the word. You just wanted to know that guy. Like man, I wanna hang out with Pac.


I don't know if he was talking to Arsenio [Hall] but I remember him saying something to the effect of "[it's like] people standing outside watching through the window at a bunch of motherfuckers throwing food around and having a party and everybody's hungry outside and they're seeing through the window and after a minute, you got people out here singing, 'We're hungry, we're hungry. Let us in, let us in.' And the next minute when no one's listening, it's like 'Alright, we're kicking the door down, coming through, picking the lock, blasting.'" When he was giving those analogies, they were incredible. It was almost like he was writing songs when he was doing interviews.

When his mother, Afeni (Shakur), let me produce one of Tupac's albums -- the Loyal to the Game album -- I wrote her a letter thanking her for letting me do it. You wouldn't be able to tell the 18/19-year-old Marshall that he would ever be able to get his hands on some Tupac vocals and have that opportunity. It was such a significant piece of history for me and so much fun. I'm like a kid in a candy store; going nuts with the fact that I'm putting beats under his rhymes. Regardless of how good a rapper someone is, it's easy for things to eventually get dated. But when you make songs like Tupac did, songs that feel like something, that feeling never goes away. I can put "If I Die 2Nite" in and want to fight somebody the second it comes on. That's the kind of emotion he sparked. I could put "Dear Mama" in and damn near be in tears. He was just so good at evoking emotions through songs and I picked up so much from that. Biggie had that as well. It was that same kind of thing... he was so good at putting the right words and music together. I would have a hard time believing that they didn't know what they were doing when they were putting certain words on certain chords of the beat. I would have a hard time believing that it was all accidental. It was true genius.