Zac Posen represents the changing of the guard in fashion. He is part of a new wave of designers -- including Proenza Schouler, Behnaz Sarafpour and Heatherette's Richie Rich and Traver Rains -- who are creating clothing for the new American woman. "There is a circle of society girls and celebrities who Zac hangs out with," says celebrity stylist and TV personality Phillip Bloch. "He relates to these women and they relate to him. Every generation has someone who represents their time. For years it's been Donna, Calvin and Ralph. But fashion is a tough business. They kind of let Narciso and Marc squeeze in. Suddenly there was this gap. It's like the fashion industry woke up and said, "We gotta open up to a younger generation.'"

To celebrate Zac's 25th birthday one rainy night this past October, there's first a private and intimate dinner for family and friends at Jacqueline Schnabel's house in the West Village. Later, everyone goes to the east side for the after party at Butter. Forget the cold sheets of rain outside -- inside, the room is as cozy as a pashmina, filled with Zac's well wishers: Lola Schnabel, Elle's Nina Garcia, supermodel Shalom Harlow, Bloch, Ann Dexter-Jones (wife of Mick Jones and mother of the Ronson clan), hip-hop mogul Damon Dash, Theodora and Alexandra Richards, Margherita Missoni, socialites and assorted Wall Streeters. It's vodka cocktails, air kisses and disco dancing all around. It feels so '80s. And while the rest of the city is soaking wet, Zac's crew is dressed in flowing yellow, green and blue dresses. They dance while the DJ plays Bill Withers's "Lovely Day."

A lovely day indeed, especially if you are Zac Posen, fashion's current one-to-watch. In boldface type he's been called everything from "wonder boy" to "the future." Some even sarcastically dub him an "operator." (As they say in hip-hop, "Don't hate the player; hate the game.") But most people say he's creative, charming and incredibly talented. Of course, his dark, Rudolph Valentino-esque features and mop of thick curls don't hurt. Not bad for a well-dressed and intelligent man to be surrounded by beauty, artistic vision and wealth. "He's more than a designer, he's a lifestyle," says Sean "Diddy" Combs, an investor in House of Z, Zac Posen's parent company. "I felt like he could follow in the footsteps of Tom Ford, Miuccia Prada, Marc Jacobs and Ralph Lauren. I decided to invest because I felt he's the future of fashion."

When someone congratulates Zac's parents, Stephen, an artist, and Susan Posen, CEO of House of Z, on having had the birthday boy, his mother snaps back, laughing: "Who knew?" Later she elaborates. "It was clear to everyone that at a very early age Zac was going to do something. What it was wasn't entirely clear. He's one of those people who is blessed with finding his passion at a very early age."

It seems as though all of Zac's wishes are actually his destiny. It's the New York City dream. He took sewing classes at age six and attended Saint Ann's in Brooklyn, where he acted in school plays, won the New York Metropolitan Math Competition and met many of his future clients. "I met Zac when he was 14 years old," says actress Joy Bryant, pictured on these pages. "Even at a young age, he had a unique fashion flair. . . . He was fierce!" Zac then interned under legendary fashion historian Richard Martin at the Metropolitan Museum's Costume Institute, where he had access to the most complete archive of fashion in the world. He attended St. Martin's College of Art and Design in London and was mentored at Azzedine Alaia's atelier. He also did stints at Nicole Miller and Tocca. Then he launched his Zac Posen collection two weeks before September 11, 2001, to rave reviews. He won the coveted CFDA Swarovski Perry Ellis Award in 2004. He even designed Mayor Michael Bloomberg's daughter Emma's wedding dress. Busy boy. vHis dresses start at $1,200 and are available at 150 retail outlets worldwide including Bergdorf Goodman, Barneys, Neiman Marcus and Bloomingdale's. His following is mainly comprised of loyal boutique shoppers at specialty stores like Louis Boston or Kirna Zabete. Most of that part of the business's success has been based on an American tradition called the trunk show -- a mix-and-mingle, horse-and-pony event with cocktails that connects designers with their customers. "I get to interact with these amazing women and learn their fantasies, passions and desires," he confides. His celebrity friends (affectionately known as Zac's Ladies) and supporters include Schnabel, Natalie Portman, Gwyneth Paltrow, Claire Danes, Joy Bryant, Julianne Moore, Naomi Campbell and Liv Tyler, all of whom are frequently photographed at parties and on red carpets in his creations.

"Zac from the start had a lovely sense of how to make a dress," says Sally Singer, fashion news director at Vogue, "a dress that is quite old-fashioned but in a modern way. These dresses are very elaborate, with gores, bustles, darts and seaming. Zac's dresses are being worn by a younger generation of women. Suddenly, young girls look all grown up. It's a vintage feeling but modern. He knows how to dress his generation. It's nice when designers recognize their generation."

In April of 2004, the king of modern marketing, Diddy, became a patron to Zac Posen with an undisclosed long-term investment in Zac's burgeoning women's fashion business. "When I first met Zac, I was blown away at how young he was and how refined his aesthetic was. He's a designer with an old soul," says Diddy. "He makes women look pretty -- and feel beautiful, and that is very difficult." Young Zac is building a "global luxury brand." "Our brand is about global, world traveling luxury," he says. "It's about transit and movement and it has a status element to it. I'm not into fashion snobbery!" With help of his lawyer mom and his artist sister, Alexandra, acting as creative director, Posen is in this business for the long run. "This is really a family business," says Zac in his studio in Tribeca. "We're all close here. We all cry and laugh."

Recently, he has teamed up with Jaguar to manufacture limited-edition leather driving gloves, Neiman Marcus for made-to-measure denim and Wolford for designer hosiery. Handbags, shoes and furs are on the way. His atelier (or custom-order business) includes private clients such as Oprah Winfrey, Madonna, Jennifer Lopez and Beyonce. These pieces are created in his Tribeca studio. "It was very important for me to build an atelier in America," Zac explains. "I was adamant about it because of our private couture business. The complexity of design and quality is rare in New York. Our interns learn how to cut patterns perfectly, how to merchandise, how to sketch. It's an amazing school. We are trying to keep that alive in America."

The common inspiration in Zac's spheres is women; the female life is what drives his creativity. "I love strong female archetypes," Zac says, nodding. "And movies made me understand the drama of life: the excitement, the calm moments, the wild moments, the demure moments, insecure moments. How clothing can seduce, comfort or uplift a person."

Being a SoHo-raised New Yorker, Zac cites a broad array of cultural influences: Cocteau's Beauty and the Beast, Azzedine Alaia, Judy Garland, The Muppets, Alexander McQueen, Michael Jackson, Billie Holiday, Singin' in the Rain, and so on. "My love of fashion first comes from the theater," he says. "I trained to be a singer all my life. I sing all the time to calm people in my studio. I danced my whole life. I was putting on one-man shows in my bedroom."

And all the brand experts would agree that his personality is as important as his product. "To see him evolve as this fashion force is something special. He's a real American treasure," says Bryant. "Zac is wonderfully enthusiastic about the projects he takes on," says Vogue's Singer. "Putting yourself out there is key. You are your brand." Bloch says it simply, "There is something about having that personality and charisma behind the brand. At the end of the day, you are not going to just make a pretty dress, you are creating a lifestyle." 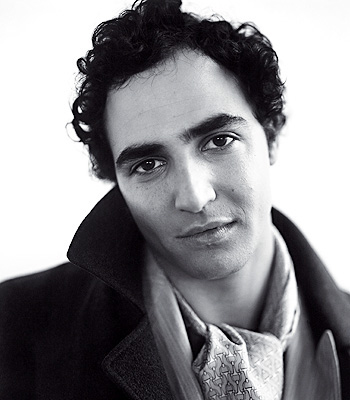 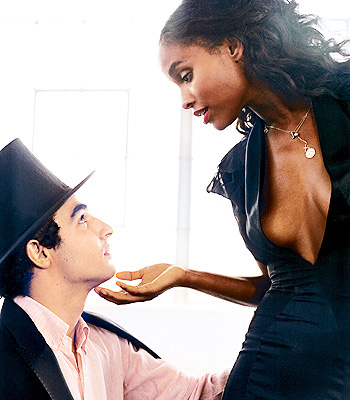 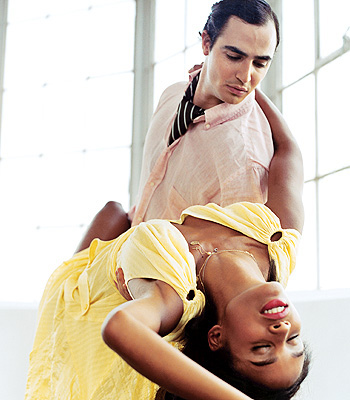 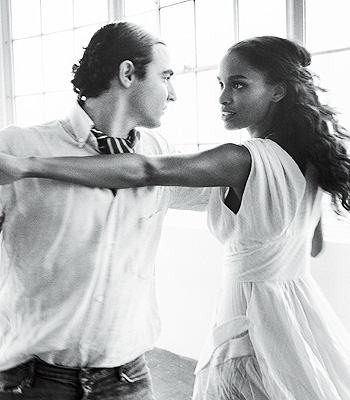