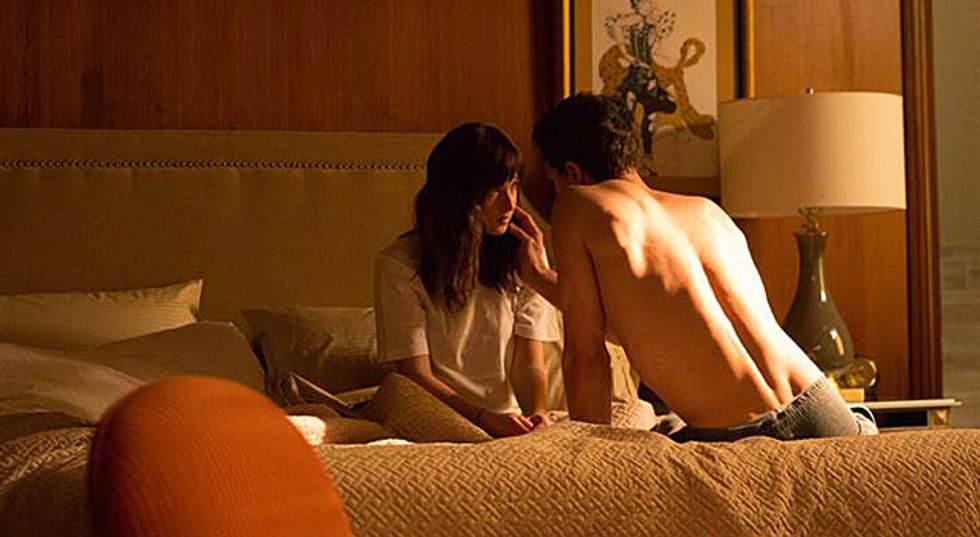 What Not to Buy for Valentine's Day: Fifty Shades of Grey Lube

by Gabby Bess
PAPERMAG
Hopefully this comes as a big surprise to no one, but there's a variety of Fifty Shades lubricants out there and they don't work. Well, they "work," but not in the way your fantasy is expecting them to. The makers of "Come Alive Pleasure Gel" are now being sued because their particular lube has not yet transformed any lovers across the country into Christian Grey himself nor has it grabbed any souls.

A California woman named Tania Warchol has filed a class action lawsuit stating, "What the fuck, my sex life is still nothing like this fictional book or movie." The paperwork explains: "The complaint notes that the product's packaging promises users will 'experience enhanced orgasms and stimulation as every tingle, touch and vibration intensifies.' It includes the lines from James' second Fifty Shades novel printed on the box -- "I surrender, exploding around him -- a draining, soul-grabbing orgasm that leaves me spent and exhausted."

Well, good luck, girl. Unfortunately, there's still a lot of 50 Shades BDSM-lite merch out there to be wary of, including a straight up tie that is somehow a special because it's "Christian's tie." Reportedly, tickets for the film adaptation of E.L James' 50 Shades of Grey are rampantly selling out in middle America and the studio has already signed on for the two sequels, which is good news for this Amazon page. But really, just listen to these BeyoncÃ© remixes and your sex life will be fine.