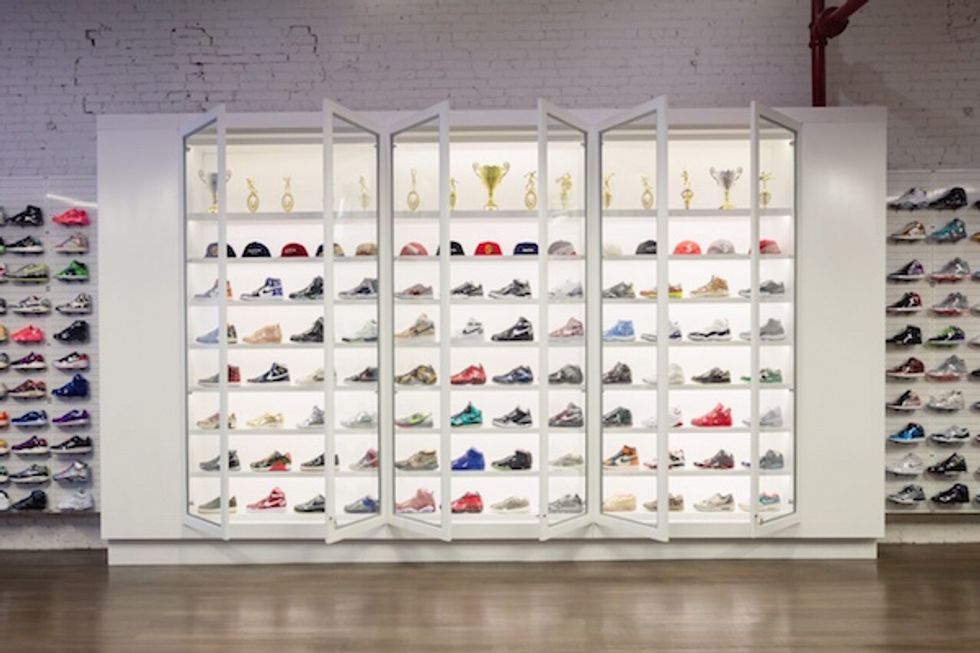 What Are THOSE?! Stadium Goods Is Opening Stores In NYC

by Keenan Smith
PAPERMAG
Stadium Goods, an online marketplace that allows users to buy and sell exclusive footwear, is opening a brick and mortar shop in New York City. Even with their clean and efficient web interface, John McPheters and Jed Stiller, Stadium Goods' co-founders, felt it was time to bring their high level of customer service and unique selection of footwear to Soho's Canal Street this month. From the $40,000 Jordan x Undefeated collab to the coveted "Back to Future" Nike Air Mags (retails for $9,000), Stadium Goods is bringing the dopest shoes to you in new ways.
They even have in-store pick up for online purchases, streamlining the online buy-and-sell experience and making it more uniform and accountable. Nearby their new retail location is their currently open Market Center for in-store drop off for those kicks and other apparel you want to get rid of. Check out Stadium Goods' website here and, if you're in Soho, stop by their crispy new flagship stores (both the retail and market center) when they open on Friday, October 16, 2015. It'll be open 7 days a week, from noon-8pm.
Stadium Goods Market Center, 305 Canal Street, New York, New York, 10013
Stadium Goods Retail Store, 47 Howard Street, New York, New York, 10013