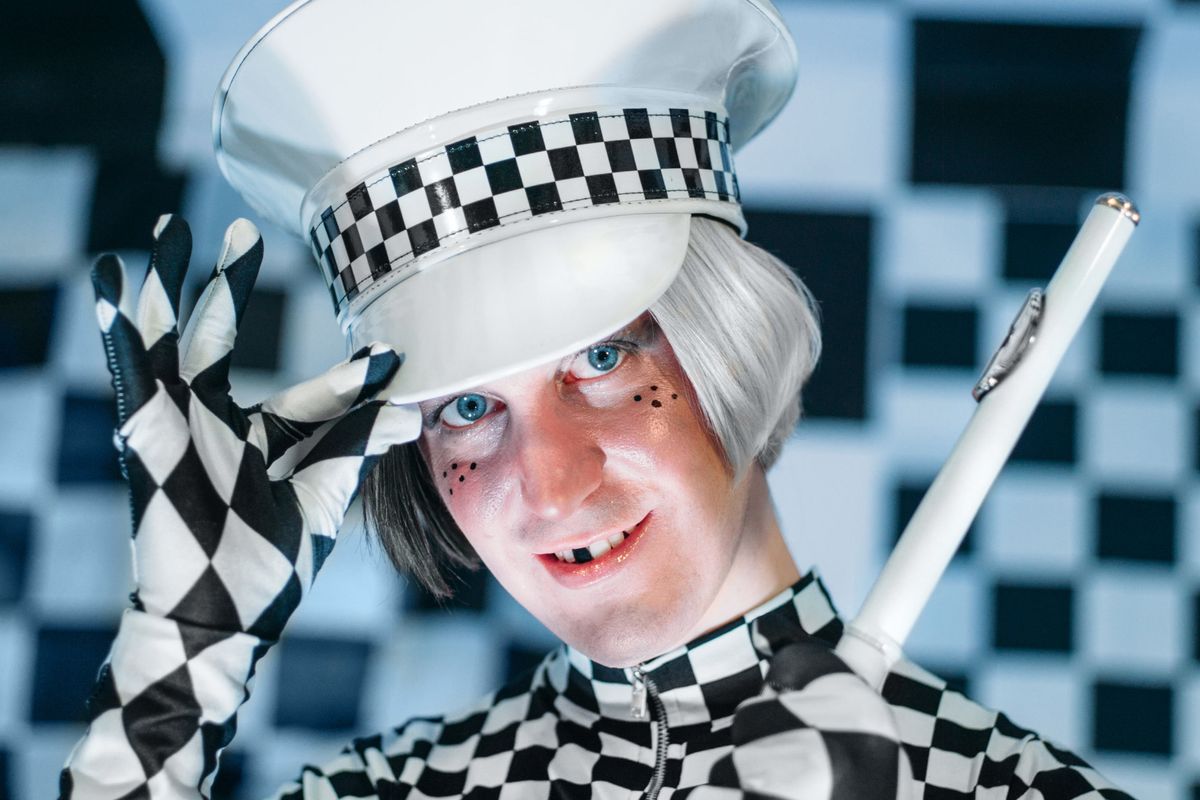 What if Weird Al Was a Sexologist?

The perspective from which Weston Allen's newest song was written is one that seems nearly too strange to work, and yet, it lends itself well to the story. Allen describes it as "if Weird Al was a sexologist," but it comes across as if the song was written by Weird Al, a part-time sexologist and part-time Fast & Furious extra. Cue the checked balaclava wearing backup dancers and climactic flute solo.

"I wrote 'Utopia Erotica' as kind of this tongue in cheek romp through American sex culture, however kinky or vanilla," Allen says of the track. The lyrics are intensely sexual, almost disarmingly so, with witty come-ons like, "Burning holes in my lingerie/ My fiancé's in the NRA," and "I kiss your ass and your MasterCards/ Look me in the eyes don't read the cue card." Each line is punctuated with a thrust or an ecstasy-laden head bang. Allen delights in teasing listeners with the lyrics, confusing them with the visuals, and making them dance to the ever-escalating cascade of brassy synths. "The repeating chants and brass fanfare kind of make 'Utopia Erotica' into a fight song of sorts; lots of chest-puffing and empty flag-waving," Allen describes the instrumentation.

The video shows Allen, sprawled dominantly on the hood of a blank hot rod filled with facekini-wearing friends. Smoke fills the frame whenever Allen puffs on a hookah pipe protruding from the vehicle, gassing up before delivering the verses in an alarmingly patterned backroom. "For the video, similarly to my live show, I wanted to create this disorienting experience where tons of these faceless, genderless checkered people perform as one," Allen says of the style. "I love checkers because they are this very universal, very historically reused pattern that somehow simultaneously jumps out at you but is also so often in the background dressing."

The lasting image left by the song is one that's exciting and genuinely enticing, with the mantra, "It's the way you come," sticking in listeners' brains and firmly cementing itself as sort of musical foreplay. Watch the video for "Utopia Erotica," follow more of Weston Allen's flamboyant antics on Instagram, and check out BTS from filming, below.