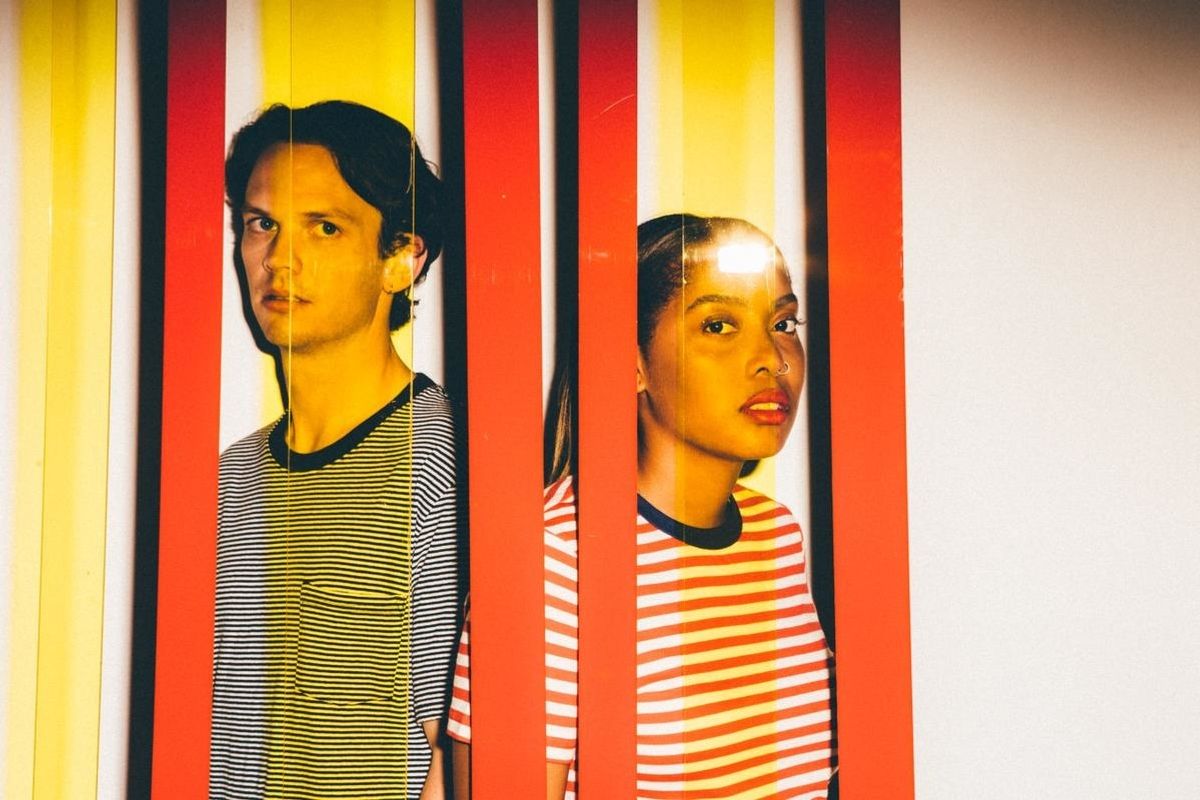 WESLEE, made up by the indie-pop duo Josh Grant and Emma DD, have been hitting all the right notes lately, from being named one of the Top 10 British R&B Soul Artists to watch in 2018 by Complex to selling out their first headlining show in London. In the meantime, they've managed to rack up several million streams on Spotify, and even score a feature on Grey's Anatomy. Riding high on this success, the duo are ready to dance their way into 2019 with the PAPER premiere of the music video for their most recent hit, "Sweat Dreams."

The video for "Sweat Dreams" follows the summer 2018 release of their debut EP 9F, an exploration of the duo's unique dynamic and R&B sounds. After we included the high energy single in PAPER's weekly Bops Only list back in May, we couldn't stop listening. What upon first listen seems to be a chill, pool party track ends up proving itself to be so much more. The toe-tapping groove eventually turns into an all-out dance party anthem at its chorus, reminding us to not worry, that it's all just a "sweat dream."

The accompanying video is aptly titled, since WESLEE collaborator Chu spends the entirety of the video dancing her ass off while exploring the hyper-colorful SoCal. Chu pops, drops, and twirls her way around town to the summery beat, and its infectious: it's hard not to get up and dance along, even if you can't manage to replicate Chu's fierce hair flips and body rolls.

Director Alexandra Gavillet says that they set out to make the video "fun, energetic, and lively" and wanted to show off Chu "living her best life." Gavillet and WESLEE certainly accomplished that, since everything about the video is bright and high energy. Every frame of the video is highly Instagram-able, and the colors pop off the viewer's screen.

It looks like we'll be trying to learn Chu's moves until we get WESLEE's next bop.

Check out WESLEE's video for "Sweat Dreams" below: