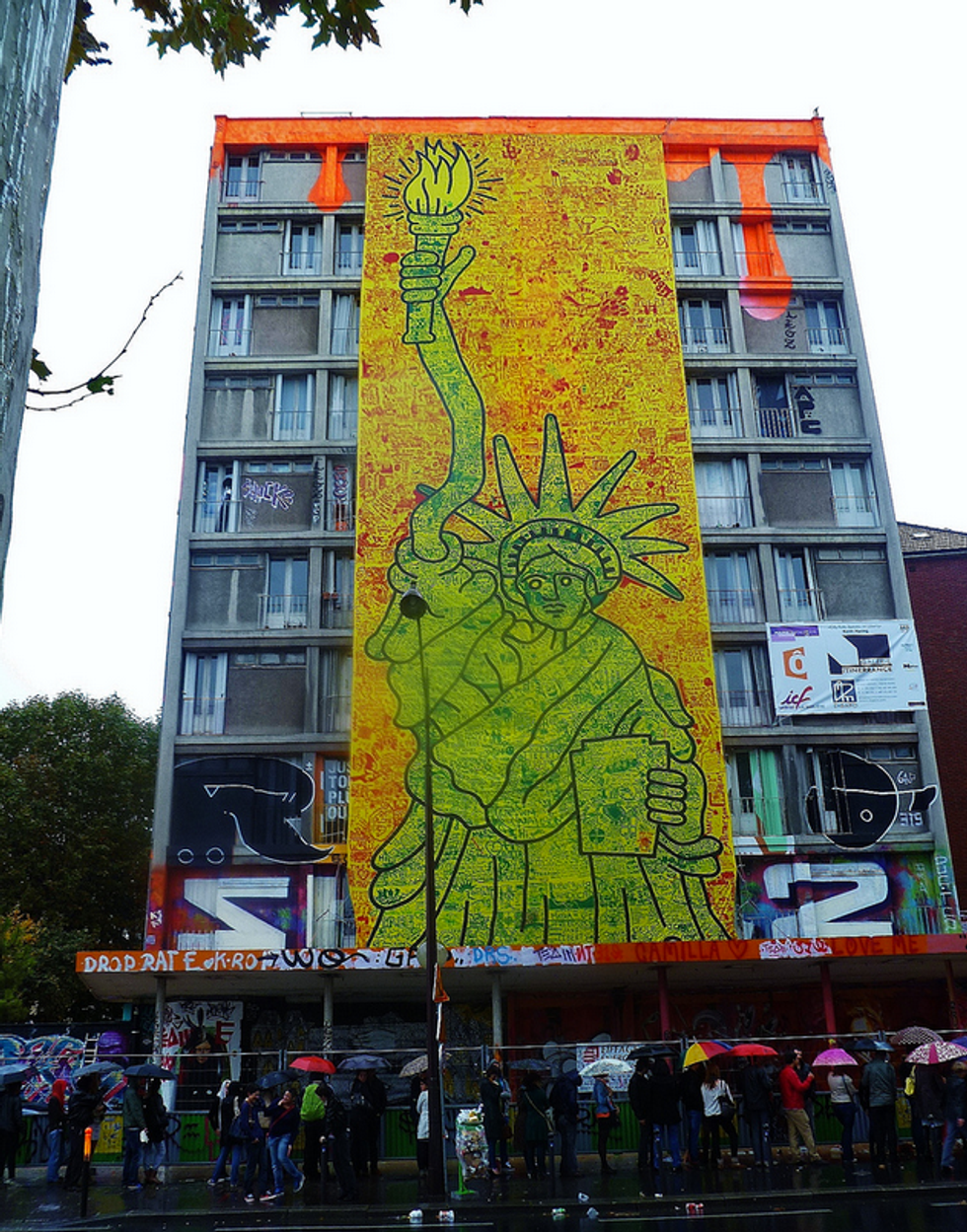 by Juliette Kang
PAPERMAG
[Photo via]
With July 4th just around the corner, The CityKids Foundation is announcing the fate of Keith Haring's iconic American mural, "CityKids Speak on Liberty." Not only is it one of Keith's most patriotic works, but it is also the largest. The six-story piece depicting the Statue of Liberty first debuted in Battery Park on July 4th, 1986, celebrating the statue's 100th birthday. Since then, it has been exhibited all over the world from Milan to Paris. However, now after more than two decades, the work is finally returning to its home in New York, commemorating both the 25th anniversary of Haring's passing and the 30th anniversary of The City Kids Foundation. The press conference announcing the ultimate fate of Haring's work will take place tomorrow at the NOMO SOHO Hotel and will feature a special message from artist Kenny Scharf and and performance by Steven Prescod, star of the one man show, Brooklyn Boy.