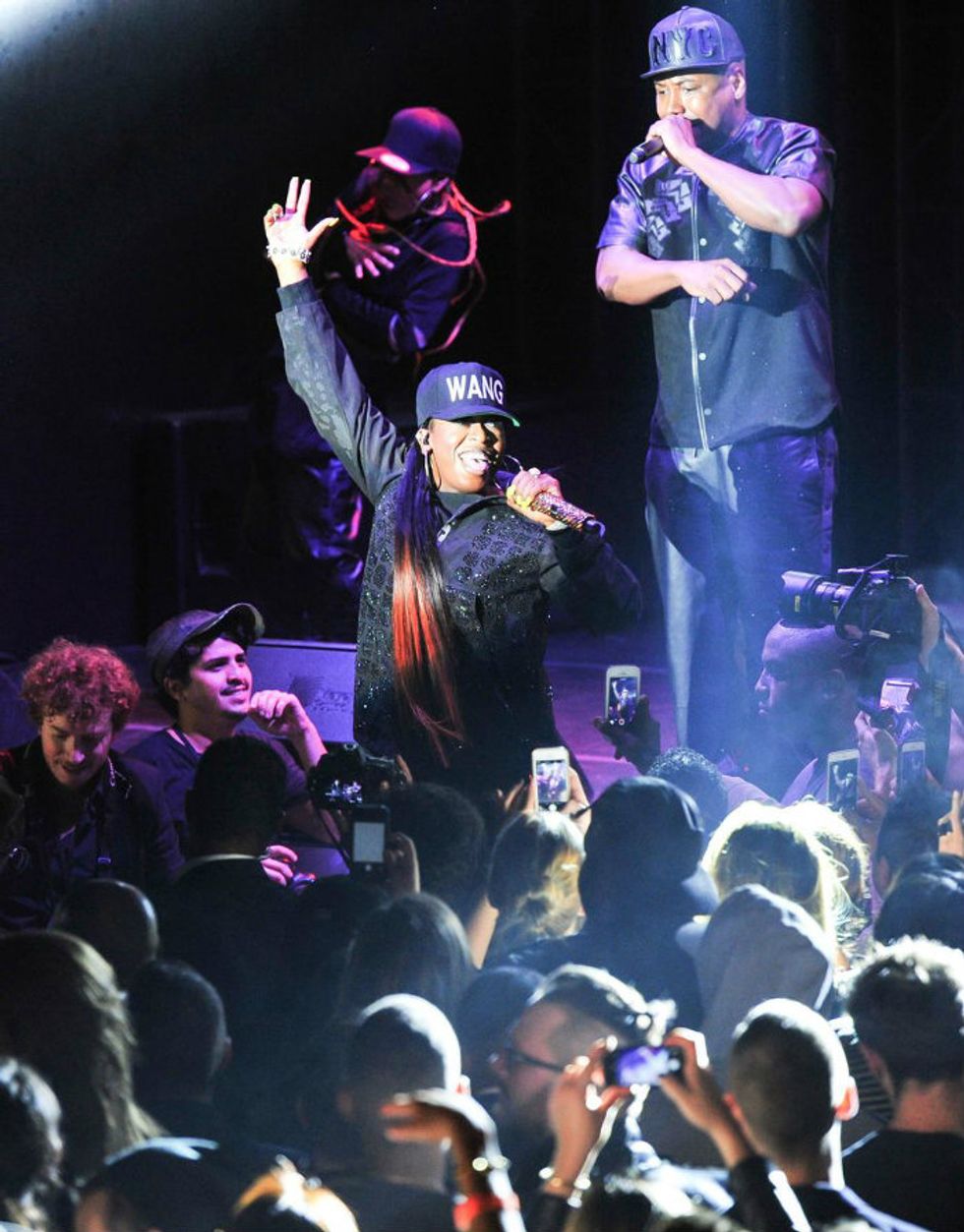 Welcome to Missy Elliott Week: Why the Queen Matters

by Eric Thurm
PAPERMAG
(photo by Benjamin Lozovsky/BFANYC.com)
There were quite a few memorable moments from this past Super Bowl -- doesn't the Left Shark feel like it was ten years ago, rather than just a few months? -- but maybe the most unequivocally enjoyable and positive was the reappearance of Missy Elliott, almost a decade after her last hit appeared on the charts.
It's not the first time an artist has been exposed to a large audience of people unaware of their work -- remember when Bon Iver's Grammy wins sparked internet questions about Bonnie Bear? or the (at least partly/mostly joking) queries about new artist Paul McCartney after his collaboration with Kanye West? But this time was different -- rather than defaulting to humor, Missy won over new fans, who voted with their digital wallets.
By the morning after the performance, several of Missy's older hits were topping the iTunes charts -- including "Work It" at number seven, "Get Ur Freak On" at ten, and "Lose Control" at 15. Her music was being aggressively streamed. Rather than being mad at teens for not knowing an artist whose heyday was, admittedly, around the time they were born, we should be excited that they're not only being introduced to her music -- they're enjoying it. (And especially that playing "The Rain" at parties is cool again.)
And now, we're moving full steam through a Year of Missy Elliott. After the Super Bowl appearance, everything has been coming up Missy. Her protege Sharaya J is on the path to stardom. She's joining The Voice as an advisor to Pharrell's team. And one of the better songs of the year, Lil Mama's delightful "Sausage," owes no small part of its existence to Missy Elliott.
That's why this week here at Paper is Missy Elliott Week (not that we really needed an excuse). She's one of the longest-lasting, realest artists out there, and her music feels just as immediate (and is just as likely to get you off your ass) today as it was 15 years ago. That's a remarkable feat, considering how many people might have blown the Super Bowl opportunity she had, and just makes us love her even more. As Missy Elliott's influence continues to grow in both explicit and subtle ways, it's worth taking a few days to contemplate how great she is, and how great she'll continue to be. Let's get our freak on.
You May Also Like
Fashion