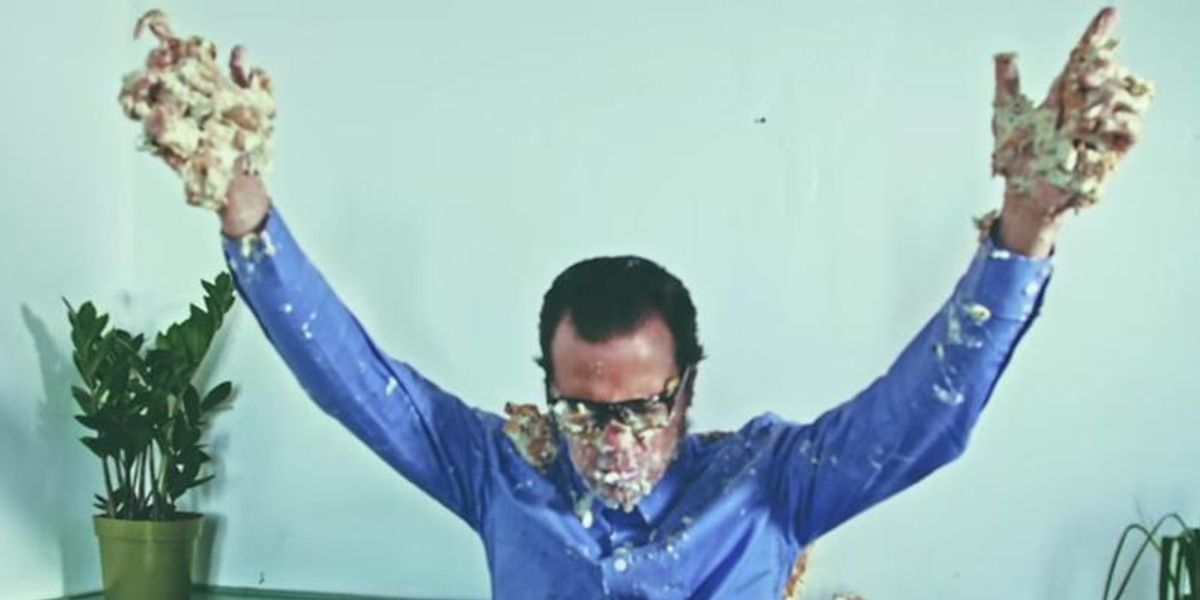 Weezer's video for "California Kids" kicks off with Rivers Cuomo binging on a huge tray of cannolis, and keeps right in that bizarre/surreal deja vu groove. The cannolis (and most all shots in the video), reference earlier videos for songs from the upcoming White Album, like potato chip theft (from the video for "King of the World") and Cuomo dancing with a female bodybuilder (a wink to last month's video for "L.A. Girlz"). And, because why not, at the very end the video flips to vertical mode and the kids who made "Damn, Daniel" appear to deliver a Weezer-appropriate variation of their catchphrase: "Damn, Rivers, back at it again with the Ray Bans."