The “You better sing!”s and “Go girl!”s were in full force in Central Park at Whitney Houston's Good Morning America performance, which aired this morning. And everyone, I mean everyone, was losing it over seeing their real live Idol in the flesh -- fans jumped over the VIP fence, the camera crew bobbed their heads, and even Diane Sawyer (who Whitney called her "dear friend") and Robin Roberts joined in on some fun back-up vocals for "I'm Every Woman" (Yes, she sang every woman's/gay's anthem!!!!) Unfortunately, Whitney’s voice ain't what it used to be (methinks that had something to do with the performance being pre-recorded), but she did apologize for the rough notes due to "too much talking when I should be singing" while filming Oprah the day before. But she hasn't lost her entertaining Whitney-isms: the dramatic posing, the “you, you, yoooou” riffing and pointing, and yes, even the sweat was totally all there. Whitney owned the stage and ate it up -- unlike other comeback queens who’ve become painfully programmed (Brit Brit) or who still think butterflies are cute (Mariah). She was uncensored and the Whitney we all love sans the crack. One awkward/cute moment was when the proud mama embarrassed the hell out of her daughter, Bobby Christina, by bringing her on stage for "Your Love is My Love" and telling the sound peeps to turn up the mic for her to mumble a few "put your hands up..." Awkward turned to powerful when Whitney dedicated the title track to her album, "I Look to You," to her mother who was sitting in VIP section. 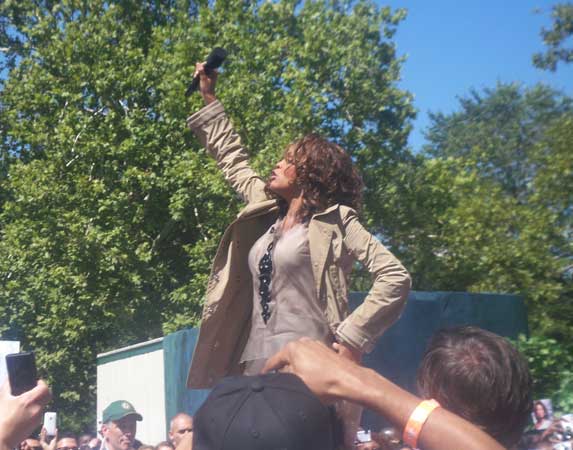 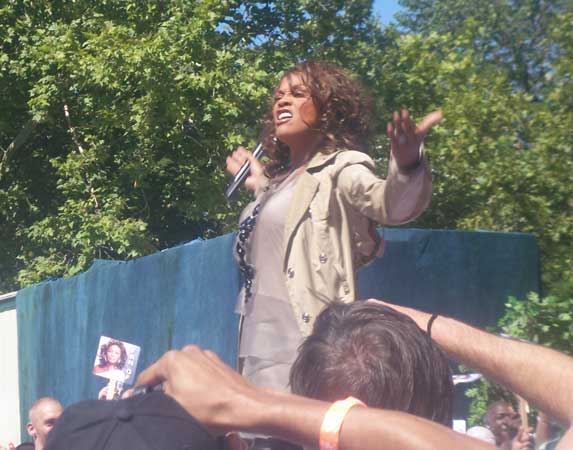 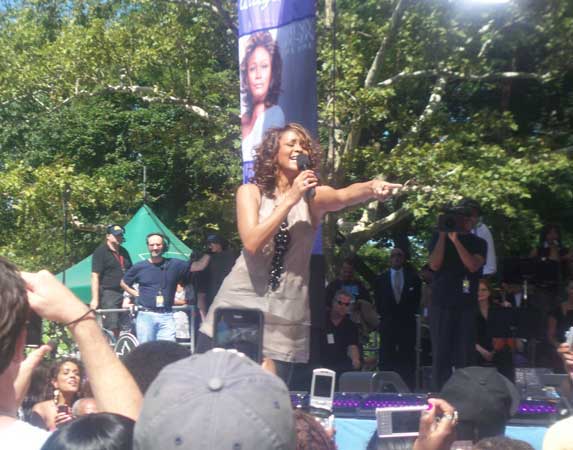 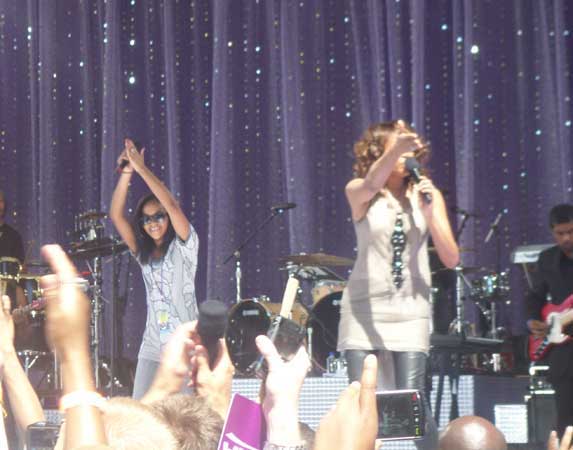 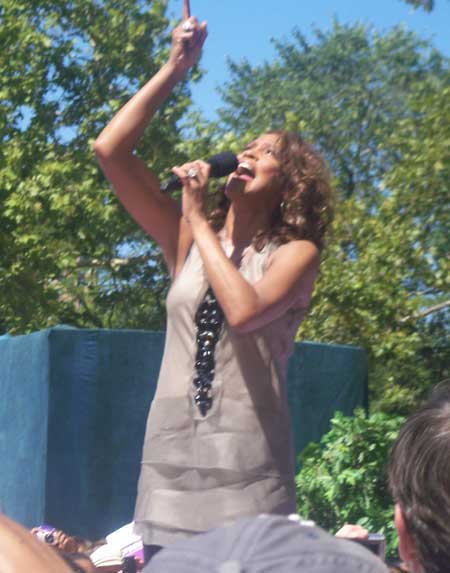 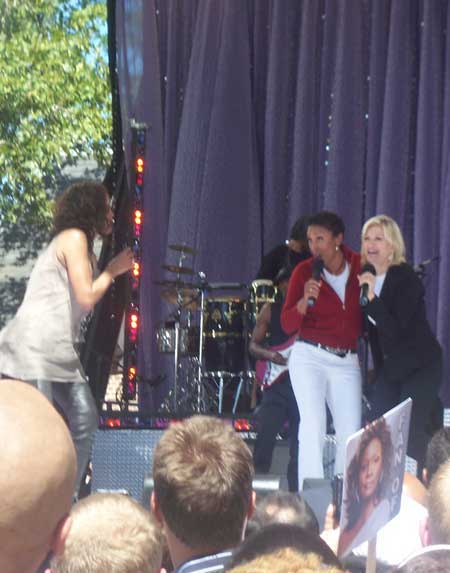