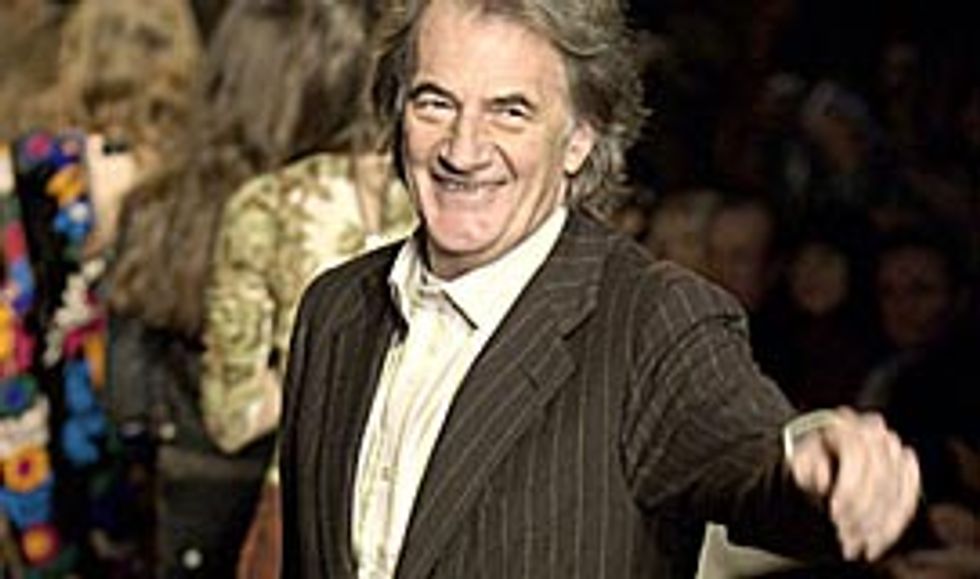 .... Paul Smith (right) has bought a building on Greene Street in Soho (formerly Helmut Lang) where he will open a multi-leveled store. Yipeeeee.

.....That the pope of trash John Waters will be turning 60 next month and will be celebrating it at a huge bash at Keith McNallys Pastis in the way West Village. I remember when John turned fifty he also celebrated that birthday at his friend (and fellow film fanatic)  McNally's other new spot called Pravda, a bar on Lafayette Street.

.....My favorite Village neighbor and best chef in the world Mario Batali will be taking over my nail salon on 8th St. in the Village next to Otto where he will open a mini extension of Otto (maybe called Otto piccolo?) that will be a quick panini place with a couple of tables and takeout!

....Speaking of panini places, my other favorite person in the world, Murray Moss, (design guru and owner of the legendary shop Moss) will be opening a wine bar that will also be serving food, paninis, pasta etc. Murray really knows not only good taste but what tastes good and we cant wait to try it. It's currently scheduled to open in early March.

...Tom Ford didn't mean to put himself on the cover of Vanity Fair. It was unintentional.

...George Clooney spent all day shooting a movie in the alley behind PAPER's offices on Franklin Street near Broadway yesterday. Will he be there again today? (I'll let you know!)