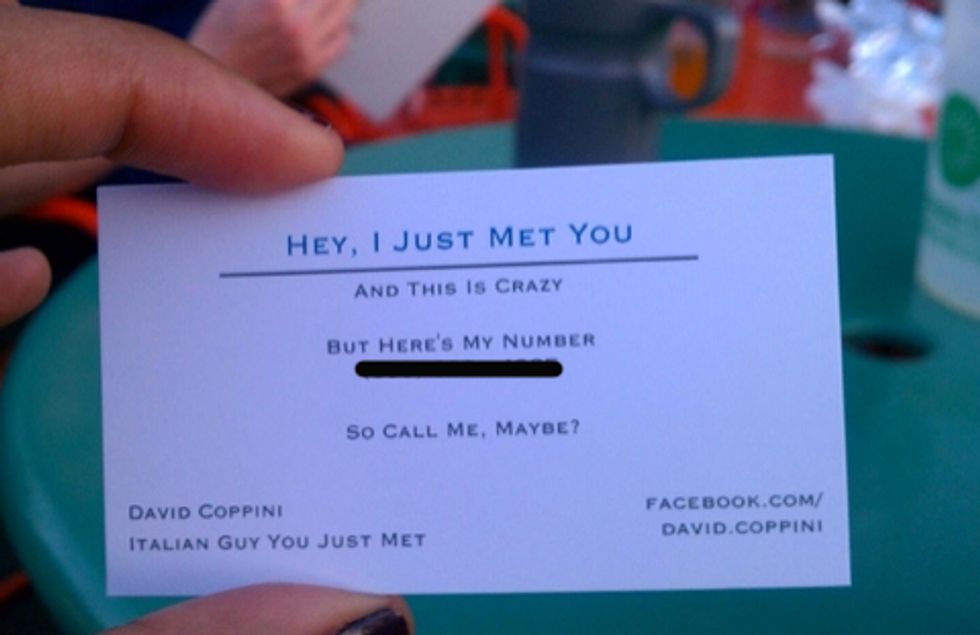 It's a classic case of virality. Someone takes a picture of a good joke between friends and posts it on Facebook. The joke's so good, so funny, or so topical that Facebook users pass it  around and eventually one of them shares it with Reddit (or in this case Buzzfeed) and  voilÃ : a meme is born.

In the instance of David Coppini's business card pictured above (which is themed after Carly Rae Jepsen's viral pop hit "Call Me Maybe"), it made a leap few memes do: it went IRL (Internet-speak for "In Real Life").  Since the business card photo initially had Coppini's real name and number on it (Buzzfeed later blurred out the number), Coppini's real identity was always part of the story unlike, say, PTSD Clarinet Boy, Almost Politically Correct Redneck or Scumbag Steve.  He -- the real person -- instantly became part of the meme and had to deal with its effects. And, after we witnessed firsthand how viral this little card became once we posted it to PAPERMAG's Facebook (last we checked, it had 7,776 likes and 4,742 shares -- a record for little old us), we decided to do what hundreds of other people have been doing over the last 48 hours: give David Coppini a ring.  So here's what happened when we called him maybe. 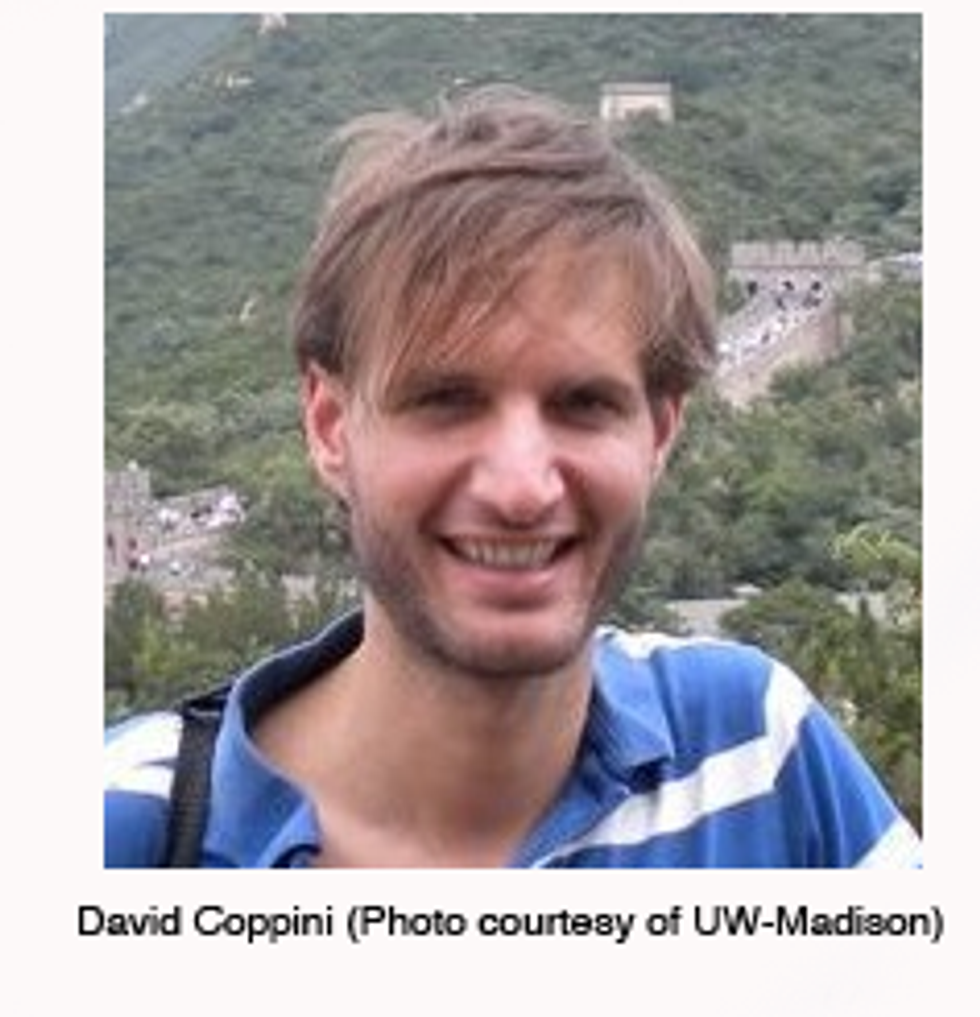 So who are you?

I'm from Florence, Italy and I'm a grad student at the School of Journalism and Mass Communication at University of Wisconsin-Madison.

What's the story behind the business card?

The craziest thing is that I didn't have anything to do with it because it was a present.  One of my best friends gave me 150 business cards on Friday because it was my birthday -- he made them on Vistaprint.

And I assume you're familiar with the Carly Rae Jepsen song?

Yeah, I know the song.  I love the song.  We were laughing a lot about the card and someone posted a photo of it on Facebook but I didn't think it would ever go public. One of my other friends put the card on Buzzfeed and then everything began. It was crazy. I was also surprised this happened because my friend told me there were already cards like this online so it's not even original.

My friend made the mistake of posting the card on Buzzfeed with my phone number on it.  My phone is dead. I've been getting 20/30 calls per hour. I don't even know how many, it never stops. I have hundreds and hundreds of texts and hundreds of friend requests on Facebook.

When did the calls start?

They started Sunday night.  I was finishing up a grad school paper and then my phone rang and I answered and it was this girl -- I think it was a teenage girl -- who was singing "Call Me Maybe." At first I thought it was a friend of mine and I said, "I have to finish my paper" and then she started laughing. That's when I understood something was wrong. Then a friend texted me and said, "I saw your card on Buzzfeed, I think you'll be getting a lot of calls." It got crazier and crazier. I have friends from Italy, people from Argentina, New Zealand, everywhere, calling me. I think I have to change my number.

Did you answer any other calls?

I didn't. I didn't pick up any of them. I might do it tomorrow. I didn't have time to do it today.

Did you listen to any of your voicemails or read any of the texts?

You seem like you're in good spirits about this.  Are you mad at the friend who posted the card on Buzzfeed?

I just think it's really funny. My friend was really sorry about the fact that my number was on the card. She contacted Buzzfeed to ask them to take the number off so they blurred it out.  It's interesting because we're studying the power of the Internet and new media [in grad school] and I'm experiencing it first-hand now.
RELATED:
Meet Charles Sonder, Chips-Eating Subway Hero a.k.a. Snackman

This Fern Is More Famous Than You'll Ever Be

Why #WWIII Trending Is No Laughing Matter