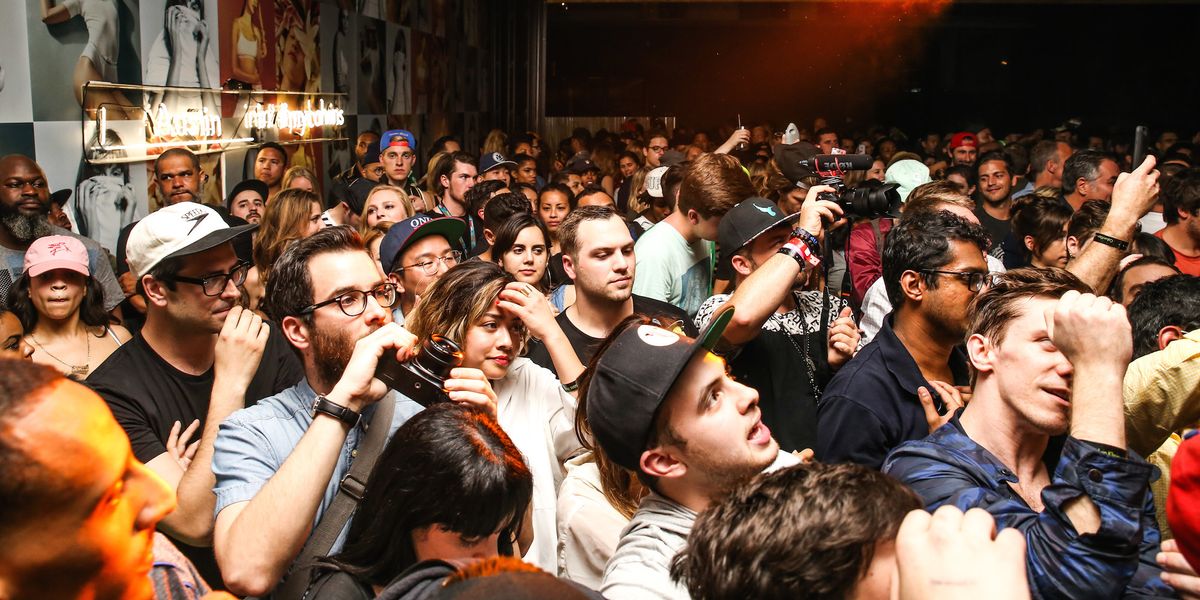 We Asked Austin Bartenders How They Really Feel About SXSW

South By South Mayhem: the music festival where you have to know someone who knows someone to even get a chance at waiting in line to see a show. Your wrists are covered in wristbands that make for a great snapchat story, but may or may not get you into the venue -- you know, depending on "capacity," which is the word that's heard most often here. Instead of chatting with the musicians or the industry douches about how tired or drunk they are, PAPER chatted with the folks right in the line of fire: the bartenders and door people. Bouncing around from bar to bar, we got the perspective from the true locals that see it all at SXSW: the good, bad, and ugly.

Nicole at The Fader Tent

"I've bartended for two years at Fader. It's definitely the richer crowd here because you have to have a pass to get in, and there's more of an attitude from them. But everyone's just wasted and asking for alcohol we don't even have."

"After about 20 years of this, I'm about ready to be the people that go and party and act a nut instead of the one having to watch all of those people and keep them from being a nut. 75% of the people that come out are music lovers. The other 25% that abuse it and just ask for free drinks."

"It's been all out-of-towners here. The locals are basically scared away during SXSW so they avoid the scene."

"From the locals point of view, if you're in industry, it's money making time right now, which is cool. But a lot of it's frowned upon because tons of people are moving here now and driving up prices. All the people that made Austin great: the musicians, the teachers the artists, can no longer afford to live here because it's getting so big, which kind of sucks."

"People have been very nice today and willing to let me look in bags and check their ID's, but generally people can also be really confrontational -- especially at night when they've been drinking. I think it's mostly that during SXSW we just see so many more people, and there's a lot of free shows so people think they can get away with everything."

"I think the respectfulness of the crowd depends on the type of music playing. We've been really spoiled having great bands come in, and great bands mean great fans and customers. But SXSW in general is bittersweet. It's a double-edged sword; we rely on SXSW to be successful, but then we have everybody coming in and taking over our city -- still it's hard to really complain because we benefit."

"This one guy yesterday was a complete mess. He had to be the most hungover of anyone I've seen leaving SXSW so far. He basically fell in the bar seat and ordered a shot of Jameson and begun taking every item out of his bag and lined everything up on the bar. There was shit everywhere. And then he knocked over his chair and spilled his Naked juice all over the floor. Then I asked him to leave"