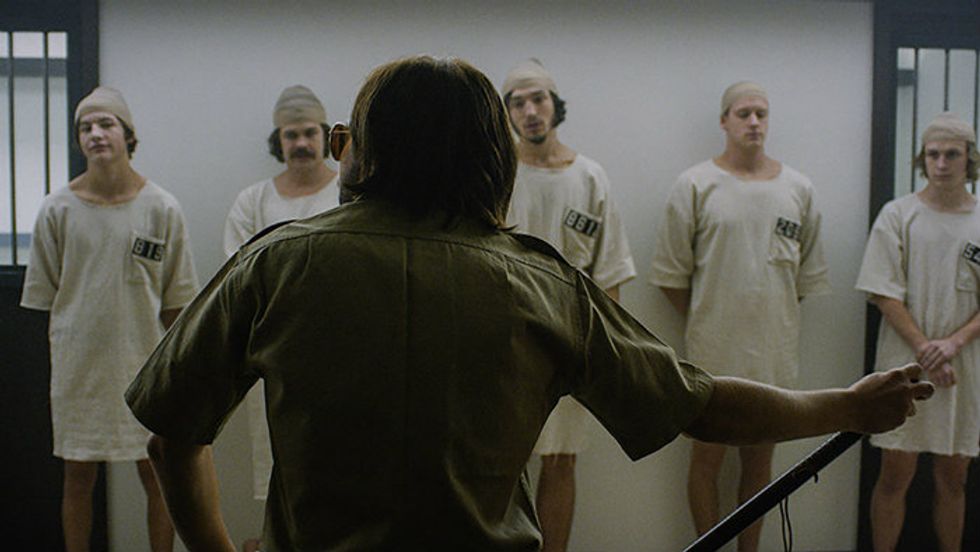 by Eric Thurm
PAPERMAG
The infamous Stanford Prison Experiment, in which psychology professor Philip Zimbardo set up a false prison and watched as the "guards" -- arbitrarily assigned their roles -- began to dehumanize and brutalize the "inmates" is ready-made for dramatization. Hell, Zimbardo's girlfriend was the one who had to forcefully put the experiment to a stop (spoilers) after only six days. So the first trailer for the movie based on the incident looks promising. Certainly, it has a fabulous cast, including Ezra Miller, Olivia Thirlby, and Billy Crudup as Zimbardo. Check out the first trailer for the movie, below.