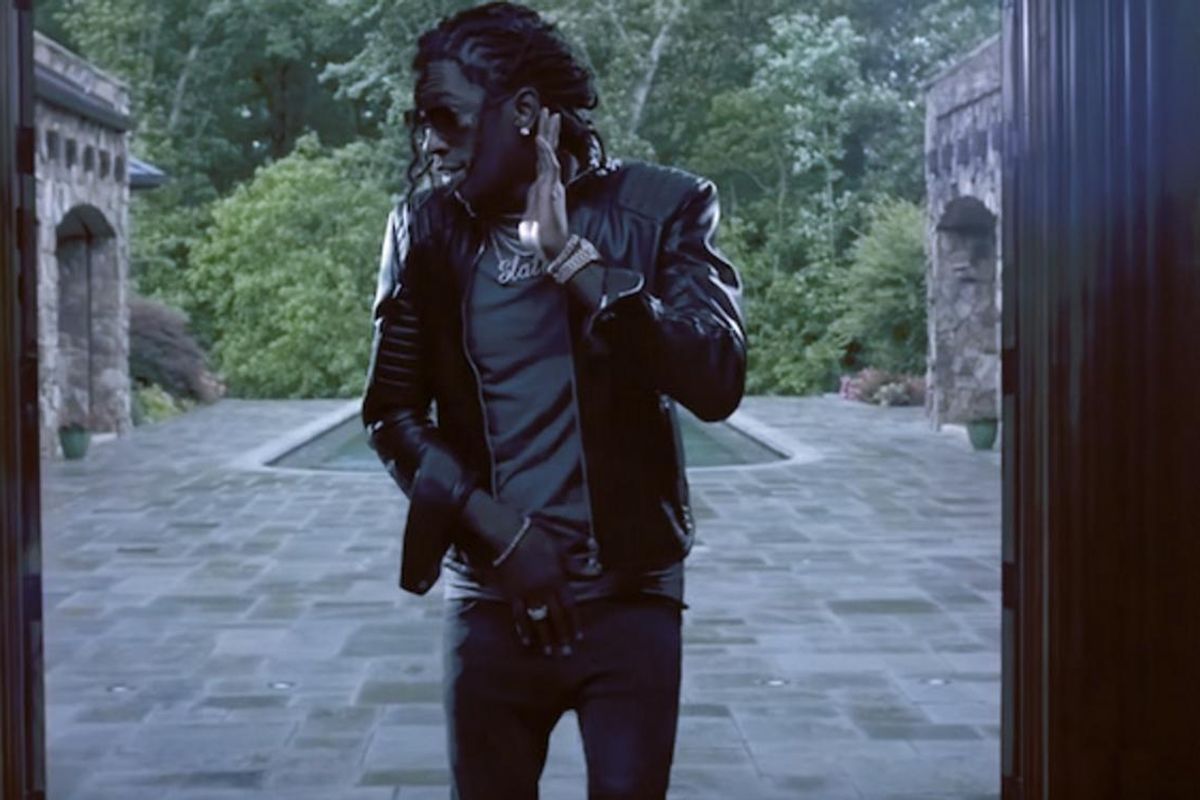 Young Thug's new single is titled "Turn Up." It comes at the heels of Thugger's other recent release, "Gangster Shit," as well as his Travis Scott and Usher collaborations.

The video, directed by Garfield Larmond, flaunts his romance with girlfriend Jerrika Karlae, and helps launch Karlae's swimwear line, Karlae Swimwear. In it, Karlae is front and center as both business woman and beau. Showcasing her unique swimwear designs and her undying love for Young Thug, writhes around unfettered and flawlessly struts her stuff in a house with half-nekkid ladies that Thugger barely pays attention to and never touches.