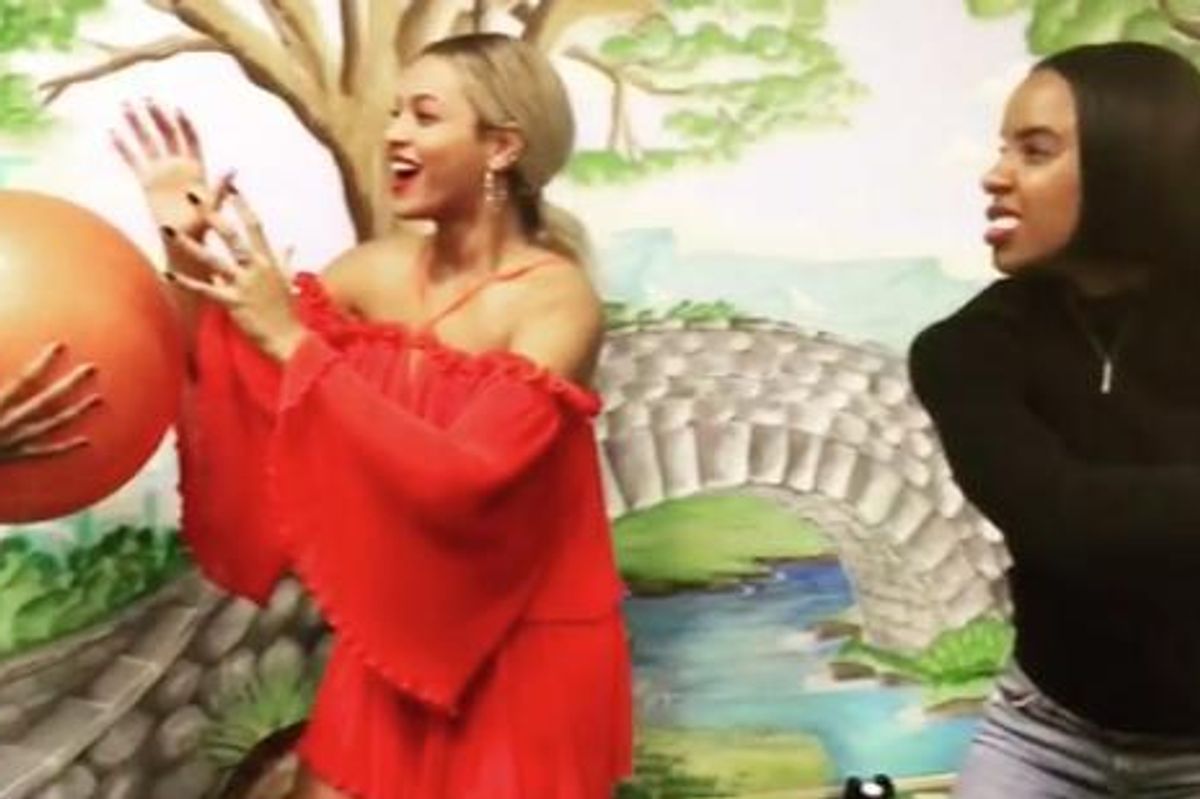 [UPDATE 11/10/16, 10:30 a.m: In what is hopefully an attempt to cheer the world up, Sir Paul McCartney (aka the best Beatle, don't @ me) has gifted us with his participation in the #MannequinChallenge and confirmation that Rae Sremmurd are, indeed, the future of music.]

If you've been on the Internet in the past week or so, you've likely noticed the #MannequinChallenge on your timelines -- a new viral trend in which groups freeze into a dramatic pose as a camera pans the scene. However a few of our favorite celebs are taking it to the next level, attempting to one-up each other with elaborate freezescapes involving huge groups, intricate posing and some A-list cameos. As such, we've decided to round up a few of our favorite to surface in the past few days, including some familiar faces à la Young Thug, Destiny's Child and more -- check 'em out below, and keep in mind that if you attempt the challenge for yourself, you'll likely need to rally up a crowd the size of Rae Sremmurd's. "Look Alive," huh?

Dancing With The Stars

And while all of those are great, Dizzy Wright definitely won in our humble opinions.