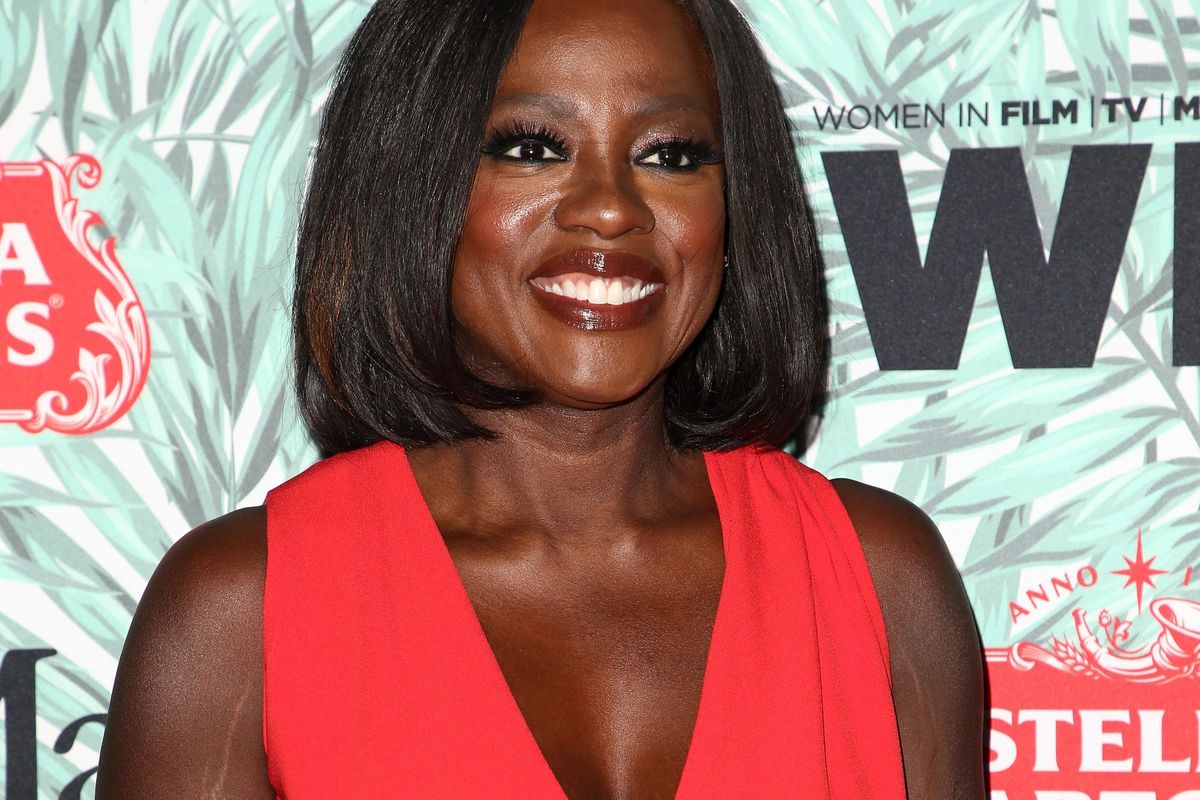 But not without some HIGH drama at the end. Warren Beaty's initial reading of the envelope named La La Land winners--and what everyone had considered to be the predictable, expected ending to the broadcast rolled on. Producers and cast all filed on stage. Speeches were made. And then one man shouted out that Moonlight had won.

But this was not an "Adele thanks Beyonce" moment. No--Moonlight did, in fact, win Best Picture. The card was held up and zoomed in on. Beatty took the mic to explain that he'd been handed the wrong card (an announcement of Emma Stone's win) and...just ran with it, I guess?

But the end result was Moonlight taking the top prize, and Barry Jenkins on stage, once again, to declare "To hell with dreams. I'm done with it. This is true."

PAPER fave Moonlight took home the Best Adapted Screenplay Award. In their speeches, Tarell Avlin McCraney and Barry Jenkins (who was also up for Best Director), reminded the world that they were providing a mirror for people who do not often see themselves on screen. "All you people out there who feel like there's no mirror for you, that your life is not reflected, the academy has your back, the ACLU has your back, we have your back and over the next four years we will not leave you alone. We will not forget you," said Jenkins.

"This goes out to all those black and brown boys and girls and non-gender conforming who don't see themselves," added McCraney. "We are trying to show you you and us. So thank you, thank you, this is for you."

Iranian director Asghar Farhadi won Best Foreign Language Film for The Salesman (his second) but he was not in attendance, boycotting the ceremony over Donald Trump's Muslim ban. In his stead, Anousheh Ansari read a statement from Farhadi. "My absence is out of respect for the people of my country and those of other six nations whom have been disrespected by the inhuman law that bans entry of immigrants to the US," he wrote. "Dividing the world into the 'us' and 'our enemies' categories creates fear. A deceitful justification for aggression and war."

Asghar Farhadi, who did not attend the #Oscars, in a statement following his win for Best Foreign Language Film. https://t.co/NyoIMBXzow pic.twitter.com/Wc0ckly36j
— ABC News (@ABC) February 27, 2017

Netflix's The White Helmets took the statue for Documentary Short. The film, which follows the people who rescue survivors after bombings in Syria, made headlines earlier this year because cinematographer Khaled Khateeb was denied entry to the States to attend, despite having a visa. During their acceptance speech, directors Orlando von Einsiedel and Joanna Natasegara read out a statement from Raed al Saleh, head of the White Helmets: "We are so grateful that this film has highlighted our work to the world. Our organization is guided by a verse in the Koran: 'To save one life is to save all of humanity.' We have saved more than 82,000 civilian lives."

Statement read on behalf of Raed Al Saleh, head of the White Helmets: "Work on the side of life..." #Oscarspic.twitter.com/BhJZPKldOH
— ريم الحرمي (@Reem_AlHarmi) February 27, 2017

Viola Davis won the Supporting Actress Oscar for her role in Fences. In her speech (which, thankfully, no one from the production attempted to cut short) she thanked her family and extolled the virtues of art (and August Wilson) for giving voice to regular people. "People ask me all the time, what kind of stories do you want to tell, Viola? The stories of the people who dreamed big and never saw those dreams to fruition. People who fell in love and lost," she said. "Here's to August Wilson, who exhumed and exalted the ordinary people." Watch it all below.

. @violadavis #Oscars acceptance speech: Artists "the only profession that celebrate what it means to live a life" https://t.co/aH5xJog6r7 pic.twitter.com/rI72PIIYNS
— ABC News (@ABC) February 27, 2017