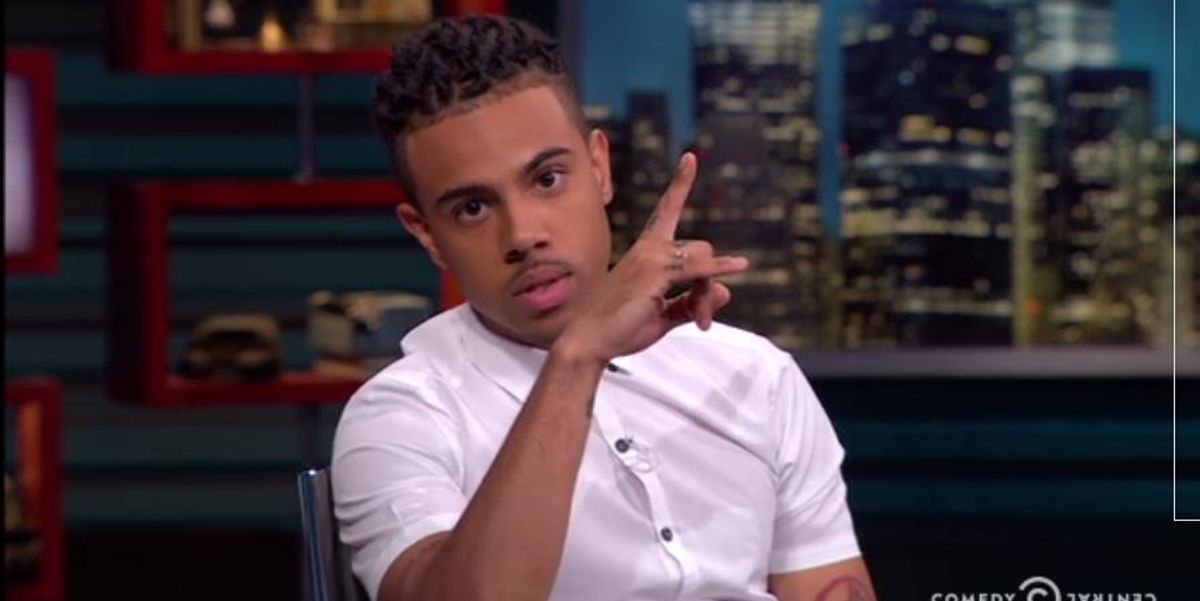 Yesterday, Vic Mensa went on The Nightly Show with Larry Wilmore to discuss the backlash R&B singer Justin Timberlake caused earlier this week while responding to Jesse Williams' BET Awards speech on racism and cultural appropriation. Timberlake, who initially tweeted in support of Williams, came under fire for a string of tonedeaf, "we are one"-esque tweets after a follower took him to task for his own cultural appropriation.

Oh, you sweet soul. The more you realize that we are the same, the more we can have a conversation.

I feel misunderstood. I responded to a specific tweet that wasn't meant to be a general response. I shouldn't have responded anyway...
— Justin Timberlake (@jtimberlake) June 27, 2016

I forget this forum sometimes... I was truly inspired by @iJesseWilliams speech because I really do feel that we are all one... A human race
— Justin Timberlake (@jtimberlake) June 27, 2016

Timberlake later apologized to anyone who felt offended for his headdesk-inducing tweets.

I apologize to anyone that felt I was out of turn. I have nothing but LOVE FOR YOU AND ALL OF US.

So last night, Mensa took the original Twitter user's point further and sussed out the hypocrisy of Timberlake capitalizing on and "benefiting" from historically black sounds, dances and culture...all while failing to actually engage with the issues affecting black people today -- i.e. #BlackLivesMatter, the Flint Water Crisis, police brutality, etc.

"If you roll down Justin Timberlake's Twitter for the past two years, which I just did, you see nothing that supports black people when it's more difficult, when there's a struggle," Mensa said. "With everything that's going on, and everybody that's been killed by police on camera in the last couple of years, there's no #BlackLivesMatter; there's no 'praying for Baltimore;' there's no 'praying for Flint,' you know, because that's a dangerous subject for him to touch. And we're not feeling him being down when it's beneficial to him, and turning a blind eye when it could be dangerous."

However, he later tweeted that his intention on the show was "not to bash Justin Timberlake" and that he "was just shedding some light on the idea of cultural appropriation."

My statements on @TheNightlyShow were not to bash Justin timberlake. I was just shedding some light on the idea of cultural appropriation
— still alive (@VicMensa) June 30, 2016

Watch the full discussion below.