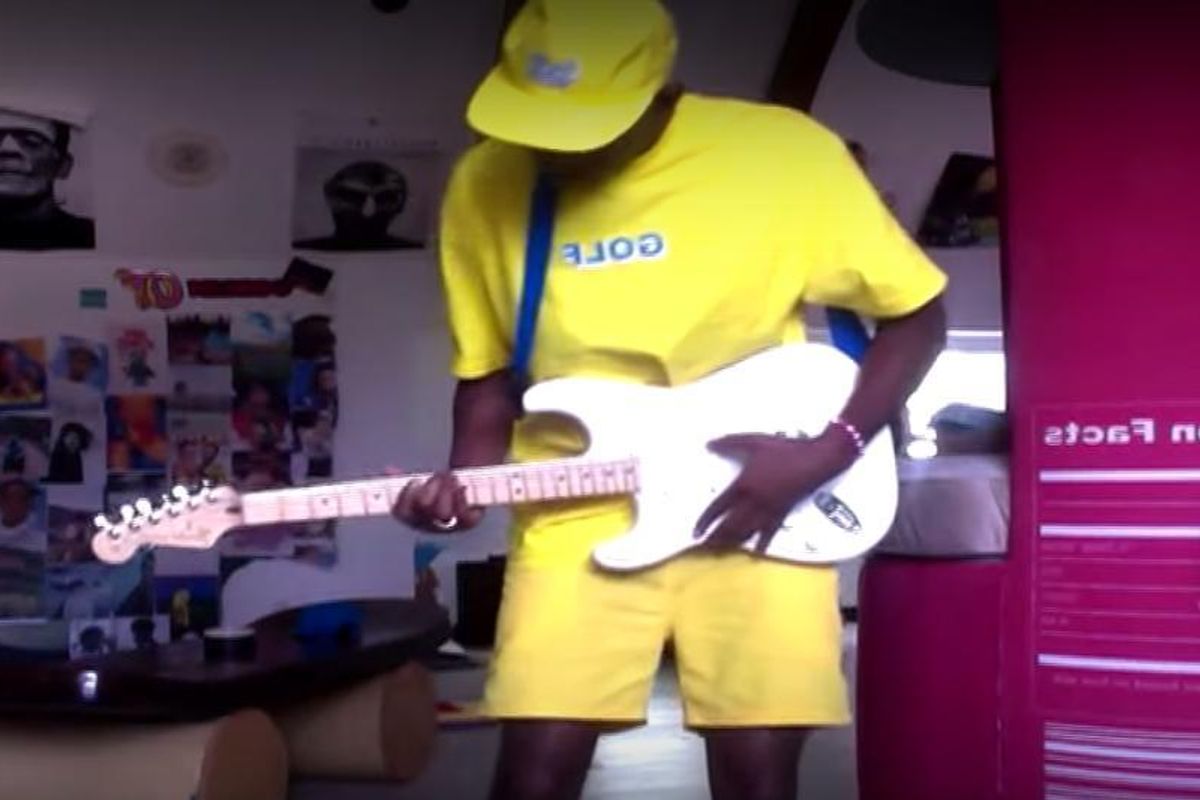 Tyler the Creator remixed "Pillow Talk," the smash hit single off of Paper's 'SEXY' issue cover star Zayn Malik's debut solo album, Mind of Mine. The video accompaniment, which Tyler the Creator uploaded this afternoon, features Tyler shredding on a guitar, gyrating and hilariously vibing out to his unfinished remix of "Pillow Talk" in a bro pad that looks like it could double as a gallery art installation.

Tyler tweeted that the remix was recorded in March. He also explained his hilarious video: "Recorded the video because "I HAD NO ART TO GO ALONG WITH IT."

A Twitter user inquired about the fact that Zayn and Tyler have not collaborated yet, though they were slated to. Tyler informed him: "CAUSE THAT NIGGA FLAKED ON STUDIO SESSIONS TWICE."

CAUSE THAT NIGGA FLAKED ON STUDIO SESSIONS TWICE https://t.co/npfeav3BOX

Note to all future Tyler collaborators: If you don't show up to your studio time, Tyler will go rogue with homemade videos and really excellent remixes of your songs.