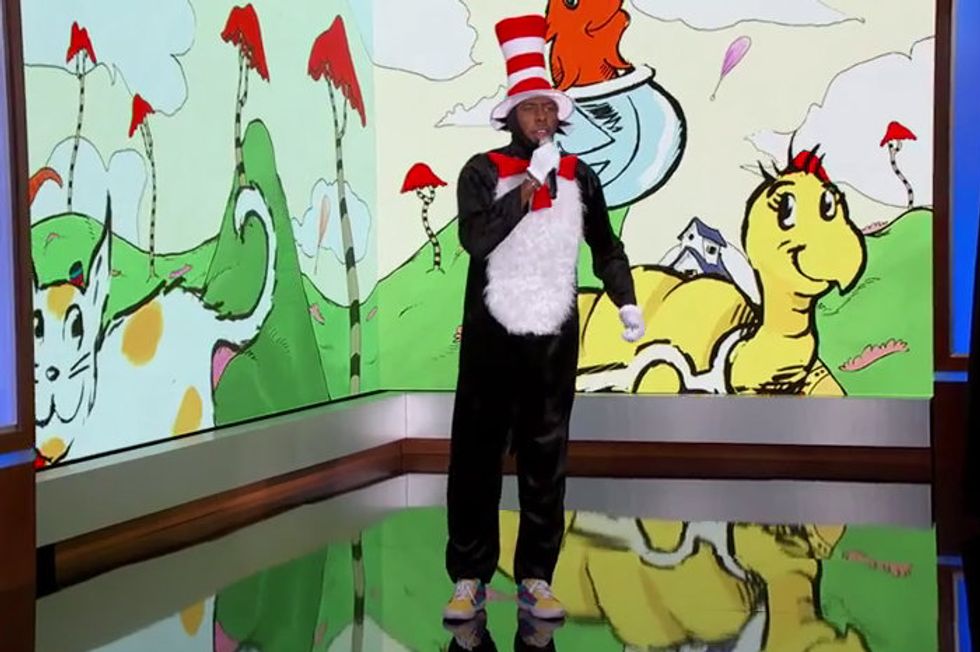 by Eric Thurm
PAPERMAG
The one thing you can never say about Tyler, the Creator is that he doesn't know how to have fun. The rapper has been busy touring behind his new record, Cherry Bomb, but has also found the time to get fans to eat vomit and launch a new app that allows him to host big screenings of Zoolander. Last night, he appeared on Jimmy Kimmel Live! to narrate the recently published Dr. Seuss book, What Pet Should I Get? -- appropriately dressed as the Cat in the Hat. Kimmel has some issues with the rapping (maybe he was just still really sad about the lion?), but Tyler mostly gets the chance to strike back (he calls the segment "whack"). It's a kind of weird, but mostly endearing piece of late-night television, which you can check out below.