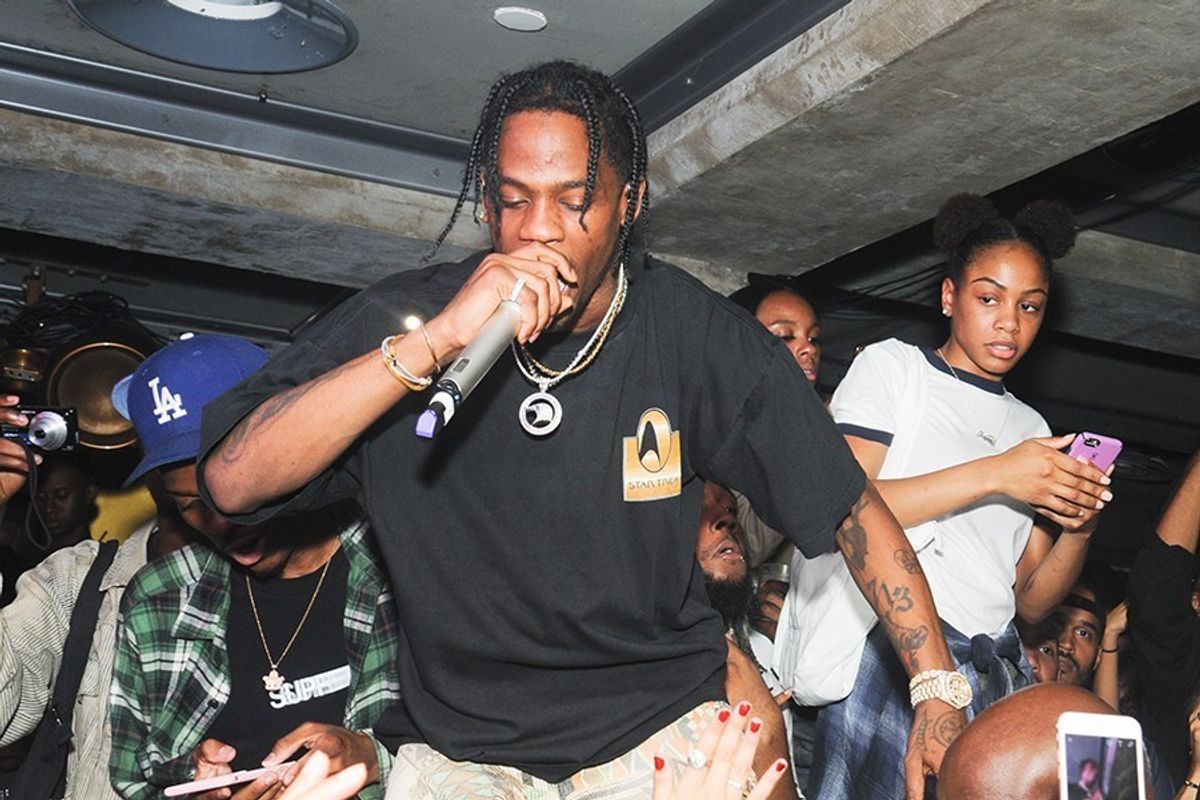 Travis Scott has released a short documentary, "La Flame," which gives a behind-the-scenes look at the making of the rapper's highly successful album Birds in the Trap Sing McKnight. Birds is Scott's follow up to his 2015 debut Rodeo, and in the 18-minute "La Flame," we see tour footage as well as the making of the new album. The film features cameos from Seth Rogen (seen recording the first episode of Scott's Beats 1 show ".wav radio"), Yeezy, Migos' Quavo, Kevin Garnett, and even Puff Daddy rocking a 70s wig from Beyonce's birthday party.


The film also features, of course, tons of Scott tracks, including "Antidote" and "way back."