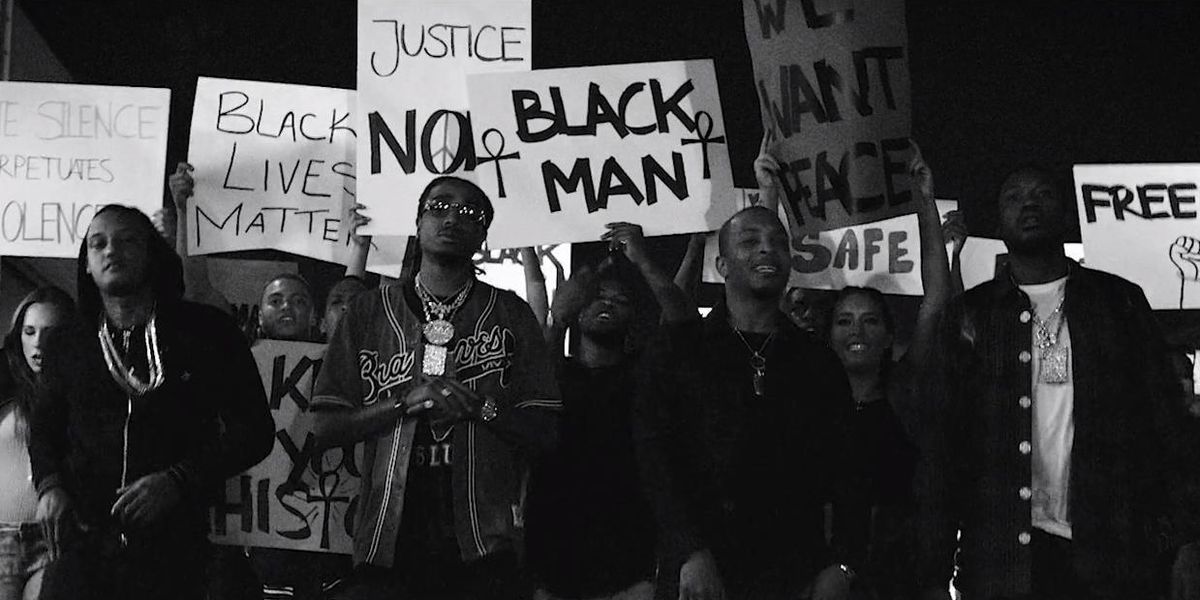 Earlier today, T.I. dropped the video for his politically-charged new track "Black Man" on the heels of the police shootings of Terence Crutcher and Keith Lamont Scott.

Taken from his surprise six-song EP called Us or Else, which he says was recorded after "the repeated deaths of unarmed black citizens at the hands of police," the video features Meek Mill, Migos' Quavo and RaRa taking turns hanging off a backpack after Quavo is pulled over by police, all while calling out the officers who "see I got my hands up / Still wanna kill me, they don't understand us / They be looking for a reason just to shoot me."

"I continually see injustices happening and I had to speak out," T.I. said in an accompanying statement, which also notes that a portion of the Us or Else proceeds will go toward social justice organization Sankofa.org. "There are millions of people, many who have supported me, who don't have the privilege of having a platform like mine. This is my opportunity to be their voice, to bring attention to their suffering and my attempt to also right some wrongs. But I also want us to wake up and invest in ourselves and our communities." Watch the video in full below.