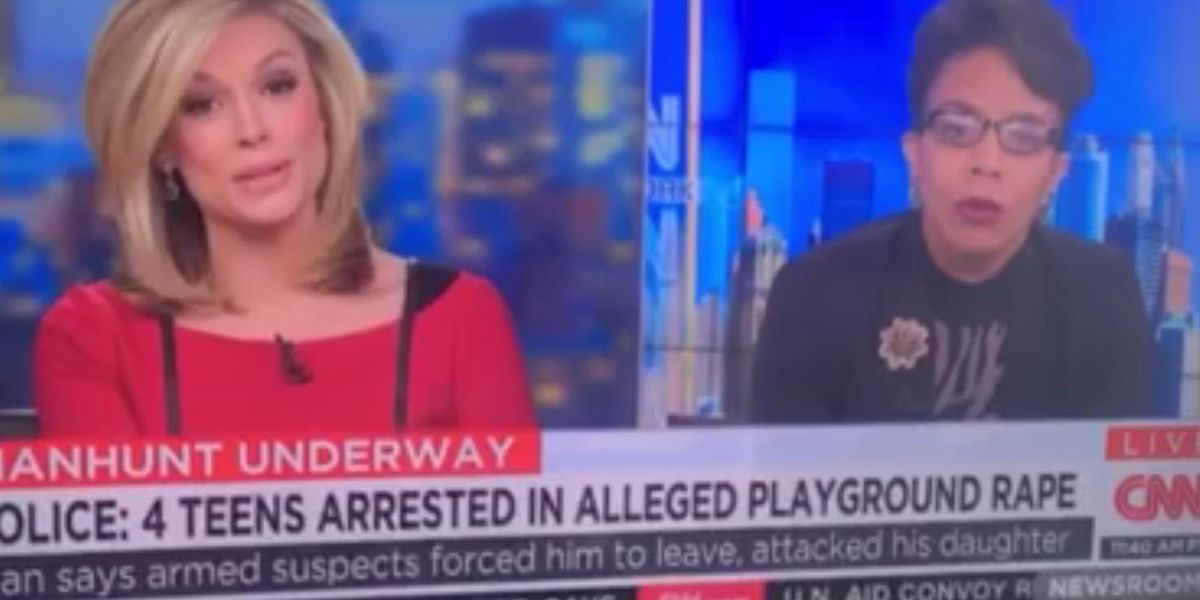 It's unfortunate, but "she was asking for it" culture is still alive, well and perpetuated by mainstream media on the daily -- as evidenced by CNN host Pamela Brown's initial line of questioning during a discussion of a horrific gang rape of a teenage girl that happened last Thursday in a Brooklyn playground. However, interviewee NYC Councilwoman Laurie Cumbo had the perfect response to all the "but law enforcement said she was drunk and combative" talk that's been surrounding this still-developing case -- a shut-down statement that speaks so much truth in a climate where rape is still permissible and blame often placed upon the victim.

"Individuals often talk about the woman. They rarely talk about the individuals who actually committed the rape," Cumbo said. "That's what we should focus on. We shouldn't talk about whether she was drunk, or whether she was properly dressed or the time of the evening that it happened. That's too typical of the situation of how we discuss rape in the city, the nation and really the world."

Cumbo says she believes a lot of it is spurred by "neglect," as the rape happened in the struggling neighborhood of Brownsville, where "they are thinking that no one really cares about what we do in this community."

"We're discussing this matter because we want to let individuals know, whether you're on the Upper East Side or Brownsville, all women matter," she finished. "And we're here to make sure that message is sent loud and clear."

Snaps all around, Councilwoman, snaps. Watch the segment for yourself below.

Was just watching CNN, and this women on the right just shut down this CNN reporter who asked her about the victim of a rape. Seriously everyone must watch this, all women matter.Edit: The Women on the rights name is Laurie Cumbo, she is in the New York City Council.
Posted by Ben Pall on Monday, 11 January 2016