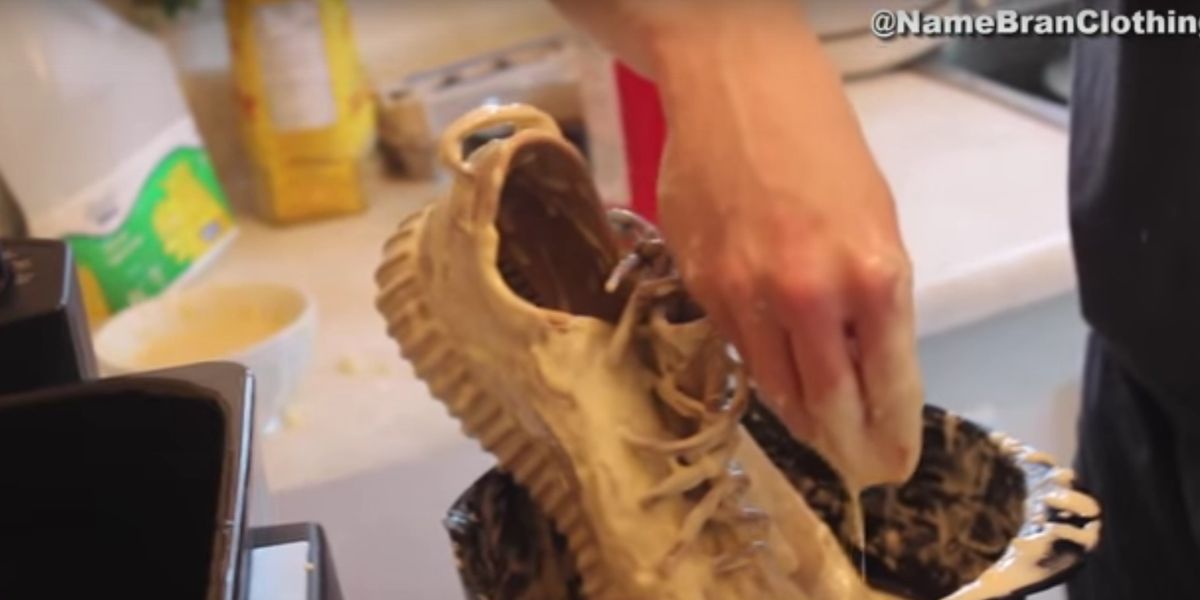 Watch This Bro Deep Fry His Yeezys Because, Internet

Today in terrible web deep dives, we bring you an intrepid YouTube bro who's apparently shunned an eBay goldmine in a bid for Internet notoriety via his new, aptly-dubbed "I DEEP FRIED MY YEEZY BOOSTS" short.

Equal parts Guy Fieri b-roll and BroBible troll, the video sees one Canadian clothing vlogger named NameBranClothing performing a series of headache-inducing slapstick routines -- from drinking a huge handle of vodka to pretending to call his mom to, of course, deep frying his much-hyped footwear.

Watch the entire thing below and try not to scream on behalf of all those Russians who waited three days for their pair.