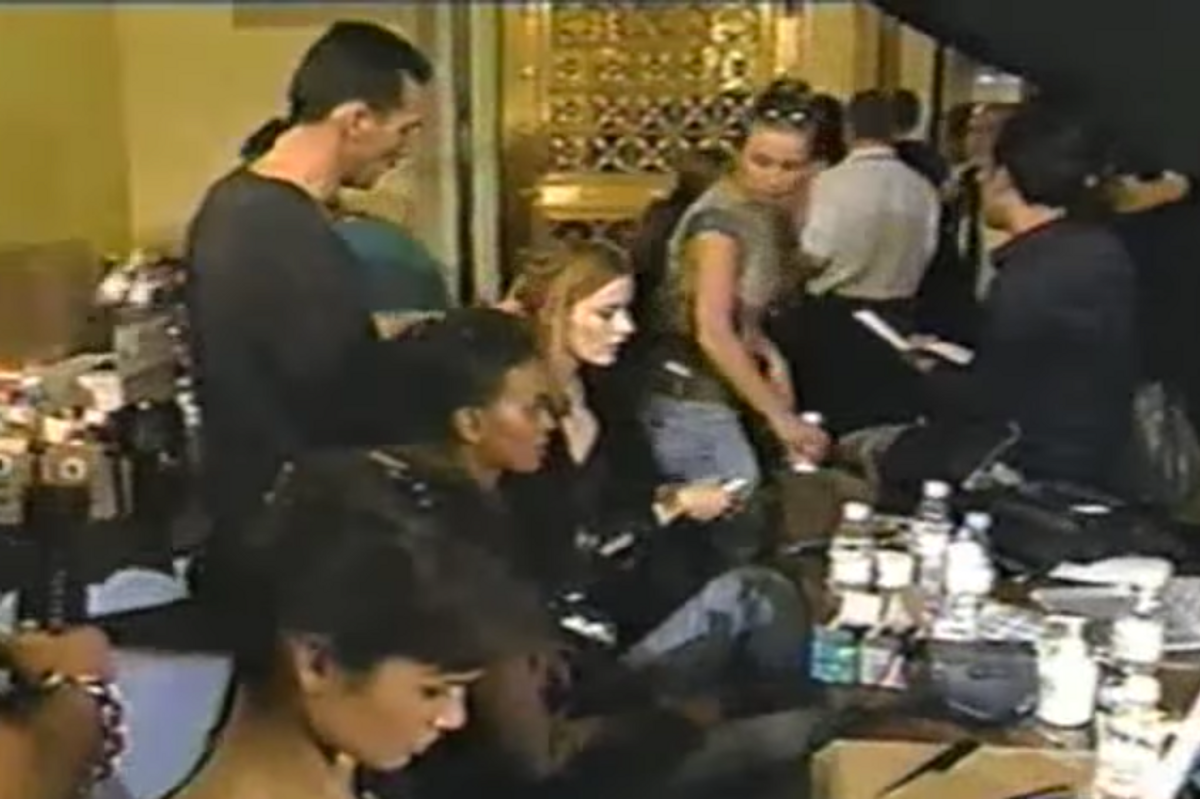 As #NYFW is officially underway, here is a timely bit of fashion archaeology: in 2003, A&E produced a fabulously early-aughts-style documentary/special called Models: The Real Skinny that is a glorious relic of pre-social media industry sausage making.

The program follows three models, Sam Payette, a pre-Marc Jacobs-muse Jamie Bochert, and a recently-rehabbed Meisel favorite, Amy Wesson, as they navigate go-sees, castings and the general grind of fashion week from a model's point of view. This clip is unfortunately all that remains online (and h/t to @dzgaines), but it gives enough of a taste of just what it was like to be a model during fashion week in the halcyon days of September 2002. Highlights include a baby Zac Posen sporting adorable Chaplin-esque curls, a casting director referring to Naomi Campbell as a "fixer-upper" (!!!), and aughts-fashion-darling-turned-Melania-Trump-coat-maker, Alice Roi, in a totally 2000's PONY trucker hat.

Watching a 20-yr-old Bochert work her Jersey charm for her first New York season, while very unglamorously fighting a kidney infection and trying to dig herself out of a five-figure debt to her agency, is a perfect illustration of what a gauntlet the week is for runway hopefuls. As much as fashion has changed in the last decade and a half, the casting process for new models remains largely the same: hoofing it all across town and hoping to make an impression on the gate keepers who can change your career with one booking. So travel back in time before Instagirls and influencers to when FaceTime meant just getting into the room.